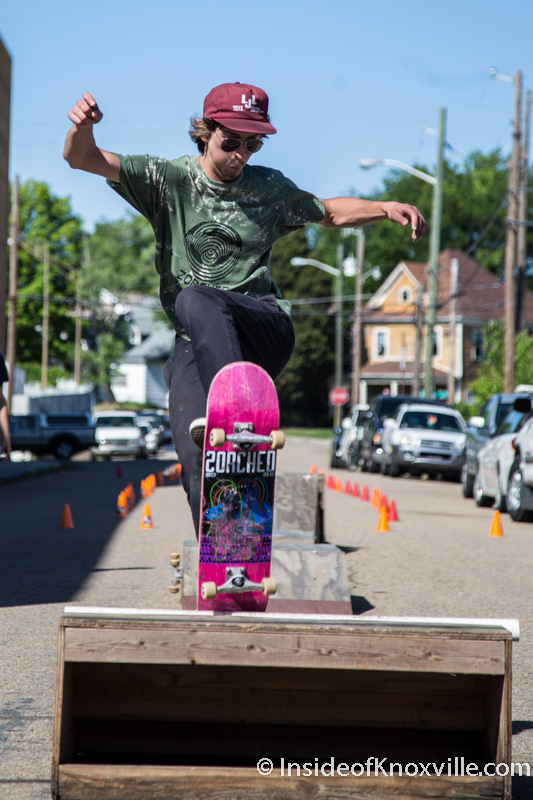 I probably shouldn’t declare the Dogwood Arts Festival the end of Festival Season. Here we are two weeks later and we are looking straight into another weekend filled with festivals and festival-like events. Downtown will be filled on Saturday with biscuit-loving fans for the International Biscuit Festival and that will just be the start of what’s happening that day. The World’s Fair Park will be filled with not one, but two festivals. The Children’s Festival of Reading runs from 10 – 3 on the north lawn, while the Beer, Bourbon and BBQ Festival will take up residence on the south lawn from noon – 6:00 PM.

That’s easily enough for three weekends, but it’s only Saturday. It’s not even all of Saturday, with another twenty-or-so additional events listed for the same day – and those are not so little, including the Market Square Farmers’ Market (which was great this past weekend), Blue Mother Tupelo on the Blue Plate Special, of all things, and Old Crow Medicine Show in the Tennessee Theatre.

Sunday brings a focus on another festive event, though it dances a line one side or the other of being a festival. That day marks the fourth installment of Open Streets Knoxville, an event which captured the city’s attention out the gates and has grown steadily even as it has moved to different locations. An idea first popularized by Gil Penalosa (interview here) in Bogata, Columbia, the concept has spread across the United States and now includes many cities who have adopted some form of the event.

Knoxville’s first Open Streets event, held in October 2015 ran out Central and taking to the streets felt a bit strange to many of us. By the second edition in May 2016, which followed approximately the same route, it felt a bit more normal and more people got into the swing. Asheville hosted their first Open Streets event the fall of last year and  Urban Girl and I slipped over for that, though we missed the third edition, here, which charted a new course out Southerland and into Bearden. Success followed to the new location.

Once again, organizers have shifted the location as they attempt to include as many parts of the city as possible and practical. Taking a turn this time around will be east Knoxville along Magnolia from Randolph Street on the western end to Chestnut to the east. It’s about a mile, all west of Cherry Street which had to remain open as it is a arterial for evacuating the Interstate. The route also includes a little jog to the south of Magnolia along east Depot, which allows the inclusion of Saw Works Brewing Company, in addition to Last Days of Autumn, which is located on the main route.

Beyond the fact that two breweries offer a cool break from a warm day, there will be other differences this time around. The primary distinction is that this iteration starts with an Appalachian Puppet Pageant parade, thanks to the great people at the Cattywampus Puppet Council. You may remember their Dolly puppet from Pridefest last year, but they’ve done much more than that. In recent months they’ve built puppets with students at various schools around the city and this will be their opportunity to make a very large, very long puppet parade as they intend to march the entire route (east to west).

After months of efforts, many of the businesses and churches along the route and nearby are on board and will participate in one way or another. The Vine Middle School cheerleaders will be circulating and, presumably, cheering us out-of-shape people on as we move about the streets. A welding shop on the route will make a contribution and line dancing will be offered by Faye who operates an unlabeled gift shop along the way. It’s an interesting street.

Starting at 2:00 PM and running to 6:00 PM, the event will remain true to its roots in providing opportunities for engaging in physical activity. Unlike other festivals or block parties, this one is about moving – in addition to seeing the space we devote to cars in a new way and to helping us really see a part of town as opposed to driving through it. You’ll find a more-or-less complete list of activities and vendors here.

There looks to be more food and drink options along the route with businesses such as Magnolia Cafe and Time Out Deli being open, in addition to the Tootsie Truck and many other food vendors set up at booths. At least one business will have free hotdogs as their contribution to the event. As always, there are too many events to list, but you’ll see the ones you’ve come to expect along with such things as laser beam obstacles, line dancing, archery (the nerf kind) a bicycle rodeo and tons more.

It promises to be a fun event for all ages and a great opportunity to focus on community health in multiple senses of the word. Make your plans now, pace yourself on Saturday and let’s meet on Magnolia this Sunday.