Options to Do Good and to Think Deeply This Weekend 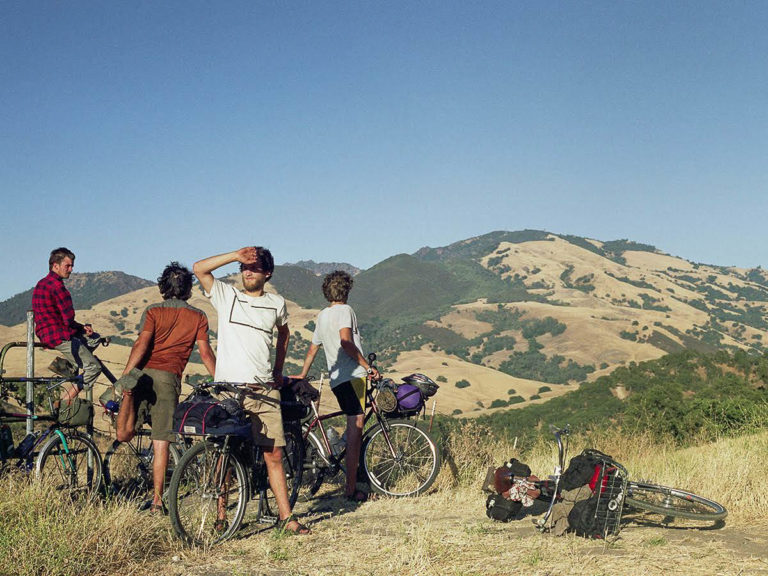 If you count Rhythm n Blooms, where many of us will spend the entire weekend, as one event, there are 58 other options for vying for your weekend fun, according to my 10 Day Planner. The tally includes First Friday events downtown – many of which I didn’t learn about in time to include on the calendar, such as Saint Tatoo at Sapphire, so there’s plenty on the list and more that you’ll run into if you wander about.

There are a couple of really interesting and, I think, uplifting, events that I’ll call your attention to before I submerge myself in all things Rhythm n Blooms. The first is tonight at Dream Bikes (309 N. Central), where Mitchell Connell will host a fundraiser and photography exhibition, For Miles and Miles that’s worth supporting. The second is on Saturday and marks the beginning of a provocative new series at The Hive (854 N. Central) entitled, “The Embodied Season.”

Mitchell Connell, the Assistant Manager at Dreambikes is offering the exhibition of his photographs as a fundraiser to, “create a college bookstore scholarship fund for the DreamBikes youth interns. I’ve written about the non-profit Dreambikes and their program to help local youth. In addition to job training, the shop makes bikes available for those who need them. Mostly staffed by the paid local teens, they also plan to offer small scholarships to those who remain in their program and 100 percent of the proceeds from this show will go to those scholarships.

Mitchell, a 2015 UT graduate, managed the campus bike shop while a student there. After working as a bike technician at REI, he hiked the Appalachian Trail through and returned to Knoxville where he joined Dreambikes. Of his inspiration for the exhibit, he says, “My life was changed as a teenager when I began traveling by bike. Since then I’ve ridden more than 10,000 miles and taken thousands of photographs along the way. This photography exhibition is a celebration of the bicycle as a means of empowerment and travel, and I hope this show inspires others teens to find the freedom of a bicycle.”

Mitchell has hosted two previous photography exhibitions at 1010 Gallery. This exhibition, “will consist of a very limited run of photographs taken while Connell traveled by bicycle, documenting a span of almost ten years.” Scholarship donations will be accepted at the door and photographs, a limited edition book of photography, t-shirts and custom stickers will all be for sale to benefit the scholarship efforts.

Mitchell will be present and joined by musicians Joseph Gillenwater, Sally Buice, and Spencer Connell. Food trucks will also be available, so you have your food, plus musical and photographic art. It sounds like a good evening for a good cause. The opening reception will take place 6:00 PM to 10:00 PM. Even if you attend Rhythm n Blooms, you might pop over for a few minutes to support this great cause.

The Hive, which I first covered here, has become one of several local venues offering unique experiences to their patrons. The Embodied Season workshop is emblematic of those efforts. Hannah Houser, of the Hive, says they hope to include more workshops like this one that are recurring and build on a theme, saying, “We’re very excited about the potential of this workshop to inspire deeper community and conversation (in our city).” This workshop series will share a general theme of seasons, with the first focused on spring and the remaining three to be held quarterly focusing on the other seasons.

Internationally collected artist Ashley Addair, an active member of the local arts community, whose work is currently on display at Nest Knoxville, will facilitate the series of workshops, collaborating for each with a different local woman engaged in creatively doing good in the community. The workshops, while women led, are open to all. Ashley said she felt the, “seasons are tied both to the idea and the area,” and that she wanted to, “put in front of people the creative work that females are doing. Additionally, $5 from each ticket purchase will go towards workshop scholarships for those who might not otherwise be able to participate.

Ashley, originally from southwest Virginia, first arrived in Knoxville about twelve years ago to attend UT, where she studied education. She and her husband, Russ Walker, who owns Knox Revival Paint Company (who also has a First Friday Event at Awaken Coffee: A Good Day’s Work) and performs in the band, Judge Hammer, left Knoxville and tried other places to live but were always drawn back, returning in 2009.

Of her decision to pursue her art full time, she says, “Being from Appalachia, I didn’t know you could do art full time.” She realized that teaching in public schools was not for her, but she retains a love for education. She’s continuously pursued her art since leaving UT, though with three young boys, ages five, three and one, she has her hands full. She also finds time to work with her husband’s company saying that she finds days spent painting as meditative.
Ashley is, “interested in the metaphor of paint as a material, to work out the human experience on canvas,” while her work focuses on color and the act of painting. Her current work carries elements of family history, of living in different socio-economic worlds with the discomfort and room for growth that brings. She’s exploring how, “our lineage is who we are, but how we change and evolve.”
She’ll be joined for this first workshop by Amelia Peterson, co-founder of River & Rail Theatre, which I featured last December. Amelia will be teaching meditative techniques she’s used in the world of theater and an exploration of spatial awareness and of the idea of our bodies as a listening tool. After beginning the session with meditation and mindfulness, participants will be guided by Ashley to make, “soft sculptures.” Participants will be guided to formulate questions and engage in tactile explorations of those questions as they construct their soft sculptures.
In the end, Ashley says it’s really about, “renewal and regenerative thinking – what we want to cultivate in our world.” Indeed. The classes are $35 per session or $120 for the four workshop series. There is limited space, so you might want to follow the link to get your tickets prior to the class.
I’ll hit you up with this week’s 10 Day planner on Sunday and we’ll start it all over again. Also, I’d love for you to join me on Knoxcentric: Powered by Inside of Knoxville on WUTK, 90.3 FM (and streamed here), when my guest will be Rene Hoyos of the Tennessee Clean Water Network.