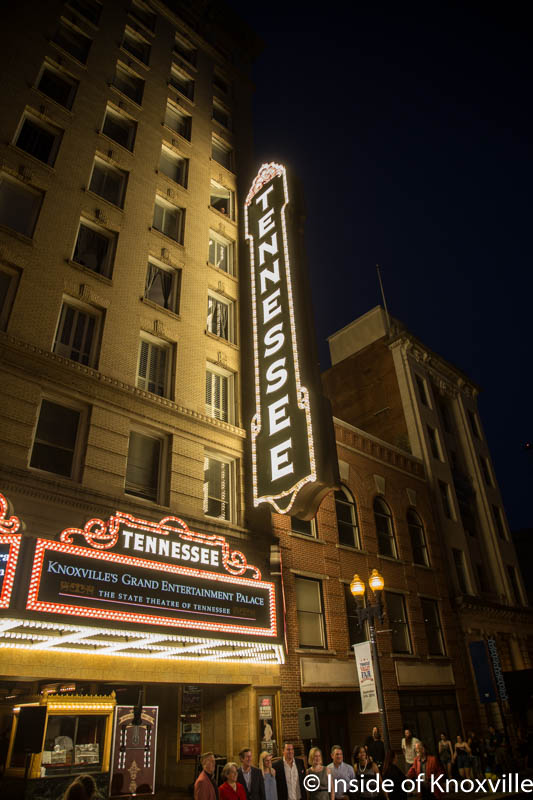 Last night Keep Knoxville Beautiful held its annual Orchid Awards at the Standard. The awards have honored Knoxville’s most beautiful properties since 1979. The organization was founded in 1978 to help cleaning up the city in preparation for the 1982 World’s Fair. The group educates regarding environmental stewardship, organizes litter pickups and creates murals and beautification mobs. In 2016 the group held 65 litter pickups collecting 72K pounds of trash, planted 18K daffodil and tulip bulbs, planted 100 crepe myrtles and much more, involving 1,669 volunteers.

Last year I wrote about the awards and found it to heavily favor downtown buildings and projects. You can see that article and last year’s winners here. Last night’s award ceremony featured a presentation and remarks from Mayor Rogero and an interesting presentation on landscape architecture by Gale Fulton, Director of the School of Landscape Architecture at UT. The crux of his presentation would be interesting to many of you as he said the focus in the field has shifted from simple aesthetics to multi-function landscapes. I may have more on that in an a later article.

Mayor Rogero presented the first Felicia Harris Hoehne award to Felicia Harris Hoehne, a long time member, officer and supporter of the organization. The mayor noted that Felicia is the only person she knows who hires people to clean up other people’s neighborhoods. The nominations in each of the seven categories included at least one, and often multiple downtown properties, but covers the larger Knoxville area. I was pleased to have provided a number of the photographs used in the presentation of the awards.

The award for New Architecture included a nomination for the Market Square Restroom Facilities, which must be a pretty rare architectural nod for toilet facilities. The category, however, included some stiff competition and the winner went to the Natalie Haslam Music Center on UT campus.

Redesign/Reuse is definitely in downtown’s wheelhouse and the nominations reflected as much. Of the twelve nominations, six were, arguably, downtown. Receiving nods from our part of town were Geo Hair Lab, Patricia Nash Designs, The Daniel, The Mill and Mine, Sixth Avenue Warehouses and the 1894 Saloon Building. Two of the nominees were given the award and both were downtown projects, with both The Daniel and Patricia Nash Designs recognized.

The Restaurant/Cafe/Bar/Brewery should be a natural for downtown, as we seem to have a constant stream of openings, many of them quite well done. Downtown completely, 100% dominated the category, with all ten of the nominees being downtown establishments. The nominees included A Dopo Pizzeria, Alliance Brewing Company, Balter Beerworks, J.C. Holdway, Juice Bar Market Square, K Brew, Lonesome Dove, Remedy Coffee, Schulz Bräu Brewing Company and Wild Love Bakehouse (here’s the article on Wild Love Bakehouse after it was finished). As with the Redesign/Reuse category, two businesses, Balter Beerworks and K Brew shared the award.

Outdoor Spaces may not be something people outside downtown think of when they think of downtown, but we actually have quite a few and, most certainly, the three outdoor spaces where more people gather than any other outdoor spaces in east Tennessee: Neyland Stadium, the World’s Fair Park and Market Square. The six nominees included four I would argue are downtown or downtown related: Baker Creek Preserve, Old City Gardens, the Secret Garden at the Knoxville Botanical Garden and Arboretum and Suttree Landing Park. Suttree Landing Park took the award.

The Public Art category should also be a strength for downtown. Mostly focusing on murals, the category included eight nominees and, of those, four or more were arguably downtown, including Knoxville Graphic House , Alliance Brewing Company‘s mural, the Locust Street Pedestrian Bridge and the Emporium Center underground mural. The win went to the Locust Street Pedestrian Bridge which is both functional and aesthetically interesting with a mountain design in the sides and multi-colored LED lights to change its look as desired.

The Environmental Stewardship award included one which is near downtown: Beardsley Farm. Also nominated were the City of Knoxville Public Works Complex and the Joint Institute for Advanced Materials, the latter of which was the winner.

Mary Lou Horner was the founder of Keep Knoxville Beautiful and an award named in her honor, the Mary Lou Horner Award is given each year to a former Orchid Award winner whose property continues to be exemplary. Each of the three nominees are located downtown: Knoxville Botanical Gardens and Arboretum, Lonesome Dove (formerly winning as Patrick Sullivan’s) and the Tennessee Theatre. The Tennessee Theatre won the award based on their recent improvement of the blade sign and marquee.

You can learn more about the awards and Keep Knoxville Beautiful when Executive Director, Patience Melnik, joins me Sunday morning on Knoxcentric: Powered by Inside of Knoxville on WUTK at 10:00 AM.