Waynestock Seven Highlights the Weekend with Hugs and Great Music 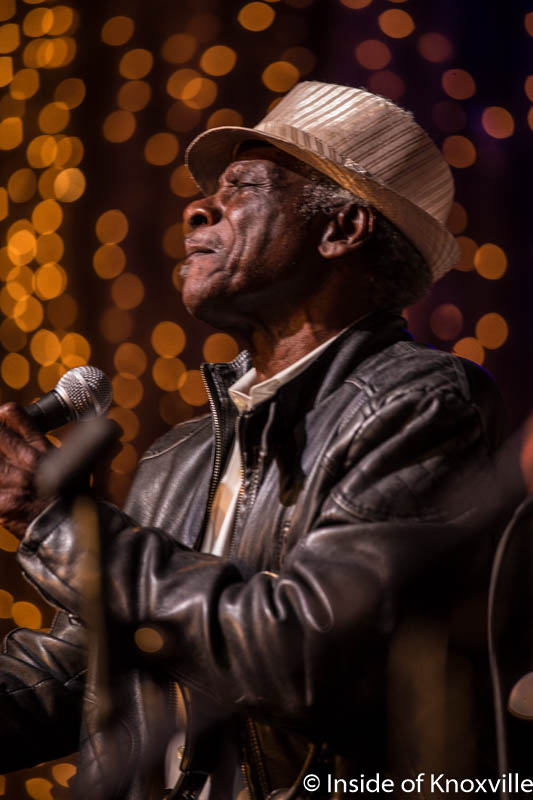 Waynestock started six years ago as a tip of the hat to Wayne Bledsoe who had recently lost his son. Wayne had done so much to help the local music community and they wanted to give back. Not originally planned as a running festival, a second year focused on helping the family of Phil Pollard who had led his Band of Humans locally and whose sudden death left his family in need. By that time, the pattern was set: Local musicians would come together each year for a worthy cause. This year it was Pilot Light which recently attained non-profit status.

The festival is as much about the companionship and support of Knoxville’s musicians as anything. Attend and watch more hugs-per-minute than you’re likely to see anywhere about. The affection felt for each other is obvious as friends who don’t normally have the chance to play together do so. Men and women who normally front bands happily fade into the background in support of others. And the primary beneficiary is an audience bathed in talent and passion.

Running three nights in past years, the current iteration was trimmed to two nights of amazing music. It started fast and ended with one of the best hours of music I’ll ever need to hear anywhere. First up was Exit 65 a band with decades under their belts, but with new members who have brought new energy to the band’s music.

They were followed by the John Myers Band which featured some of the same members as the first act. John has been making his rhythm and blues and gospel music since the 1950’s and, at age 81 is still going strong. His 2010 album, “I Ain’t Going Nowhere,” is a favorite I return to many times. He, as usual, rocked the house. One person told me that they’d said to him he took them to church. He was pleased.

Andrew Leahey and the Homestead have played Knoxville more often in recent months because Andrew’s wife is pursuing studies at UT, bringing him this way more often. That’s our good fortune, as the band’s brand of high energy, melodic rock is infectious. Again, this is a band I listen to often, having fell in love with them at an appearance at Boyd’s Jig and Reel. Their self-titled album (2011) and more recent EP, “Summer Sleeves,” (2013) are each filled with great songs that will keep you wanting more. See this band when you get a chance.

Sweet Years followed the Homestead and shifted the pace to a quirky, frenetic style familiar to those who have followed the trajectory of drummer Zach Gilleran and guitarist Dakota Smith. Local favorites Guy Marshall played next in what has to be one of the best sets I’ve seen from the band, and I’ve seen them many times and they’ve always been good. Their first album, “The Depression Blues,” (2015) is one of my favorite recent albums by any artist, local or national. Download it and catch the band if you get a chance. Your days of seeing them locally in small venues are likely numbered.

The Billy Widgets ended night one with a hard-driving, high-energy sound that owes as much to punk as to rock. Front-woman Hayley Ball leads the charge with a tremendous stage presence, owning the house. It was my first chance to hear them and, if the harder end of music is your space, you should definitely check them out.

The Greg Horne Band got night two off to a rocking start with well-crafted songs and the excellent musicianship we’ve all come to expect from Greg. His version of rocking Americana was followed by something completely different: Good Guy Collective features cousins Jarius Bush and Black Atticus who first became known to Knoxville music fans through their group, Theorizt, whose 2012 release, “Samurai Love Songs,” still sounds as fresh as it did five years ago.

Paperwork took the stage next, offering their own quirky, fun songs. Built around former members of Marina Orchestra, the high-energy party vibe of the previous band lives on in this rendition. Mic Harrison and the Highscore, Knoxville favorites for long time, are back with new material, with a planned March release for their new disc, “Vanishing South.” Consistently one of the best local rock bands, they were spot-on at Waynestock, as always.

Electric Darling took the final slot for bands and showed how much tighter and solid they are becoming as a unit. Formed in the wake of the defunct Dirty Guv’nahs, former members Cozmo Holloway and Kevin Hyfantus are joined by the charismatic vocal machine, Yasameen Hoffman-Shahin and rhythm section, Aaron Mastin on Keyboard and Garrit Tillman on drums. You’ll not find a more musically talented group and their compelling live show stands with anyone.

The festival ended with an all-star tribute to the many artists we lost this past year. The opening tribute was a bone-chilling performance of “Oh Death,” by Mike McGill in tribute to Dr. Ralph Stanley. To say the crowd was stunned by the performance would not be to overstate the impact. The hour-long set ended with David Bowie’s, “Heroes,” performed majestically by Christina Horn of Hudson K. In between were too many masterful performances to name, but Susan Lee’s performance of “White Rabbit,” in honor of Paul Kantner is as good a single-song performance as I’ve ever heard locally.

As always, it was a magical festival. It is the absolute best place to hear a range of local bands in a short amount of time. I hope you’ll track down some of the tunes by the artists I’ve mentioned. You’ll be happy you did. These photos, obviously, are a small sample of those I took over the two nights. Check the Inside of Knoxville Facebook Page later today for the full package of nearly 200 photographs.