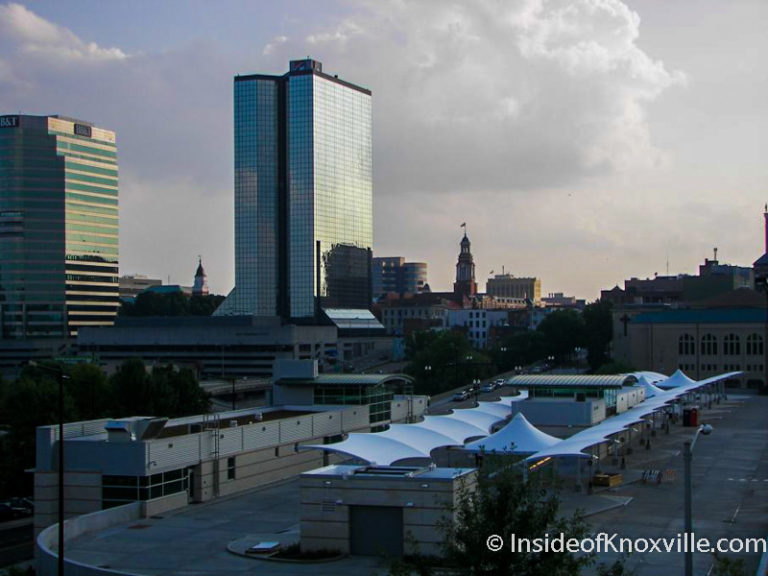 Today we’ll look at some of the issues we talk about or reference often on this city and I’ll share some of the good reading I’ve done recently on each of the topics. We’ll end with a couple of feel-good shout-outs to Knoxville from a national conservation group for good work being done in our city which may have flown under the local radar for many of us.

First, let’s look at cars and what’s happening in a couple of Canadian cities. We’ll start with Montreal where an expanding number of streets are becoming restricted from car traffic. Streets Blog USA reports that plans are underway to add three more street segments – usually added a block or a few at a time – to their car-free zones. Five segments were added each of the last two years and funding to alter the streetscape for the new projects has been set at $ 1.7 million.

The approach is interesting. A segment is identified for a year-long as a trial period, after which the segment returns to normal traffic, becomes seasonally pedestrian or becomes pedestrian on a permanent basis. They’ve now gone up to 45 car-free segments totaling about seven kilometers. Montreal, with a population of over 1.6 million may not be analogous to Knoxville in some respects, still I can think of some segments I’d like to try locally, how about you?

Next up on the travel list in articles which have caught my eye is Vancouver, Canada. Still much larger than Knoxville, it’s a good deal closer at just over 600,000 than Montreal. I’m including an excellent video about transportation in the city. In the 1960s the city rejected the plan to build a freeway there leaving them, according to the video, as the only major north American city without a freeway inside the city.

That move jump-started their journey toward sustainable transportation. Their goal was to have 50% sustainable trips in the city by 2020 and they have already met the goal. Protected bike lanes have produced entire new demographics to the ranks of cyclists and 130 thousand bike trips are made each day, with 10% of the population commuting to work via bikes. A main thoroughfare allows only transit, taxis and pedestrians.

According to the video, a major shift occurred when the mayor and council shifted from emphasizing recreational and sports cycling to a focus on cycling as a major transportation mode. They’ve recently deployed a major bike-sharing system with 600 bikes and plan to expand that to 1500. They also have, according to the video, “the world’s longest light rail system” and one of the most advanced ride-share systems. It’s interesting what a different course a city takes once it makes a basic decision like limiting large highways in its city limits.

A couple of nice acknowledgements that have come Knoxville’s way in recent months caught my attention. The first regards energy and, I’ll admit, while I knew we’d made some strides in this arena – and our air quality improvements reflect it – I really didn’t know we were in line for national recognition. The U.S. Green Building Council in Washington, D.C. recently recognized three cities as having “plans of promise,” that “blaze a path for for sustainable planning and green building.” The three cities were New York City, Oakland, California and Knoxville, Tennessee.

Knoxville, in particular, was singled out for an emphasis on “green homes,” with a focus on making subsidized housing and other city construction more energy efficient. They mentioned, specifically, work done at Lonsdale Homes and the city’s goal of reducing greenhouse gas emissions by 20% by the year 2020. Lonsdale Homes, the article noted, “are the first affordable LEEDv4 homes in the world.” It’s the focus on cutting-edge energy improvements in housing for those who could not afford it themselves which seems to have caught the organization’s attention.

247 Wall Street ranked the 25 cities adding the most jobs last year and Knoxville ranked 16th. While our labor force increased by 16,700 the twelve month period ending in October, the city added 18,000 jobs to out-pace the additions and drive our unemployment rate down to 4.7%, which is below the national average. The focus for us really needs to be on adding quality jobs paying a living wage, however, as the article notes the next anticipated increase in jobs was to be 250 new positions at a Comcast call center.