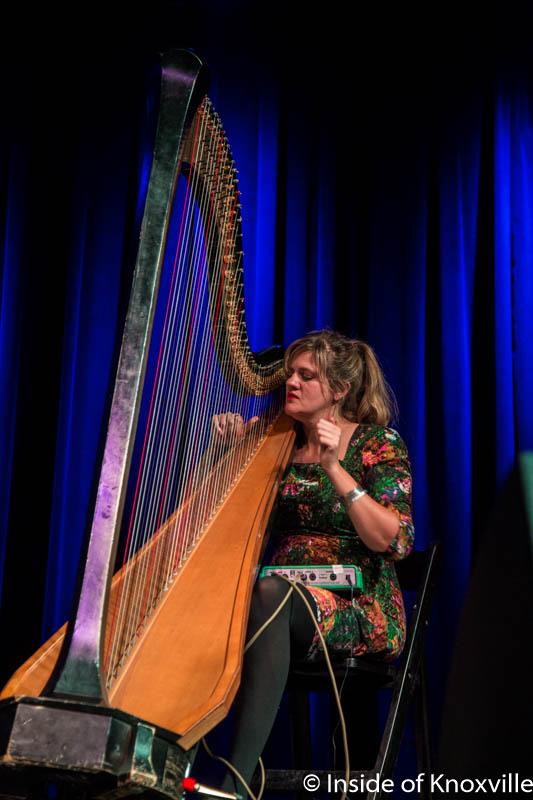 The following press release update to the Big Ears list of artists was provided this morning. Beyond artist additions, clarification is given regarding some of the unique pairings we might expect, many involving members of Wilco. You’ll find the daily lineup at BigEarsFestival.com which is where you will be able to purchase tickets starting at 10:00 AM this Friday.

Of the additions and new performances, from the release:

“The Big Ears Festival is proud to welcome the Knoxville Symphony Orchestra for a special Sunday performance at Knoxville’s premier music hall, the Mill & Mine. Directed by Aram Demirjian, the program will feature pieces from composers John Adams, Matt Aucoin and Bach. “I could not be more thrilled for the KSO to participate in Big Ears, a signature annual event that highlights Knoxville’s growing status as a destination city for the arts,” says Demirjian. “It is essential for the continued vitality of our art form that we shine a spotlight on the music of our time through events like Big Ears. We are delighted and grateful to Ashley Capps and the Big Ears Festival to be featured for the third straight year and look forward to continued future collaboration.”

In addition to their Friday performance as seminal rock band Wilco, individual members of the band will perform throughout the festival weekend. Founding member and leader, Jeff Tweedy, one of American music’s most accomplished songwriters and musicians, will perform an improvisational set with Chikamorachi (and Rangda) drummer Chris Corsano and upright bassist Darin Gray, who will also perform with Wilco member Glenn Kotche in On Fillmore. The Tweedy Meets Chikamorachi collaboration will mark one of the first performances ever by the group. In addition, Wilco keyboardist Mikael Jorgensen and art historian and curator James Merle Thomas bring their extraterrestrial project Quindar to Knoxville for a special performance featuring ambient, electronic experimental music accompanied by film projections from historical archives of NASA and the Smithsonian Institution.

On top of contributing synth and guitar for Colin Stetson’s reimagining of Gorecki’s 3rd symphony for Big Ears 2017, Arcade Fire member Jeremy Gara will join the festival for a special solo, improvisational performance following the release of his first solo album, Limn, which was mastered by Deathprod and Supersilent member, Helge Sten. Other artist additions include the duo of pianist Matthew Shipp and drummer Bobby Kapp, both mainstays of the free and improvisational jazz movements. The duo formed after collaborating on Kapp’s 2015 quartet album Themes 4 Transmutation and performed for the first time as a duo on their 2016 collaborative, fully improvised album Cactus. Aside from his duo with Kapp, Shipp will also perform a solo set during the festival weekend.

Along with their Jem Cohen collaboration, Gravity Hill Sound+Image, some artists will perform additional sets throughout the festival weekend. One such performance will feature singer and lute player George Xylouris, along with internationally acclaimed drummer Jim White, who return to Big Ears as duo Xylouris White. Composer, producer and songwriter, T. Griffin, and his band The Quavers, will bring their combination of acoustic instruments and homespun electronics to Knoxville for a performance during the festival weekend. Led by singer, guitarist and composer, Mira Billotte, White Magic will perform a set of their signature psychedelic, experimental folk. Internationally renowned composer, band leader, saxophonist and sound experimentalist, Matana Roberts, will deliver a solo performance in addition to her collaboration with Cohen. Rounding out additional performances by Cohen collaborators will be Jessica Moss, who will present a unique and mesmerizing solo performance of violin and vocals shaped by electronic effects.

Grammy nominated Theo Bleckmann, who the New York Times describes as “a vocalist of inventive instinct and assiduous musicality,” will be joined by jazz guitarist Ben Monder, who was featured on David Bowie’s final album Blackstar, for a special duo collaboration at this year’s festival. In addition to his genre-bending work, Grenesekoge (The Border Woods), Frode Haltli will deliver a set of solo set for festival fans. Making his first concert appearance in the United States, Norwegian Hardagen fiddle player Nils Økland will perform two special duo sets of traditional and contemporary music, one with harmonium player and pianist Sigbjørn Apeland and another with bassist Mats Eilertsen, in addition to a performance with his Klølvatn band.

All this and more information, including the full lineup, ticketing, and other details can be found at www.BigEarsFestival.com, by “liking” Big Ears Festival on Facebook, by following @BigEarsFestival on Twitter, and by joining the newsletter.”

And, now, if you’ve made it to this point in the article, here’s your chance to win two tickets for the weekend: Go to the Inside of Knoxville Facebook Page. “Like” it if you haven’t. Once you’ve taken care of that, share the Big Ears article from that page and you’re entered to win the tickets. Easy as it can be. I’ll cut it off by about the 24 hour mark. Good luck.