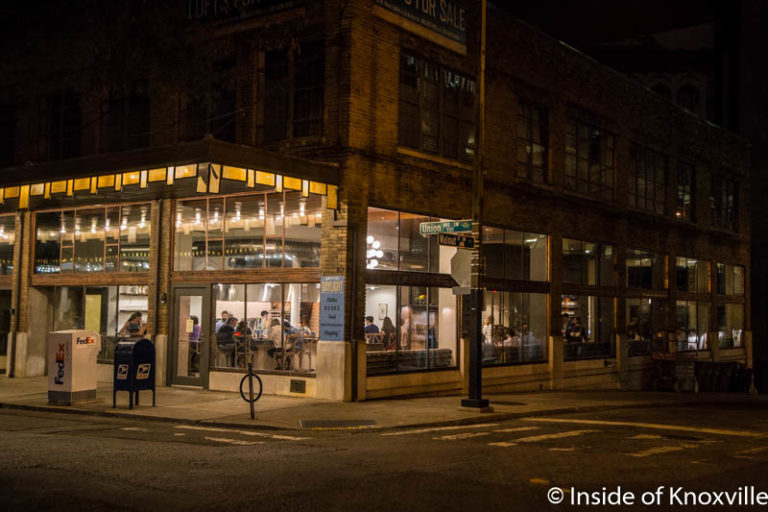 It’s the time of year when I get to really let my inner statistics geek take over – and I get to thank you for being a reader and helping the continued success of the blog. I’ve gotten so much more from this ride than I ever expected and so much more from you than anything I’ve given. 2016 was another great year and that is because of you.

First, the blog again won the Blank Newspaper, Knoxville’s Finest Award for Best Website and Local Facebook Page and Mercury’s 2016 Top Knox Reader’s Poll for best Facebook Page and Blog. These awards are so important for establishing the credibility of an enterprise like this one, that it is hard to overstate. And knowing that the votes came from readers makes it even more special.

I also have to mention the people who allow me to eat while simultaneously spending all my time on this blog. I could not continue to do it without advertisers and I recognize that and appreciate them very much. Some of them have been with me from the beginning and others joined this year, but they make it possible financially, so thank them by clicking an ad and taking a look and by visiting and supporting their businesses. Tell them you appreciate the support, if you will. And, of course, if you’d like to advertise, I’d love that.

Other related numbers: I joined Twitter in May 2013 as Knoxville Urban Guy (https://twitter.com/KnoxUrbanGuy, @knoxvilleurbanguy) and I’ve warmed up a bit to its 140 characters. The following there has grown to 1,880+ and it would be great to hit 2,000 early in the new year. I just started Instagram this year – in January – again as Knoxville Urban Guy (https://www.instagram.com/knoxvilleurbanguy/) and 125 posts later, I’m still working on that. Followers there reached 1,375.

Facebook, of course, is where many of you follow and the Inside of Knoxville Facebook Page is where the blog hit the biggest landmark this year. After starting the year at right around 6,600 FB followers, the page crossed 10,000 in October, ending the year with over 10,700. It’s a pretty mind-boggling landmark for an enterprise that seemed to only slowly get to that first 100 just a few years ago.

A word on the rankings is always important because what is most read, as I’ve said before, isn’t the same as what’s most commented upon. If something gets a lot of comments, it is likely read heavily, but many times heavily read articles just don’t elicit much in the way of comments. Here are the ten articles eliciting the most comments, only two of which made the top 25 Most Read List:

7. Downtown Streets to be Paved –  Is That Really Necessary? (October, 40 comments)

5. Courtyard and Residence Inn by Marriott May Come Downtown (May, 45 comments)

My list of top articles is generated from views recorded for that specific article. Each have been read more times than the number would indicate because many views are counted simply as going to the homepage. Ready? Here are the top twenty-five posts (#25 – #11) of the year out of the 300+ I published:

18. New Downtown Businesses You Might Not Have Noticed (January/4,543 views)

So, there’s the build-up. Interesting to note that A Dopo made it into the top 25 twice, as did the Daylight Building (incl. J.C. Holdway). Some of the articles included long-awaited openings like J.C. Holdway, Maple Hall, Schulz Brau, Chivo Taqueria and Lonesome Dove. Show of hands – how many of you doubted one or more of these would ever actually open? It also includes a couple which are past their projected opening date with no sign of movement: Merchants of Beer and the Brewery/Low Country Restaurant on Krutch Park. Will they open in 2017?

Tune in tomorrow and I’ll tell you the top 10 most read articles on Inside of Knoxville in 2016. In the meantime, maybe it’s time to catch up on the ones you missed in the lists above, and get over to the FB, Instagram and Twitter accounts and join the fun.