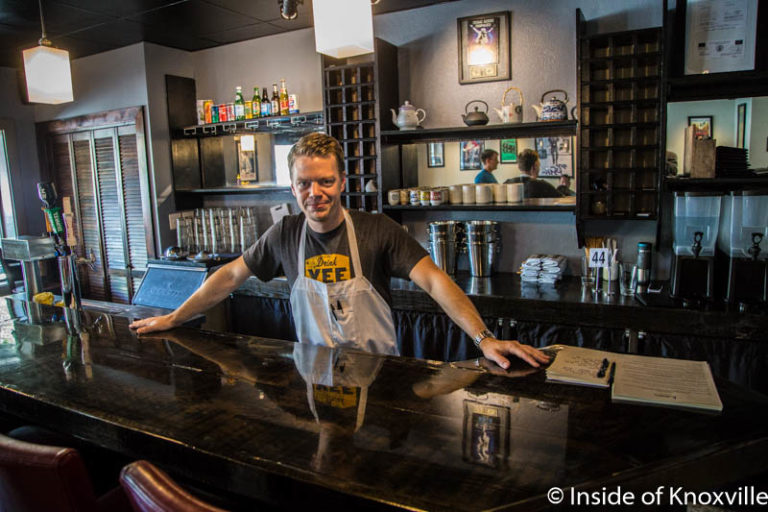 So, let’s take a final look at 2016 and the stories about downtown Knoxville that most captivated the readers of this website. Through the course of the year there were just under 850,000 total views, but there were clearly articles that were more interesting to you, the readers, than many others.

Yesterday’s look at the top commented articles show they tend to be about development and controversial topics such as parking, road restructuring and shootings. The list of most read articles we looked at yesterday (#25 – #11) revealed the strongest interest is in businesses. With the lone exception of the Daylight being converted to condos, each of the fifteen articles were about businesses closing, opening or changing in some way. Will that hold true for the top ten? Let’s check.

The new venture outlined in this article appealed to a number of readers and supporters of this very successful downtown business. Lisa and Dustin subsequently appeared on the radio show to talk about their trip to Haiti and what they learned while there. The new products should start appearing in the store not far into the new year.

It’s the kind of retail downtown needs to increase as we grow and that point wasn’t lost on readers. Natalie Stair grew up around the furniture business and spotted a particular gap in furniture offerings locally. Early response has been as strong as the interest in the article and the store represents a good addition to our growing retail.

This is one of the two to land in the top ten for the year which surprised me. When I learned the cereal bar was closing, I felt it should be acknowledged. Eight years open in the Old City is nothing slight. Still, I wrote this one assuming interest might be light. I was very wrong. I found owner Jamie Johnson’s story compelling and I think it resonated with many readers. The article also seemed about a larger topic: the changing nature of the Old City.

I knew this one would garner a lot of views, though I didn’t necessarily expect it would finish the year this high on the list. It’s typical of the several articles I do not want to write, but feel compelled to write, each year. Not a pleasant side bar to downtown development, it is, none-the-less, a part of the story. Interestingly, three of the top ten most commented articles involved the Farragut or Rick Dover. Given the magnitude of the projects Dover Development currently has underway, that will likely be the case, again, next year.

Chef Jesse Newmister’s plan to leave the Brasserie and French cuisine to open an Asian-themed restaurant downtown excited a number of readers. The news began to spread after the Dogwood Arts Festival which featured Jesse and others displaying their culinary skills. The location has featured a string of unsuccessful attempts at restaurants, but this one appears to have turned the trick. Featuring small plates and a full bar, the Clinch Avenue location is one where you’ll frequently find Urban Woman and her favorite date.

This is the other article I didn’t understand would be so widely read. I decided to write it after hearing the shocking news that Charles had died. I felt it was important that his passing be acknowledged and, honestly, thought it wouldn’t make much of a ripple in readership. Obviously, Charles touched a lot of people and I’m pleased that he was so widely remembered.

This is one I was very excited about and I was, obviously, not alone. An upscale wine bar was a good addition to the Old City as it evolves and Thomas Boyd and the business were good first additions to the retail spots in the Daniel. Look for the others to fill early in the year and expect more news from Thomas.

3. Balter Beerworks Opens Today – And It May Be Different From What You Expected (9,084 views)

This is one of those that many people had started to question whether it would ever open. Opening nearly a full year after I’d announced it on this space, many changes happened in the months between. Initially planned as a brewery with a small amount of food, the spot opened as a full restaurant, bar and brewery. And it opened to great success that seems to have not subsided. It’s a great example of a spot needing the right concept.

Chef Matt Gallaher’s second restaurant (he owns and operates Knox Mason) was widely anticipated and news of its opening was greeted very positively. Emilia has settled into a role as one of downtown Knoxville’s recent crop of excellent chef-owned restaurants which have changed the city’s culinary scene in recent months. Virtually any night it is open, you’ll find a good crowd enjoying excellent food.

Again, I knew this would interest many readers, but I didn’t anticipate it would be the most widely read story of the year. Matt and Anne have done an incredible job keeping Suttree’s Tavern among the top downtown spots since 2012. That their newest project would be a success should surprise no one. And it seems to be the right kind of project at the right time. Maple Hall and Harrogate’s have each offered downtown residents and visitors alike entertainment options that don’t require drinking – though drinks are available in each spot. And who doesn’t love a good arcade game?

So, that’s what you enjoyed the most through the course of the year on Inside of Knoxville. As with the rest of the countdown, it’s all about the business openings and closings with a little bit of variety thrown in. I’m suspecting there will be plenty more where that came from in 2017.

As I did last weekend, I’ll take Friday and Monday off surrounding New Year’s Day, though I’ll publish a 10 Day planner on Sunday, as always. In the meantime, enjoy your celebration and stay safe. Happy New Year to each of you and here’s to a prosperous 2017 for each of you and for Inside of Knoxville.