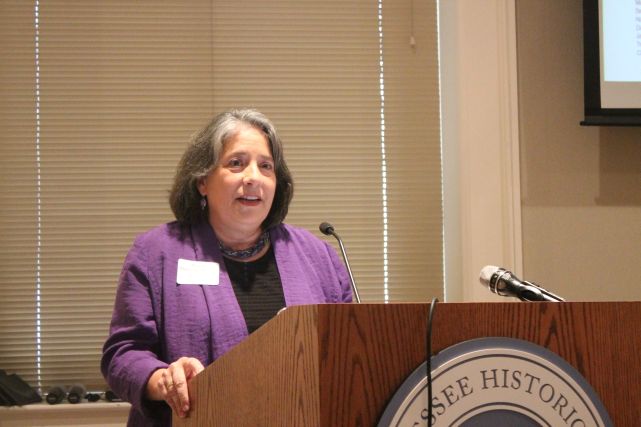 It was only three weeks ago, writing about downtown paving, that I facetiously implied maybe it wasn’t necessary because we will soon need to re-evaluate our entire car-centric infrastructure. We had fun discussing the topic. Obviously, we’ll need roads as long as there are land-based vehicles, but if (when?) driverless cars really take off, we’ll need far fewer vehicles on the road as we share, rather than own automobiles. More precise than human drivers, they’ll require less space. Benefits and changes to our lifestyles will likely be more far-reaching than we can predict, though the environmental, health, financial and other impacts are easy to imagine.

So, I already said all that in the last article. Why am I bringing up again and what (in the short term) does this have to do with Knoxville? Well, first, a recent program introducing driverless cars to Pittsburgh and sponsored by Uber came to my attention. The cars hit the road in September, albeit with two Uber employees on board. One took over, if needed, and the other took notes. But mostly the cars simply and safely delivered people where they needed to go.

The article linked above includes a synopsis of several reviews. Problems detected so far include the car’s disinclination to turn right on red or go around a vehicle parked in the street – both problems easily solved by switching the car to manual. No safety issues have been reported. Other articles have noted this doesn’t mean we are on the verge of having these fleets spread across the country, but it certainly makes it seem a quantum leap closer to reality than I realized just a month a go.

Next, I noticed an article about Tesla, similar to this one. The big announcement from the company was that all Teslas currently in production will have driverless capability. This past summer Tesla CEO Elan Musk said:

“You will also be able to add your car to the Tesla shared fleet just by tapping a button on the Tesla phone app and have it generate income for you while you’re at work or on vacation, significantly offsetting and at times potentially exceeding the monthly loan or lease cost …

“In cities where demand exceeds the supply of customer-owned cars, Tesla will operate its own fleet, ensuring you can always hail a ride from us no matter where you are.”

Buried in this latest press release, however, was a disclaimer that made Tesla’s true intentions perfectly clear: “Please note that using a self-driving Tesla for car sharing and ride hailing for friends and family is fine, but doing so for revenue purposes will only be permissible on the Tesla Network, details of which will be released next year.” So, they plan to take on Uber and agree with the widely-held industry view that fleets of driverless cars – likely not individually owned – are the future.

So, what does this have specifically to do with Knoxville at this time? Yesterday, Gridsmart, a Knoxville-based technology company exploring ways to make transportation safer and more efficient, hosted a meeting between Mayor Rogero and, “nationally recognized transportation leaders,” to consider the possibility of Knoxville becoming a test city for self-driving vehicles. According to the Gridsmart site, Mayor Rogero stated, “Connected and self-driving vehicles are on the cutting edge of transportation and with our existing high-tech industry and diverse geography, we may have a unique opportunity to build a new industry right here in Knoxville led by companies like GRIDSMART,” she said. “While this is just a discussion,” she continued that we’ve got “the right people in the room to consider the viability of this opportunity.”

So, could an announcement be forthcoming that will mark the beginning of driverless cars in Knoxville? Does a future of driverless cars seem so distant, now? If all these signals are to be taken seriously, we should think very carefully about adding roads, widening roads and building parking garages in the next ten years. Maybe this won’t pan out. If it does, we’ll be glad we didn’t waste more money on a massive, unnecessarily large car infrastructure.