Should Short Term Rentals Be Allowed in Knoxville? Regulated? Are There Issues? Let’s Talk. 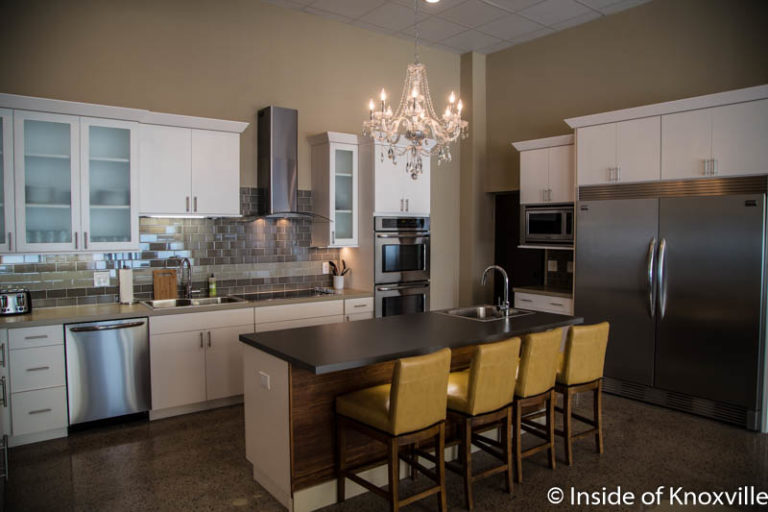 When I recently wrote about The Revival, an overnight/weekend rental space now available on the ground floor of the Medical Arts Building, I expected it to spark some controversy due to the fact that it is a residential unit on street-level. I didn’t fully realize the fact that short-term rentals are controversial no matter their elevation. Several readers commented to that effect and pointed out Nashville has been embroiled in the issue for some time, with the various sides struggling to come to some reconciliation which would be fair to all parties. The Tennessean has a good overview of their situation.

For those not quite up-to-speed on the topic, we’re talking about sharing your space with travelers. You can do it yourself – agreeing to swap homes for a summer or a weekend with someone you know or met online. You can also make the arrangements through services such as Airbnb, VRBO, FlipKey and Home Away. Sound cool, right? Probably many of you have used these services. But if a private property owner wants to rent a couch, a room or their house to guests from time-to-time, what’s the issue? Why does this need a government intervention?

It turns out there are a range of concerns coming from various directions. First, there are no regulations currently in place addressing the issue, though city code, “does not permit the rental of residential quarters for a period of less than 30 consecutive days.” Despite that caveat in the codes, estimates indicate, according to a press release from the city, “Knoxville currently has about 200 listings available through these platforms on any given day . . . and the average earnings for a host are $3,700 annually. Citywide, over the past year, approximately 8,000 guests have used a STR within the City of Knoxville. This is a 200 percent increase from the previous year.” Nationally the numbers for last year were 78,000,000 nights stay for about $900,000,000. It’s clearly not going away.

Hotels and Bed and Breakfasts in the city are required to have a business license, to pay occupancy tax on rooms rented (currently 3%), to have certain safety and handicapped accessibility and insurance safeguards in place. Is it fair to have none for our visitors who chose the shared economy? Do neighbors have a right to know who’s in their neighborhood if there are no hotels located there? What are neighbors to do if there is a problem and the owner is absent? Does it damage a neighborhood if properties are used exclusively for short-term stays? If the trend continues and more properties are bought for this purpose, property values escalate more rapidly, gentrification is exacerbated and affordable housing can become in short supply. The city is proposing to “create a regulatory framework that allows for permitting, inspection and appropriate tax collection.” Our city officials have looked at a number of cities, from Nashville, Chattanooga and Memphis to Asheville, Savannah, Galveston and Boulder to see how they handle the issue. As a result of that review, the city is proposing an annual permit fee of $150 to fund enforcement of any new regulations and to require a business license ($15, one-time fee). Additionally, “All properties would be required to have functioning smoke alarms on the premises . . . Permit holders would be responsible for collection and remittance of all applicable sales and occupancy taxes, but they may delegate that responsibility to a listing service like Airbnb or to a third party. ”

Given the neighborhood concerns, the city is suggesting that STRs, “be allowed for only resident-owner property . . . Since one person cannot be the legal resident of more than one address, this would functionally limit permits to one per person in residential zones . . . (This limitation also precludes corporate entities from obtaining a permit in residential zones. This approach is similar to STR regulations in Boulder, Colo., and Asheville, N.C. ”

An exception would likely be made for non-residential zones, but mixed use zones raise a potentially complicating question. It sounds likely that the non-residential zones would be given more lattitude: “The permits would still be restricted to property owners, but they may not need to be occupants, meaning that a single owner could have multiple permits in non-residential zones. For example, an LLC that owned an apartment building in a non-residential zone may be allowed to get STR permits for apartments in the building.” This likely exempts most downtown STRs.

Plans call for rental tenants to be refused the permits, limiting STRs to owners, specifically. And what if an HOA decides to not allow short term rentals? That would be their perogative: ” Homeowner Associations (HOAs) or buildings with condo associations, the rules of the HOAs or condo associations would still have precedence, although those rules would be enforced privately.”

Enforcment is clearly a problem, but apparently there are technological solutions that would allow for monitoring of compliance. At a public meeting last night, Bill Lyons pointed out that the city has no intention of producing a regulation it can’t enforce consistently.

A range of opinions and concerns were expressed at the open forum. Some supported limiting the number allowed in a neighborhood. Some didn’t want a license required for people making under a certain amount of money. Others present who are active in the STR movement pointed out that, with safeguards, it shouldn’t be a problem for the neighborhood and that it offers a real Knoxville experience to the visitors. One person noted that Buckhead in Atlanta has had problems with the idea when the rentals are used for parties. The city acknowledged it has had very few complaints, so far.

Have an opinion? Express it here so we can all be exposed to the different perspectives. More important, send your comment to the city at STRS@knoxvilletn.gov, any time before Oct. 31, 2016. At the conclusion of that period the wheels will start turning toward developing and accepting an ordinance related to the issue.