One Business Closes, Another Moves Farther Out 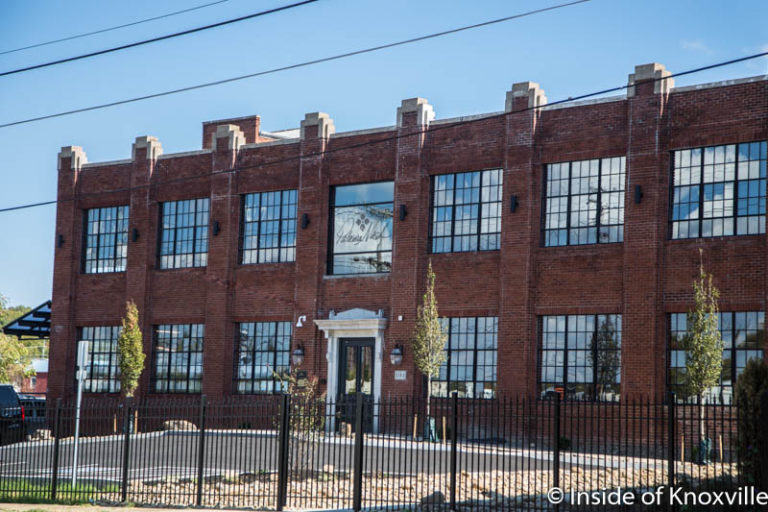 The 100 block of South Gay Street is one of the few places downtown that people refer to by its number, often leaving off the name as unnecessary. It’s really the only block I’ve heard people reference this way until recently when the “700 Block” gained some currency due to the protracted construction there. I was new to blogging the first time I wrote about the block. The occasion was its re-opening after its own seemingly interminable construction, lasting a year-and-a-half. Then Mayor Haslam and others made remarks. It was a fine celebration that seemed to portend great things for the block.

That was over six years ago and the going hasn’t been so smooth for the block. Still a residential powerhouse in downtown terms, condos and apartments there continue to be filled even though the prices for each are remarkably higher, now. Several offices found there in 2010 still occupy the same spaces. Restaurants seem to fair decently: Cru Bistro and Knox Mason are long-term successes, though neither were present for that 2010 ceremony. Cru opened in late 2012 while Knox Mason opened about three months later, in 2013. Sugar Mama’s opened more recently.

What’s been remarkable, however, is that retail has never taken off on the block. Style of Civilization (women’s shoes), Bootleg Betty (second hand wedding dresses, formal wear and new boots), James Freeman Interiors and Unarmed Merchants have all closed during subsequent years. Even restaurants aren’t immune: Nama moved to the center of Gay Street; Holly’s 135 closed after about a year; Harry’s made a run for a while and left, 11 Cafe and Shuck also closed. Havana Nights closed during the construction six years ago. I’m probably forgetting others.

And now there is more news: Bula Boutique is closing within the next few days. When I wrote about the women’s clothing store in the fall of 2014, it seemed like a business perfect for the block and for downtown. Brandon and Julia schooled me on West Coast and East Coast fashion and the only question seemed to be why not have men’s clothing, as well?

It turns out that after two years, they are facing the fact that the business simply isn’t there to warrant going forward. I spoke to Julia who said they’ll keep the store open for a brief period to sell down the stock. The Facebook page says October 29 will be the final day. Go by and wish them well. I hope to sit for a chat with the two of them to look more closely at the business, the decision to close and implications for other businesses choosing to locate on the block.

The business which has moved is Patricia Nash. I hate to see this one go, as well, but for different reasons: It offered something unique to downtown residents and visitors. It’s significant that a purse manufacturer with an international presence makes Knoxville her home base. The store announced that to visitors and offered a unique shopping experience. Multiple Patricia Nash items have found their way into our family.

In this case, the company had out-grown the space which was used for corporate offices, design, meetings and retail. Given that Jeffrey Nash, Patricia Nash’s husband, owns so much property in the area and develops that property, there was a simple solution to the need for more space: Move to a larger building and have him redevelop it.

The new building, located at 1132 N. Sixth Street sits right around the border of the Parkridge and Fourth and Gill neighborhoods. For my purposes, I consider it “downtown,” though it is about a mile and a half from the heart of Uptown and about a mile from its previous location. Situated directly in front of the often discussed Standard Knitting Mills, it now stands in stark contrast to that languishing property. Predictably, for one of Nash’s projects, the building has been renovated beautifully inside and out.

Some have wondered about the retail outlet connected to the business. The good news for those interested, is that a retail space is included in the new building. It wasn’t open when I stopped by in the middle of the day Monday, so I’m not sure how extensive the hours. I had understood the retail portion would stay on Gay Street and expand to include the areas once occupied by offices, but either plans changed or I misunderstood: the retail store is no longer open on the 100 block.

That leaves several empty spaces on the block and two fewer retail stores. Two long-term retail-related business anchor each end of the block: CBI at 128 S. Gay and Nuveau Classics at 101 S. Gay. Each, however, are more show rooms and not predominantly oriented to walk-in business. That leaves only Nest, a home decor and furniture store, which opened three months ago. By all appearances it is off to a good start.

I don’t want to overstate or sound like all is lost, because businesses come and go everywhere. The block is quite possibly the prettiest in the city and it is a residential hub so far unparalleled downtown. It is our arts center and home to several successful businesses which have offices there and to Meadowsweet Massage and Wellness. But retail remains a struggle. We’ve talked before in this space about the isolation of the block. It’s a long way from the retail cluster on the 400 block.

Residents know it’s there, but visitors may not realize there is a reason to walk in that direction. The two hundred block was destroyed by Summit Hill and the 300 block is riddled with parking lots and offices, as well as street-level residential. None of that encourages visitors to explore. And so the struggle continues. Perhaps when more residents move into the new developments coming on Depot and Magnolia, the 100 block, being close to the center point between there and Market Square, will finally hit the stride so many people expected at that re-opening six years ago.