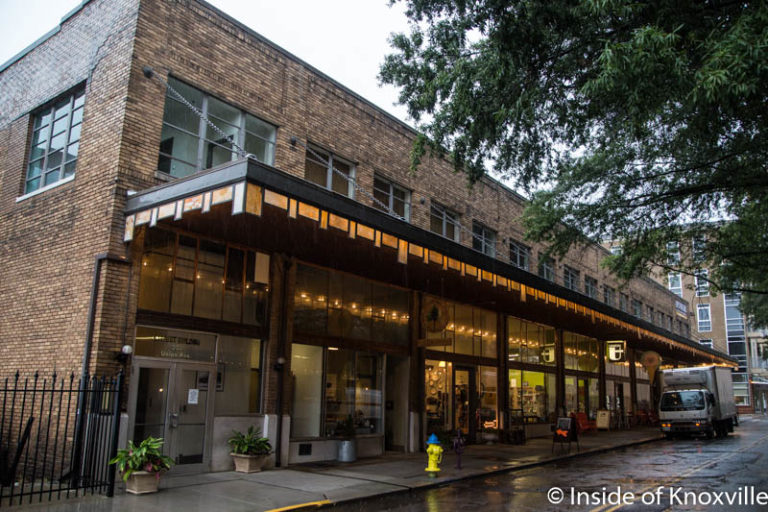 Five years after accepting its first residents, Dewhirst Properties is offering what have been leased apartments inside the Daylight Building, located on the 500 block of Union Avenue, for sale as condos. The historic tax credits received to help finance the renovations and re-purposing of the building in 2009 and 2010 carried the requirement that the units be rented or leased for the first five years. I documented the first resident to move into the building on August 1, 2010, so it’s actually been six years.

The residents were informed this summer that they would have first right of refusal for their current homes, but they would be sold as leases expired. David Dewhirst took me on a tour of the building and told me, “My goal in life isn’t to become an apartment mogul. My joy is seeing buildings come to life.” Of the thirty-six units, about fourteen are under contract with very little promotion. The first-time purchases have been made by a combination of current residents and new residents to downtown.

The building is one of several built by Benjamin Sprankle. Finished in 1927, by 1933 it housed offices for TVA, as did several other nearby buildings. By the early 1980s TVA moved to their newly constructed towers and after a brief gap, Whittle Communications took some of the building for a time. Most of the building remained empty and by the early 1990s it sat completely abandoned and proposals were floated to demolish it as ultimately happened to another Sprankle-built construction when Home Federal demolished it to make way for the corner parking lot at Union and Walnut.

It was sometime in the 1990s when the building first came into focus for me, though we’d parked behind it for years whenever the small parking lot behind Watsons Department Store was filled (where the Market Square Parking Garage currently sits. Urban Girl had an acting class there in what was clearly a temporary studio for the purpose. After languishing for more than a decade, David Dewhirst bought it in 2008 with the intention of restoring the building to include residential units off the street and retail fronting Union. In 2009 the building was placed on the National Register of Historic Places. In 2010 all the residences were filled and in 2011 all the retail space was occupied.

While not every business which has occupied the retail spaces has been successful, most have, and the stretch has become increasingly active over the years since opening, offering an alternative to Market Square and Gay Street. The residences have the advantage of being two blocks from Market Square, but with a location on a quieter side street. Views from the front of the building are of a leafy Union Avenue, while the back has the best view it’s had since its conversion to homes: the new banners hanging from the massive Walnut Street Parking Garage. I was struck with how amazing the view is straight into the banners, particularly from the second floor.

Work is currently underway to update the units after the last six years’ utilization as rental units. The facade on the Union Avenue side is beautiful, with its large windows and copper awning and window casings, but the awning will be having work completed in the next couple of weeks. The back is being refurbished with brick pointing recently completed and an effort underway to enhance the appearance of the small, private outdoor space on the ground floor. The building is being re-roofed and common areas are being updated. The furnishings pictured here are from Coldstream Market, one of the several businesses in the retail portion of the building.

At least two variables make the units unique to downtown: Price point and the presence of two-bedroom units. Prices range from $99,000 to $172,000 (with one larger corner unit priced at $259,000). Those are extremely modest prices relative to other properties available downtown, though the square-footage is small for some of the lower-priced units. Nine of the units are two-bedrooms and that, particularly at this lower price, is very hard to find downtown where many of the homes are studio or single-bedrooms. Five of the nine are already under contract. Most of the units in the daylight building, however, are the same. For small families, needing two bedrooms and with a limited budget, this is likely the best possibility for purchasing a downtown home.

Many of the original historic architectural details have been maintained, including the transoms at the top of doors along the hallway – designed to allow external light to travel through the homes (originally offices) and into the interior square hallway. Original floors are found both in the units and in the public spaces. Additionally, all units will retain appliances, including washer/dryer units. Parking for the units is provided free-of-charge behind the units for the first two years, with a reasonable charge afterward.

Like every other possible urban home, the building isn’t for everyone, but I suspect enough people will find it attractive that the units do not last for long. The fact that condos are once again being offered in older buildings marks a recent shift and reflects both the maturation of downtown (as building surpass the five-year constraint) and the shift in markets nationally. In 2009 the housing market had crashed and more people, feeling less optimistic about home ownership were moving toward rentals. National pundits suggested it might be a permanent shift, but that has proved to be untrue as more people are now returning to home ownership as a good investment.

Finally, Dewhirst pointed out that by selling the units, more people are vested in downtown than is otherwise the case. Additionally, it frees funds for Dewhirst Properties to do what they do: look for the next building to save, improve and fill with the new residents and businesses that make downtown continue to get better. Arrange a tour here.