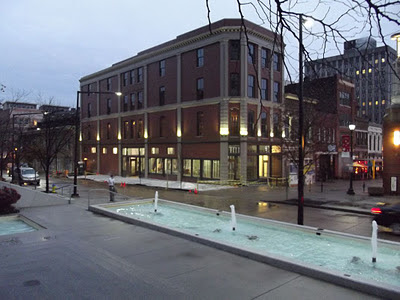 The word I’m getting is that we will definitely not be getting a vet at 36 Market Square as was previously discussed. While this may be disappointing news to downtown residents, I have interesting news for prospective downtown dwellers: How would you like to have an apartment in the most beautiful building on the most beautiful square in our city?

It appears (very reliably) that work will begin soon to develop one and two bedroom apartments in the building. While the bottom floor will be occupied by Orange Leaf Frozen Yogurt, each of the top three floors will include three units (for a total of nine apartments). Each will run somewhere in the neighborhood of 800 square feet and some will feature excellent views of Market Square while others will have window views of the TVA fountains, plaza and towers.

If you want to be at the epicenter of everything that is happening, you couldn’t do any better than this. It will be interesting to learn the cost of the units as they are completed. No word, yet, on a projected completion date. There are realty signs in the windows, so I assume one might call.

There are other notable business developments, particularly on the 400 block of South Gay. The last few weeks have seen an opening and a closure on that block, with Sky Bar opening and Yee Haw closing. Yee Haw had been a fixture for years and will  be missed by many. Business was good, but co-owner Kevin Bradley has decided to take his talents to California.

As for Sky Bar, it is beautiful inside, but I’ve only seen it empty or virtually so. Here’s hoping good things for a new business that seems to have gotten off to a slow start. Maybe I’ve just not been around when they’ve been hopping. 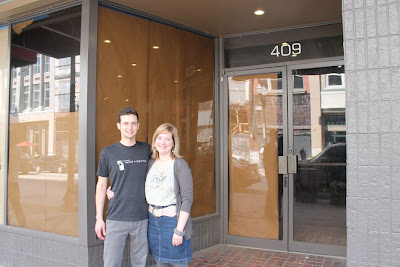 Also on the 400 block is Suttree’s High Gravity Tavern about which I’ve written before. Co-owner Matt Pacetti tells me they are hoping for an opening next week. The bar is in place as is the furniture and based on the reaction I got when I first wrote the story, I think there is a large group waiting to pounce. 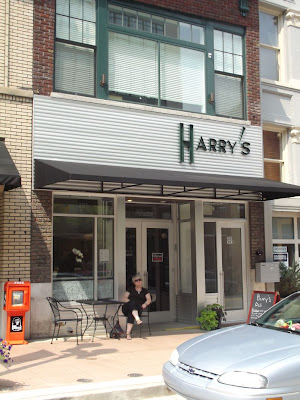 Finally, just in case you haven’t heard the news, Harry’s is closing on the 100 Block. I don’t know any more than what was reported in the News Sentinel,  but from that it appears that an inadequate amount of business led to the demise. It’s pretty disappointing to me because it was such a tip of the hat to Harold’s and a cool tie to the city’s past. According to the News Sentinel article, there is a possibility that the bread portion of the business might be revived. Those of us who have eaten their bread (sold at Just Ripe, for example) would love to see this happen.

So, there’s a beginning for you to ponder. Several new businesses are slated to open in the next few weeks and I’ll have some information on those at a later time.