A Memorial Walk, a Candlelight Gathering and Labor Unions

A march was held Tuesday night beginning at Church Street United Methodist Church. Two groups walked throughout downtown holding banners and signs remembering John Womac who died while working on the Henley Street Bridge one year ago and Solin Estrada-Jimenez who died in May of last year on the same site. Worker safety and the value of human life held in contrast to profits was the primary focus of the signs and speeches which were given as the group reached Volunteer landing where a candlelight vigil was held in honor of the two men.

Upon the death of John Womac, TOSHA investigated and reported serious flaws in safety training, including errors which led to his death. Britton Bridge, LLC was fined just under $17,000, $5400 of which was for the negligence which led to the death. Four months later TOSHA found additional violations, two of which directly related to the death of Solin Estrada-Jimenez. TOSHA proposed penalties totaling $7150. Construction briefly halted, but was later reported to be on schedule. The company is free to bid on other state projects and stands to collect a $1,000,000 bonus if the construction is completed by the end of this year.

The march and vigil, attended by just under one hundred people and sponsored by a number of local organizations including churches and unions was intended as a memorial and also as an opportunity to raise important questions. For example, if a company will make a million dollars by rushing so fast to a deadline that a couple of people die in the process, will they do it? What if they know they will lose less than $25,000 in order to make $1,000,000?

I realize this is not generally a union-friendly state and our end of the state is particularly inhospitable toward unions. If you think I’m wrong, take a look at some of the comments made on the story of this march on the Knoxville News Sentinel’s website. 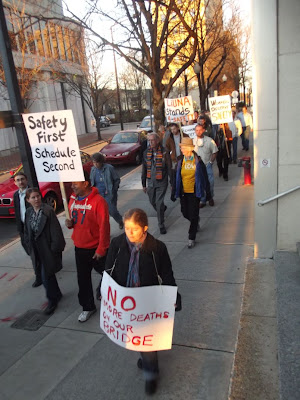 I have some personal experience with unions. As a teenager I worked summers at Scott Paper Company in Mobile, Alabama. College students such as myself were the lowest of maintenance workers and we often got difficult or unappealing jobs. One such job was shoveling lime out of massive kilns. Temperatures were often over 120 degrees and we had to be thoroughly covered with long sleeves, gloves, masks and scarves to keep our lungs and skin from being severely burned by the lime dust. This was with the presence of a strong union.

On one occasion the students were ordered to shovel out a lime pit while coals were carried over our heads on a conveyor belt. The spot where we had to stand was so hot our boot bottoms would melt, so we stood on a piece of plywood. I don’t know how hot it was in the pit, but we could only shovel for minutes at a time before switching out. After some time we decided it just wasn’t worth it. As we stood at the top of our ladder considering what to do about it, the conveyor showered hot coals onto our board which immediately burst into flames. We reported it to the union. In their absence we would have had no where else to turn.

The history of industry in our country is replete with abuses of workers in order to make larger profit margins for companies and investors. I recently read a book entitled Slavery by Another Name by Douglas Blackmon in which he details the use of re-enslaved black workers throughout the south, a practice which continued until World War II, and which helped build such industrial giants as US Steel. Of course, child labor was common one hundred years ago and the abuses of immigrant workers are well documented.

How did the worst of these abuses stop? Labor unions were formed to give the workers a voice. Without a a unified voice workers are simply not heard. It’s not about strikes or wage demands. It’s about the value of human life. It’s about respect for people who are not powerful and wealthy, but who built this country and make it work. In the south we tend to elevate industry and the wealthy to sainthood, as if their very wealth and power makes them better than you or me. Workers who struggle for a living wage and safe conditions are, as often as not, seen as somehow unpatriotic and unappreciative of what the companies will do for them. 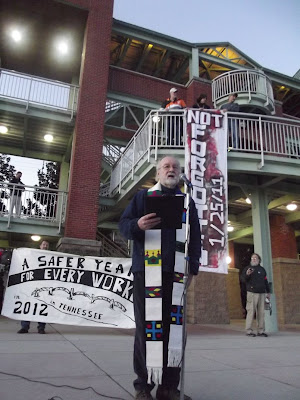 This is one example of the kind of thinking which allows the richest among us to grow much more wealthy while large numbers of workers struggle to feed their families. We’ve become convinced that the wealthy deserve their riches while the rest of us must deserve dirty water, open pit mines, underfunded schools and the worst health, by many measures, in the country. The wealthy pay their fifteen percent tax rates on capital gains while the rest of us pay twenty or twenty-five percent and Republican presidential candidates talk about how unfair capital gains taxes are on the rich because they are “job makers.”

I’ve been a member of the Tennessee Education Association for nearly thirty years. It is often characterized as a union and as the primary impediment to providing a quality education. Last legislative session the party in power virtually eliminated tenure and protections to retirement were reduced. This session Governor Haslam has introduced changes which will lead to lower teacher pay and larger classes. Hardly a formula for improving education. At the same time, your tax dollars are going to private companies starting charter schools and providing distance education. They do not have to demonstrate their effectiveness via standardized testing as the public schools are required to do. 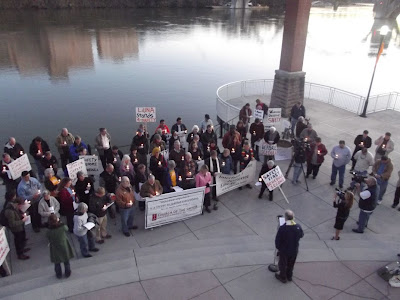 So, what is the point? The point is that unions provide some measure of equalization of power between the wealthy and powerful and the ordinary workers on whose backs they became wealthy. Workers should be valued, safe and compensated justly. And they deserve our respect and support. They should not pay more in taxes than the wealthy. American workers made this country great. It was not the rich and powerful.

I don’t usually use this space for posts like this one, but this march and vigil touches on some of my most strongly held values and I’d be less than honest if I didn’t say it like I see it. I’m sure some of you disagree and I’m happy for you to comment and explain your alternative view of these issues. The only thing I ask is that you maintain as respectful a tone with me as I do with you. 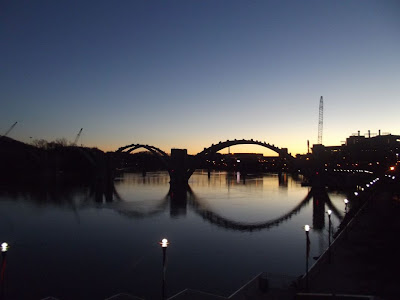