This has to be one of the most picturesque events in Knoxville every year. It almost doesn’t much matter which direction you point your camera something good is likely to happen. The only other event about which I might make the same statement would be the Hola Festival. As a result, I had great difficulty narrowing my photographic selections for this post. You may not believe me after you see how many pictures I’ve included, but I eliminated a very large number that I took that day.

So, I’ll be short on words and let the pictures talk. For the uninitiated, this is an event sponsored by the East Tennessee Historical Society. It features reenactors from every era as well as history-related booths and organizations. The emphasis this year was on the Civil War which began 150 years ago this year. Also on the agenda was the David Crockett 225th birthday celebration which I covered in a recent blog. 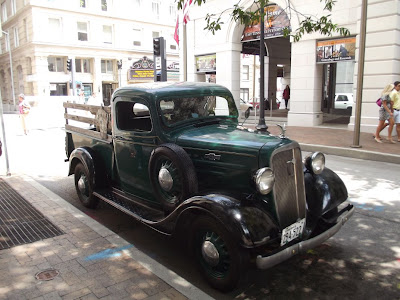 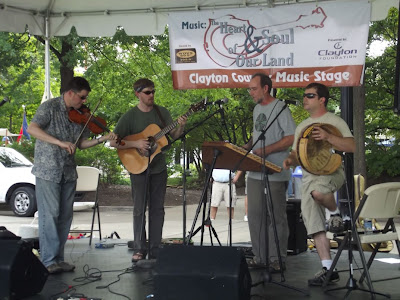 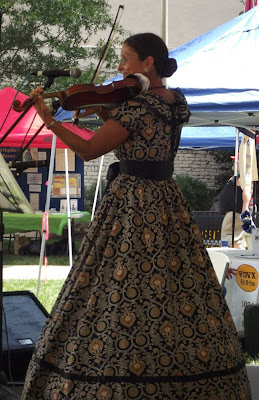 Trolley tours took riders through the city’s most famous historical landmarks, walking tours of historical preservation efforts were led by Kim Trent of Knox Heritage and a stage in the center of the park hosted a wide range of musicians, many of whom played period songs such as “Look Away Dixie Land,” which I heard performed beautifully. 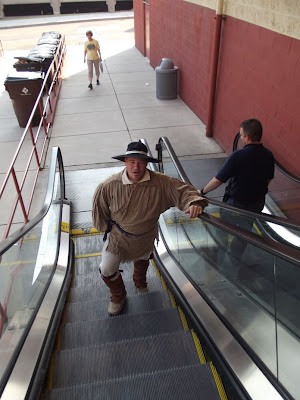 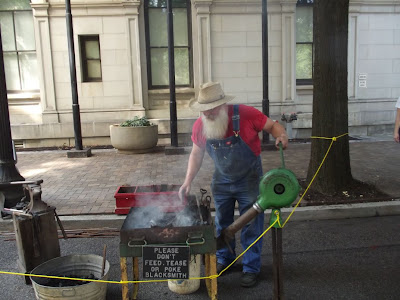 My favorite images this year were of the people dressed from bygone eras juxtaposed with our modern streetscapes. I hope you find a few you enjoy sprinkled among the photographs included here.