Flash Mob on Market Square: Old News with Pictures I had to Use 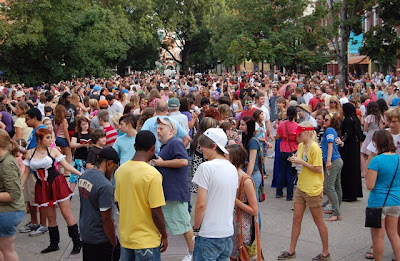 So much happened while I was away. I loved what I was doing, but I felt so responsible to my readers. What to do? Call in Grand Master Shaft, Ace Photographer for support, of course! From London I got word of the Flash Mob and I e-mailed the information to Mr. Shaft back in Knoxville who was all over it. 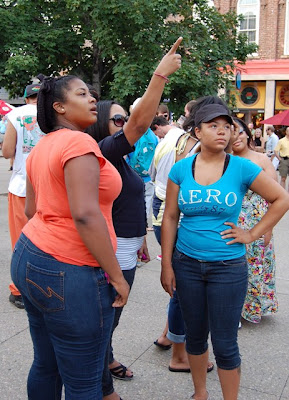 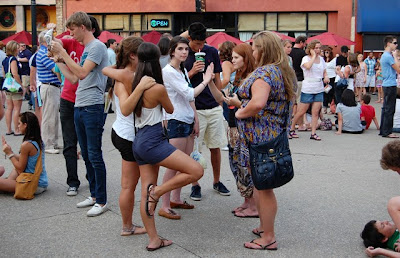 It was interesting reading the comments on the News Sentinel (isn’t it always). So many people dismissed the entire exercise as stupid and meaningless, even going so far as to deride the people who participated as having nothing better in their lives than to think standing still for five minutes was fun. Don’t you just wonder who these people are when you read these comments? Maybe it’s not their bit, but why do they feel compelled to critique another person’s fun? It’s kind of like ragging on local wrestlers! (oops) I do sometimes wonder if these people have any joy in their lives. 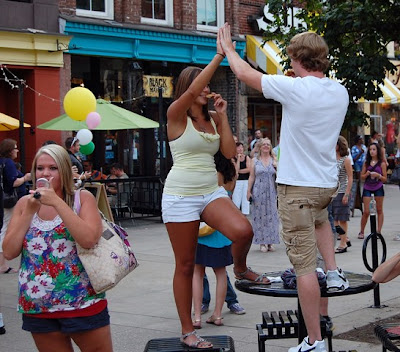 The event appears to have been a success for our little city. I wish I could have been here to watch the faces of the (few, apparently) people who didn’t know it was about to happen. Shaft reported that an air of nervousness settled on the square in the moments prior to the event as people watched each other in anticipation of the proper start. 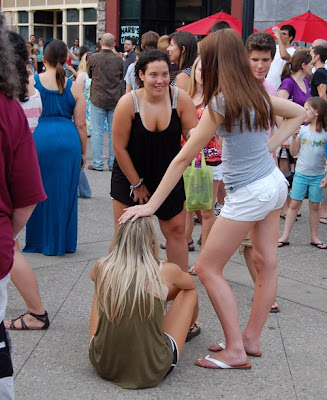 Many of the participants seem to have made plans for their special pose. It appears some of them may have planned better than others because some of the poses were definitely harder to hold than others. I don’t think it would have occurred to me to plan ahead, but I would definitely have had to choose an easy one like, “Urban Guy sitting on a bench,” or “Urban Guy leaning against a wall.”

Still, the night proved that we can flash mob with the best. Who knows, maybe something special will break out First Friday in August.

So, I know the news is old, but these pictures deserved to see the light of day. Enjoy.