Bob Dylan’s 70th Birthday or My Life with Bob Dylan

Initially, I was too young to be a Bob Dylan fan. I was four-years-old when “Blowin’ In The Wind” was recorded. Bob protested, went electric, crashed his motorcycle and went country before I was twelve years old. I missed it. My mother used to say I was born a decade too late and it’s probably true.

I discovered Bob Dylan sometime around 1971, just about the time he was written off as a faded meteor from the previous decade. While he fought with his record company and stayed mostly out of the studio for the next two years, his older music was changing my life as I entered adolescence.

I’d grown up in George Wallace’s Alabama, though I was too young to understand a Governor who stood in the door of the University of Alabama to bar the first black student or to fathom German Shepherds turned loose on black citizens in Birmingham. In my little Baptist Church we sang “Jesus loves the little children. All the children of the world. Red and yellow, black and white, they are precious in his sight. Jesus loves the little children of the world.” Outside the church it wasn’t true and many of those same people had no interest in seeing it change.

Vietnam was on the television. The prevailing view was fatalistic. No one felt there was a choice but to do what the government said, but somehow the adults were convinced we weren’t really trying to win, else we would and in short order. There was little tolerance for dissenting voices. Hippies were drug-addled hedonists. We listened to country music: Loretta Lynn, Conway Twitty and Buck Owens.

When I started listening to Bob Dylan I didn’t understand some of what I heard. Like a prophetic voice speaking in the wilderness of my youth, it sounded to my ears like riddles, like some encrypted language. I remember when I realized what he was talking about in “Oxford Town” when he said he that with his face blackened he had to sit in the back. I learned about Emmett Till, Hattie Carrol and Hurricane Carter and the scales fell from my eyes about the culture in which I was so immersed that even now I struggle to come clean.

Bob saved me from disco. Isn’t that enough to inspire eternal gratitude? By 1974 I followed Bob in the newspaper and in Rolling Stone. I cut out every article about his tour with the Band. I longed to see him, but it seemed like an impossible dream. Disco took over my friends and with the demise of “underground radio,” I felt like a musical outcast. When Blood on the Tracks became a huge hit, I thought there might be hope for the world. At fifteen years old, I didn’t understand divorce or the pain of adult relationships, but I felt his pain and understood the difference between pop music and art born of agony. I listened to “Shelter from the Storm” a thousand times in the darkness of my room.

In 1976, with Desire high on the charts, with my seventeen-year-old self attempting to decipher “Isis” and longing for a “Sara” of my own, the Rolling Thunder review announced two shows in one night in Mobile, Alabama. I was stunned both at the opportunity to see him in person and at the ticket price, which at $8.75 was nearly three dollars more than I had paid to see anyone else. My only regret is that I chose one show instead of doing the rational thing and stealing money to go to both. It was transcendent. He was with Joan Baez and Roger McGuin and I could pretend I wasn’t born a decade too late.

I loved the “Hard Rain” television special and didn’t understand why people made fun of his ragged voice and bedraggled looks. I guess they were enjoying the Bee Gees and Donna Summer. “Street-Legal” soon followed and it remains one of my favorite Dylan albums of all time. I saw him in 1978, again in Mobile, doing his “Vegas” show and I thought it was great. It was late in the tour, over six months after “Bob Dylan At Budokan” was recorded, and the music was much better than the album.

I got married in 1979, just a couple of weeks before “Slow Train Coming” came out. It baffled me. it was then that I realized his voice was changing into his old man blues weapon. Small wonder, given the shouting style vocals he used in the latter part of the Rolling Thunder Tour. I cringed to think how it would be received. I was stunned when it was a hit. My wife and I are still transported in time back to south Alabama and that small house trailer with holes in the floor whenever we hear a song from that album. It became the soundtrack to our young marriage. 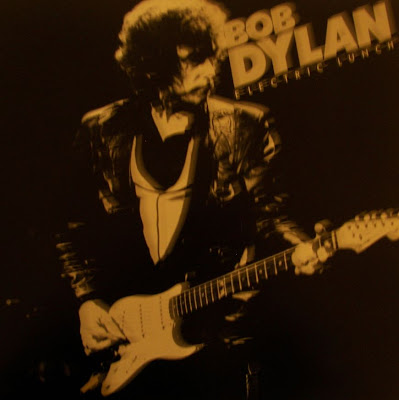 We lived in Gainesville, Florida when Saved and Shot of Love came out. I saw Bob in Tampa in 1981 and stood at his feet during the most awesome acoustic version of “It’s Alright, Ma (I’m Only Bleeding)” I’ll ever hope to hear. We got literature that night from the Jews for Jesus. I enjoyed his religious music, but I was glad by then he had returned to performing the old songs. I was protesting the U.S. involvement in central America and I needed to hear the early songs filled with righteous anger.

Infidels came out within days of the birth of our daughter. We were living in a tiny, ramshackle house in Knoxville, Tennessee and though we didn’t have heat when she was born, we had a stereo and that was the first music she heard. I’d read T.H. Lawrence beside her crib then play “Jokerman.” I never hoped she would become a fan. I was ten years too young and she missed it by a generation. 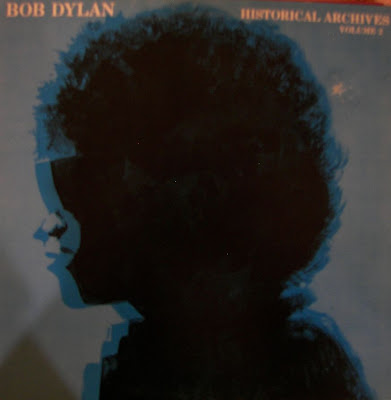 As the eighties passed and Bob struggled, so did we. I wondered if any of us would break through to the other side. Then came “Oh Mercy.” I finally started making a little money. I saw Bob three times in 1988, in Nashville, Atlanta and Knoxville. He was doing better and so were we. I caught him in 1991 in Virginia and took my eight year old daughter. She enjoyed dancing, but was otherwise not impressed. Seeing Bob take the stage with nothing but a harmonica is an image I’ll always cherish. I know he does it, now, but it was stunning that first time. When he played “Everything Is Broken” fireworks exploded in the distance and he laughed.

I continued to catch him when I could, wherever I could. In one memorable concert for me, at the Tennessee Theater when Bob sang the bridge to “Just Like A Woman,” I understood I had to leave my profession. It was as if everyone left the room but Mr. Dylan and myself and he called me over to the stage and said, “Hey man, this is what you need to say to those people at work: ‘It was raining from the first and I was dying there of thirst, so I came in here. And your long time curse hurts, but what’s worse is this pain in here. I can’t stay in here. Ain’t it clear that I don’t fit? I believe it’s time for us to quit and when we meet again, introduced as friends, please don’t let on that you knew me when I was hungry and it was your world.'” I cried and started the slow march toward a different career. 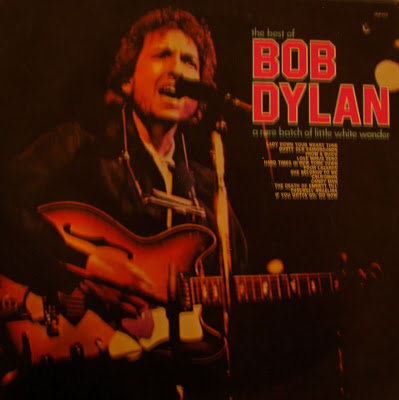 In 1996, my daughter gave me an amazing and completely unexpected present for her thirteenth birthday: She said all she wanted was to go wherever Bob was and see him, again, with me. We saw him in Chattanooga and swayed to the left of the stage having taken our often uncanny connection to a place where the only words that resonate are Bob’s. We saw him at least once, often two or three times each year for the next ten years. We’ve seen him with Willie Nelson and Merle Haggard, stood for hours in the freezing cold and stood through torrential rains. We’ve planned concerts for months in advance and taken to the road spontaneously. These are among the best times of my life.

As the years have passed, I’ve come to think of my life as a sometimes difficult, often amazingly swift journey in which Bob leads me, just a little farther down the path, shining a light for me to find my footing. “Time Out Of Mind” came out as I entered my fortieth year. “Trying To Get To Heaven” and “Not Dark Yet” gave me the words to the emotions I had begun to feel about the passing of time and my own mortality. My daughter and I bought “Love And Theft” just after midnight on September 11, 2001, just hours before the twin towers were hit. Like many people, I couldn’t listen to music for days or weeks. I could only read and listen to the news as we learned about a man named Osama Bin Laden. When I returned to the CD, I was stunned to hear how much of the album could be seen as commentary on something that had not happened when the songs were written. 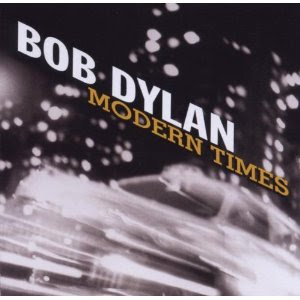 In 2007 my daughter was married and Bob helpfully included “When The Deal Goes Down” on Modern Times so we could have a waltz for the father/daughter dance. Thank you, Bob. 2009 brought “Together Through Life.” Could there be a better title for my story? My granddaughter was born a few weeks later. It’s her story, too. We’re bringing her along slowly.

Now Mr. Dylan is seventy and the rest of us aren’t as young as we once were, despite what the song might say. I feel so fortunate to have had his help to understand my world, learning to both challenge its injustice cling to its beauty. I’m forever grateful to have his light guiding my paths through the tempestuous early years, through the dark times and into my own old age. His music helped make me who I am and it still startles me with its insight when I least suspect it. Someone said living in the same era with Bob Dylan is like living at the same time as Shakespeare. I believe this to be true.

So, happy birthday, Bob. And many more. Please. We need you now, more than ever.

*Knoxville and WDVX will host its seventh annual Bob Dylan Birthday Bash on first Friday at the Market Square Stage, June 3. Local bands will perform Dylan songs in their own style ranging from bluegrass to jazz and hard rock. The evening will culminate with Tim O’Brien doing songs from his album of Bob Dylan bluegrass styled covers, “Red On Blonde.” The entire event is free.