Pryor Brown Garage to be Demolished 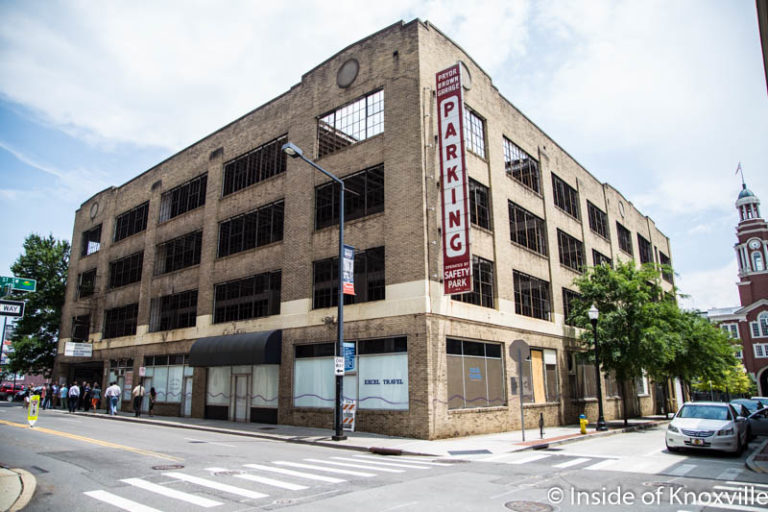 Yesterday evening, Knox Heritage released the following statement regarding the Pryor Brown Garage located on the corner of Clinch Avenue and Market Street. The caption above this article is theirs.

On December 14, 2022, a demolition permit application was filed with the City of Knoxville Plans Review & Inspections Division for the demolition of the historic and National Register eligible Pryor Brown Garage located at 322 W. Church Avenue. Due to its significant history, the permit is subject to a sixty (60) day demolition delay. The demolition delay will expire on February 12, 2023.

The Pryor Brown Garage first appeared on the Knox Heritage Fragile & Fading list of endangered historic places in 2014. It has been a staple on the list every year since. The garage is currently owned by Pryor Brown LLC.

The Pryor Brown Garage is an early example of a mixed-use structure. It features retail spaces along both Market Street and Church Avenue with parking decks on the upper floors. It was built by Pryor Brown, a businessman who moved to Knoxville and found work in local livery stables. By the 1890s, Mr. Brown was running his own stable on the Pryor Brown Garage site along Church Avenue. After a fire in 1916, Brown rebuilt his stable with concrete floors capable of accommodating cars and created the Pryor Brown Transfer Company. With the popularity of automobiles growing, Brown expanded the garage in 1929 fully covering the area of his old livery stable. The parking garage is a remarkable story of continuity of use on the same site and is one of the oldest parking garages still standing in the United States. 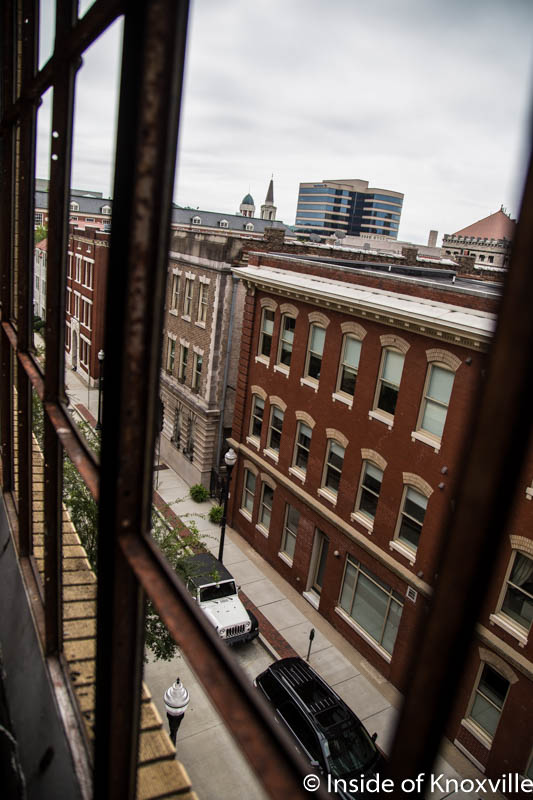 Pryor Brown Garage is a compelling example of what happens when historic buildings are not maintained. Blatant lack of maintenance is a strategy some property owners will engage in that can potentially lead to the demolition of a building. When a building has suffered from neglect, owners will argue that the cost of repairing is prohibitive and thus creates an economic hardship. Thoughtful continuing maintenance is key to successful preservation. If continuing maintenance is not taken seriously, buildings can pose a danger to the public as well as, a loss of an important architectural asset.

And so, it appears, that demolition by neglect will win the day. In addition to the historic points made above, it is also true of the building that it was the best example ever in downtown Knoxville of how an urban garage should be built. It had retail spaces lining the entirety of it’s street frontage, with the exception of small necessary corridors for entry and exit of automobiles.

It was also a perfect structure for redevelopment because its floors were flat, with ramps connecting them, unlike most modern garages. It also contributed to a beautiful stretch of Market Street, which is among the most attractive blocks int he city. The views from the proposed condos (in the most recent redevelopment plan) would have been exceptional.

So, I see it as a loss. The question is whether it will be a net loss. Put differently, will what replaces it be more important to the city, more serviceable to this era, and a better contributor to our growth? Plans haven’t been released, but when they are, that will be the context of evaluation for that once lovely corner.