Monkey’s Bar to Open Soon at Central and Depot 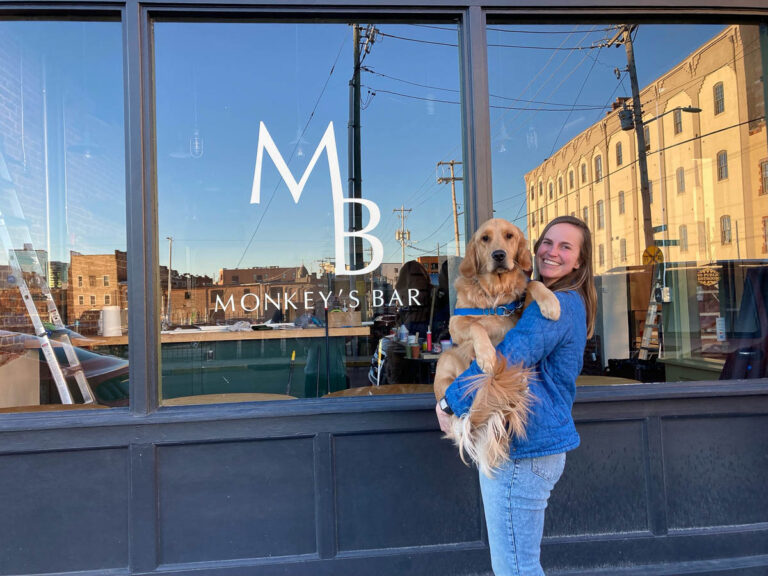 103 West Depot Avenue, at the corner of Central and Depot, did not stay vacant long. Elle Nelson, who will be known to patrons of the now closed Central Depot Bar, will open Monkey’s Bar in the very near future. I stopped by to speak with Elle to learn more about how she became one of the very few women to own a bar in the city and what patrons of the new establishment might expect.

Elle is from Knoxville, growing up in Fountain City and attending CAK, where she graduated in 2012. After attending briefly at Lipscomb in Nashville, she returned home and graduated from the University of Tennessee in 2016 with a degree in history and a minor in geography and secondary education, with plans to possibly teach high school history. She’d never really had a career in mind and since she enjoyed people, she thought teaching might be for her. She began to work as a tutor and basketball coach.

After substituting with the Knox County Schools and doing her student teaching, she didn’t feel ready to commit to the career enough to attend graduate school, which was her next step. She’d never worked in the service industry but was curious how well she could do working mostly for tips. She began work at Blue Coast Bar and Grill on Market Square in August 2018.

She worked as a server until November when she began training to be a bartender. The restaurant, unfortunately, soon closed and she was able to begin work at Chivo as a server in December 2018 and shifted to bartending in June 2019. She bartended there until February 2020 when she decided to move to Chicago with a friend. After getting a job there, she worked for weeks before the industry shutdown due to the pandemic, and she returned home.

Since the service industry was struggling, she began work for a landscaping company in the summer of 2020. By the fall of 2020 she began substituting again and did so through December 2021. She also returned to Chivo in March 2021, bartending there and, later, also at Stock and Barrel. Between the two, she learned her tequila and bourbon thoroughly.

In December 2021 she started work at Central Depot as a bartender. She knew that the owner, Will Bolduc, was moving to another city due to his wife’s career and she wanted to get to know the bar intimately. She’d been reflecting on her next move and the rush she felt from the service industry was addictive. “The service industry gets in your veins. You cannot replicate the rush . . .” But she knew she didn’t want to tend bar indefinitely. The idea of owning or co-owning a bar began to appeal to her.

She couldn’t agree to terms to buy or join the bar with Will, but she learned a lot by working there. She got to know the regulars and saw the good in the spot, but also the untapped potential. It is well situated near residential buildings and is a great space to host events, both for the bar and for private events, but that wasn’t being pursued aggressively. She said the events they did have were extremely successful, including their New Year’s Eve party, for which she DJed.

She took a break from bartending to consider her next move and took a job as a project manager for a government contractor. When she learned Will closed the business, she immediately approached Dewhirst Properties about signing a lease because she knew it would not remain vacant for long. She got the lease and began making plans.

First up was a name for the new business. She has a young golden retriever named Monkey (taken from a dog’s name on “Gossip Girl”) that she got as a puppy last winter. She brought him to work with her at Central Depot, “so I kind of raised that dog in this bar. Then he got big.” She decided to honor his history in the space with the name on the outside. Perhaps it’s more proper to say this is the only dog-owned bar in Knoxville. She promises he will make periodic appearances.

As for what patrons might expect, she describes it as “warmer,” though retaining the industrial feel. She said regulars from the previous bar will be met with familiar faces, as much of the staff from Central Depot have opted to stay on with her at the new bar. Chairs have been covered, molding added to the walls, additional shelving for art is under construction. She said it has all been accomplished with great help from her mother and father (both of whom have owned businesses in the past) and a contingent of friends, led by Valen Emmert.

She said the new bar will have craft cocktails, as well as the capacity to make most drinks customers might request. “Our liquor selection will have improved pretty dramatically from what was available before. “There will be a high-quality selection.” She says the selection of craft cocktails will rotate seasonally and customers can pair them with “elevated bar food,” the specifics of which are under development. Her brother Reid (who was an original baker at Paysan) has a couple of wood-fired pizza ovens and those may come into play. There will also be food trucks. 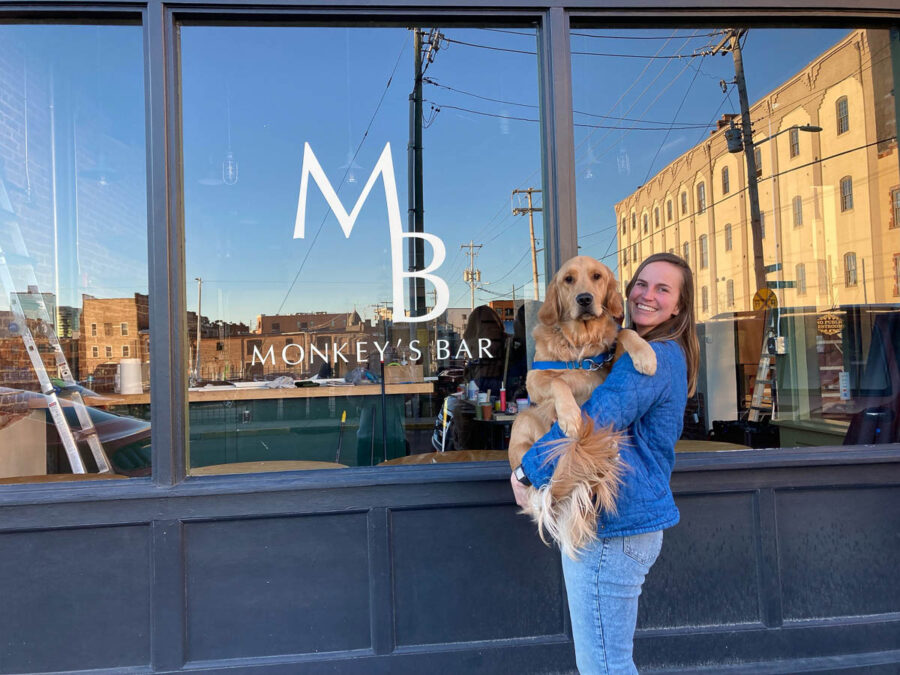 Those looking for beer will be in luck, with eight taps of “mostly local” beer. She said they may slip in other favorites, as well, and she plans to have a non-alcoholic beer option on tap, as well as in cans. There will also be a large selection of canned beers. Wine options will also be offered.

Events will be an emphasis and several groups have reached out to schedule in December. She’s imagining the spot as a perfect rehearsal dinner for a group of up to 60, for company parties, cast parties, and more. She will be willing to reserve it most any time. She also plans to have far more planned events and parties for everyone. She mentioned a possibility of a karaoke brunch, a beach party in January, and more.

“I love to work with people, and I love to see what I can do to make the most happen. I’m an implementer.” She likened running the business to coaching middle school basketball, “You have your players, you put them in the right position and your whole team does better.” And that’s what she plans to do starting very soon.

“In my mind, it’s a bar for the people and I’m grateful for all the hands that have been involved. It would have been the stupidest thing in the world for me if I didn’t maximize on this.” You can experience how she’s maximized it in just a few weeks. When that time comes, I’ll share it with you here. In the meantime, you can follow along on Facebook and Instagram.