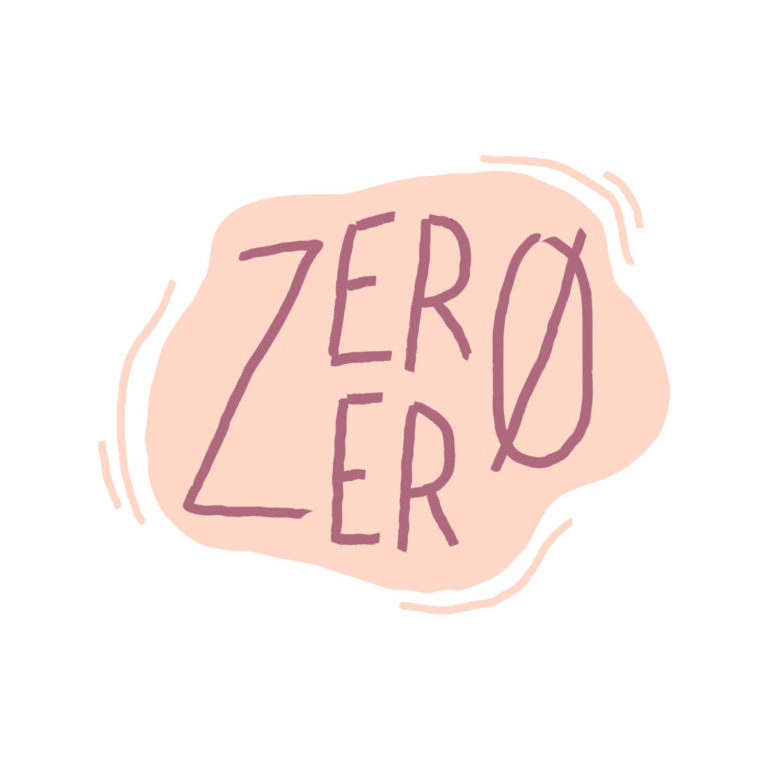 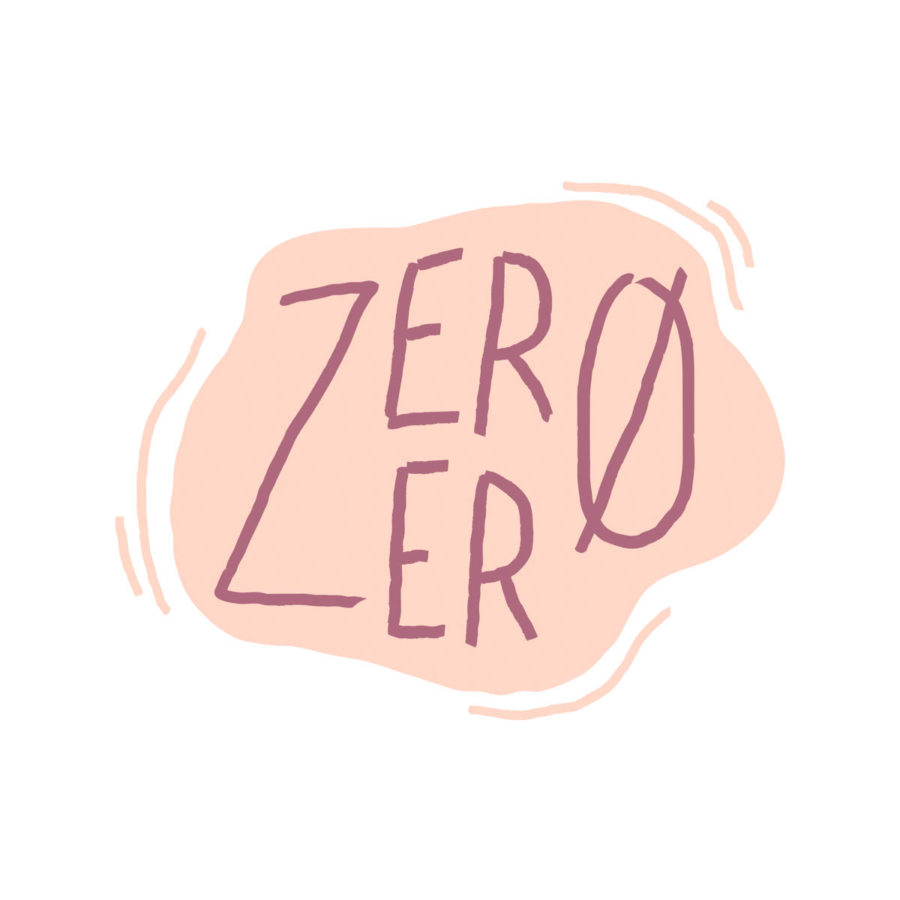 Zach and Alexis Hill have taken possession of 1211 N. Central Street, in the heart of Happy Holler, where they plan to open Zero/Zero (don’t pronounce the slash!), a wine bar, in November. The location was formerly Folly Boutique, and it is next to the, now closed, Time Warp Tea Room. The business venture will be their first to start together, but they also co-own Remedy Coffee along with Toby and Chelsea Koerten.

Alexis moved to Knoxville in 2015 to attend graduate school at the University of Tennessee, eventually completing her doctorate in audiology. She practiced as a full-time audiologist until this May, when the two decided they were going to pursue opening the wine bar. They agreed each of them couldn’t have a full-time job in addition to owning two businesses.

Zach is from the tri-cities area and moved to Knoxville in 2009. He got his degree in finance from UT and he and Toby worked at the same investment company. They were into coffee and became interested in Remedy Coffee when it came on the market five years ago. They purchased it and Zach said they’ve only recently gotten it to the place they envisioned. Zach now works full-time for a retirement planning company, while remaining active at Remedy.

Alexis said the two began talking about the idea when Remedy had to close to inside service during the early days of the pandemic. They had become interested in natural wines and they considered having Remedy be a coffee shop in the morning and convert to a wine bar in the evening. During staffing challenges coming out of those early months, they dropped that model, but continued began to discuss having a separate business allowing them to explore the wines they were learning about and learning to love.

Over the last two years, they’ve read about the wines they enjoy, and they’ve explored the growing world of natural wines. They said they continue to learn. The name Zero/Zero is a wine term indicating no yeast or sulphites have been added to the wine as it has been fermented and bottled, and it is a subset of natural wines. While not all wines served at Zero/Zero will be made in that manner, all the wines will be natural and sustainably produced.

They want the new bar to offer approachable wines as they continue to learn and share the learning journey with their patrons. They enjoy trying new things and they want others to feel comfortable doing the same thing. While Zach said they “take it very seriously,” they want to provide a “good time with a bottle of wine.” He confessed to continuing to learn how to pronounce the French and Italian names on their bottles and they don’t want anyone to be intimidated by what they are presented.

A natural wine is one made the way wine was made for thousands of years. There are no pesticides or herbicides used, and nothing is added to the wine during the fermentation process. While some natural wine makers will add a small amount of sulfites at the point of bottling, others will not, and it is always a much smaller amount. The wine also tends to have slightly less alcohol content.

For the couple, Alexis said they “care about how the grapes are grown and farmed. Sometimes small producers can’t afford the organic designation, but they’re still practicing bio-dynamic farming.” The sustainability of the process is important to the couple. As much as it is a process, Zach pointed out, “it is as much a philosophy.” In Europe he pointed out, the wines are often from small farms that have been in families for centuries, with the skills handed down through generations.

They will have wines from a range of places around the world. He’s keen on some Mediterranean wines, but also said there is some great wine coming out of Georgia (the country). He said the wine making there, which goes back thousands of years got buried along with other cultural expression while Georgia was a part of the Soviet Union, but it is now emerging as a leader in the natural wine movement.

Alexis said, “It’s a rich culture where many families grow their own grapes, and their wine is part of their life. It’s something the family does together.” She said when a child is born, grapes are set aside from that year to celebrate special occasions for them, serving it at their wedding. It is also an element of culture to serve wine that has a personal story.

While the couple has pursued particular wines they have discovered and loved, there are limits to what is available through distributors in Knoxville. The producers of natural wines represent only a very small fraction of wine produced. Only a very small portion makes it to our region.

The couple traveled to California for a tasting from a natural vintner they enjoyed. It wasn’t a typical Napa Valley wine tasting on a large estate. Instead, they met in a nearby town with the owners. They were harvesting grapes by hand and so were delayed for the meeting. “They were dirty and muddy and sat down at the table and said, ‘Here is my wine.’ as they poured.” That’s the kind of personal feel they want to share with others. Alexis said that when you realize they pick the grapes and personally see it all the way through to win, “you begin to realize why they care so much.”

Alexis said that her background involves listening to people carefully and determining what they need, even when they don’t have the vocabulary to explain it in detail. She thinks that skill and background will translate nicely in the new role as she helps people navigate toward wines they will love. She said, “Drink what you like and don’t be a snob,” has become their motto.

They will also have beer and non-alcoholic options. On the beer side, they will have taps with “great local beers,” but Zach said he wants one tap serving up PBR, just to underscore the lack of pretentiousness. They want to have something for everyone. “I love good wines and I love PBR.”

They are aiming for before or after-dinner crowd, so any foods served will be light. They may have breads from Paysan, for example, and they will have some quirkier items like “tinned fish.” The couple developed a taste for that during the pandemic as well. She said they want light items that pair well with the wines and may not be something that you eat every day. They want to bring in foods from people who do that well already. They will have meat and cheese options.

They think they will be open six days a week (closed on Tuesdays), Wednesday and Thursday 4:00 pm to 10:00 pm, Friday and Saturday 2:00 pm to midnight, and Sunday 2:00 pm to 10:00 pm. Zach pointed out that in other cities it’s not unusual for breweries and wine bars to open even earlier and he enjoys having an afternoon glass and “getting into bed earlier.” They pointed out that with a lower alcohol content and very few if any additives, the wines don’t leave drinkers feeling so heavy as they might from a couple of glasses with more alcohol.

Zach distilled it all by saying, “Grapes are a fruit, so it’s just getting the perfect fruit and that doesn’t happen very often. So, when you make wine like that, putting grapes in a bucket and letting them make wine, it is pure wine . . . It speaks to the ethos of what we want to do, to focus on very low-intervention wines that are very true to the place and people they come from . . . It takes a lot people and care.”