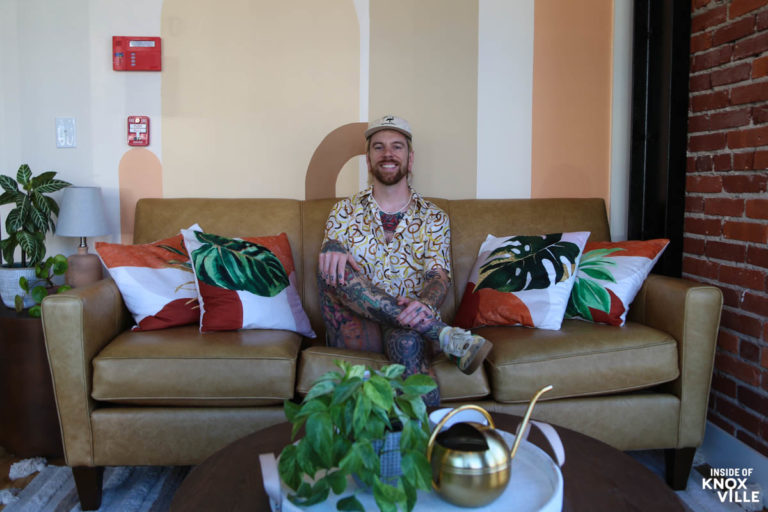 Nick Moran, who owns Riverside Tattoo in the Old City, and whom I first introduced two years ago, announced his latest business venture here in May. Local Collective is open with the intention to “facilitate an area where creatives can own and operate their own businesses with low overhead.”

To accomplish this, Nick has leased the space at 104 East Fifth Avenue and subdivided it. Offering small spaces for entrepreneurs who want to launch a business venture without the overhead of a full brick-and-mortar space, Nick hopes to help others begin reaching their business dreams as he is reaching his.

I met with Nick to discuss the new business and to check out the progress. The appealing space includes a waiting area, restroom, breakroom, and seven small, private spaces for lease. Of the seven, two are already in use, with the owners open for business. Sleek and Destroy is operating out of one space offering hair cuts for men and women, waxing services, beard trimming and more.

Nick said that Lily, who owns Sleek and Destroy, was the first to open and has been particularly helpful, Nick said, in helping him sort out a system that will be most supportive to his tenants. The Green Room was the second business to open, offering color and cuts. Nick continues to collect applications through the website (apply here) and has about 25 he is currently sorting through. He welcomes more.

There were a few delays with getting materials for the build-out, but otherwise, Nick says it went very smoothly. When I spoke to him earlier this week he was still waiting on a sign permit and a window for the rear space, which will add a lot of light to that space and down the hallway. He said he expected it to be worse. The Courtland Group renovated the building and did the buildout for his space and he said the experience has been very positive.

They were putting finishing touches on the landscaping while we talked and the rear parking lot has been recently completed. Work on the threshold awaits a part. In addition to the parking lot to the rear, plentiful street parking is available. “I counted and it was well over 100 free spots within a two block radius . . . If you haven’t visited this part of town in a while, come back by. It is drastically different . . . it’s a lot more lively.” It’s also a short, two-block walk from the Old City.

The open house will be tomorrow, Friday, September 2, starting at 5:00 pm and running to 8:00 pm. Food, drinks, and tours will be available. The art of Kelsey McMurray will be featured (and available for purchase). He plans to rotate artists and host First Friday events about every two months. You can also follow the business on Instagram and Facebook.