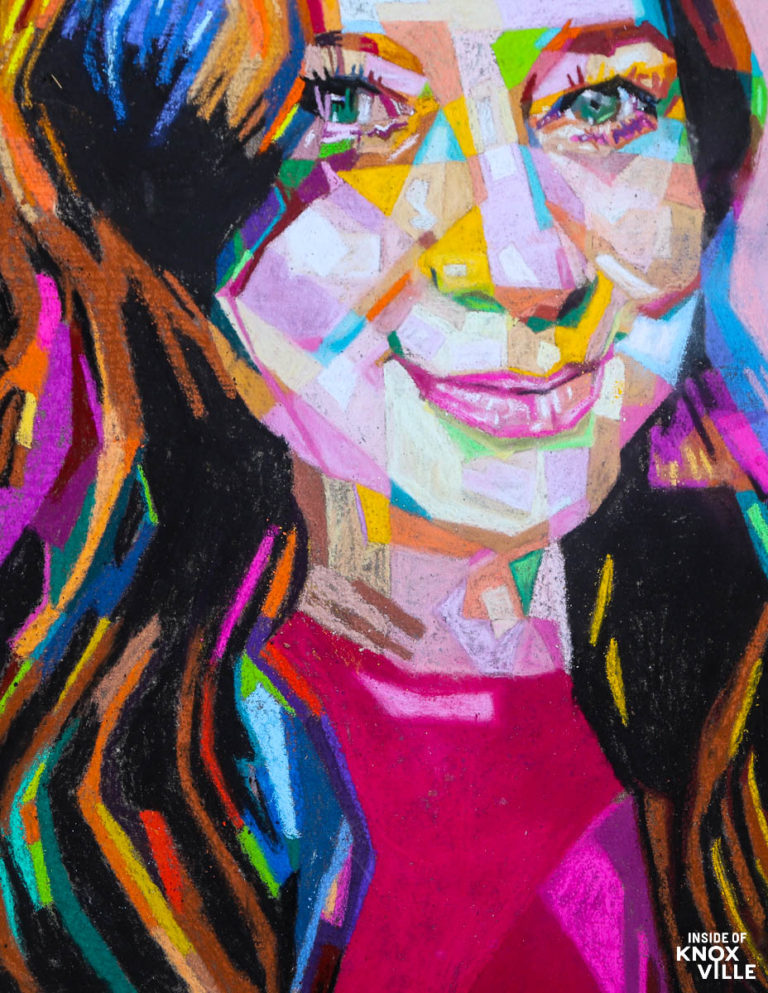 After distanced events the previous two years, the Dogwood Arts Chalk Walk returned to downtown Knoxville. With a footprint that extended further down Market Street, the event was decompressed a bit from previous years. The crowd was large, but more spread out, allowing everyone to enjoy the event to a greater degree.

With about 150 artists working alone or in groups, panels were found throughout the square and Krutch Park, as well as along Market Street to the rear of the East Tennessee History Building. School groups at every level, college students, adults, families, and professional artists created many wonderful works. Some were competing and many were simply enjoying a creative act alongside others doing the same.

Food trucks were lined up beside Krutch Park and a beer garden offered adult beverages, along with picnic tables to take a load off. We grabbed some churros and bought three for the four of us. When we were handed three baskets of churros, I realized our mistake. One basket would have been plenty. Yet, they were delicious and I think Urban Girl and Urban Boy probably put the leftovers to good use later that night.

As with Big Ears last weekend, the event felt almost bigger than itself. Every step we can take that feels like normal, feels beyond normal at least to me. The people are just a bit happier, the colors just a bit brighter. Greeting friends feels joyful and poignant. Maybe we’ve gotten a reminder just how wonderful and precious, just how much we should relish simple human interaction.

The chalk drawings are hard to photograph for an amateur, but I’ve presented my best effort here. Between the angle of drawings on the ground, the debris that gets kicked on top of them, the funky shadows if you shoot at the end of the show vs. the diminished quality of the images the following morning, it’s tricky. And then there are the crowds to shoot around. Any distortion of the images, or poor cropping is my bad and imagine that everyone of these looked much better than you are seeing them here.

I’ve selected a few images to display in large format, but all ninety-eight of the images are included below. I tried to shoot each and every entry. Just click an image to enlarge it. Enjoy!