2022 Festivals and Parades (Plus a few other major events) 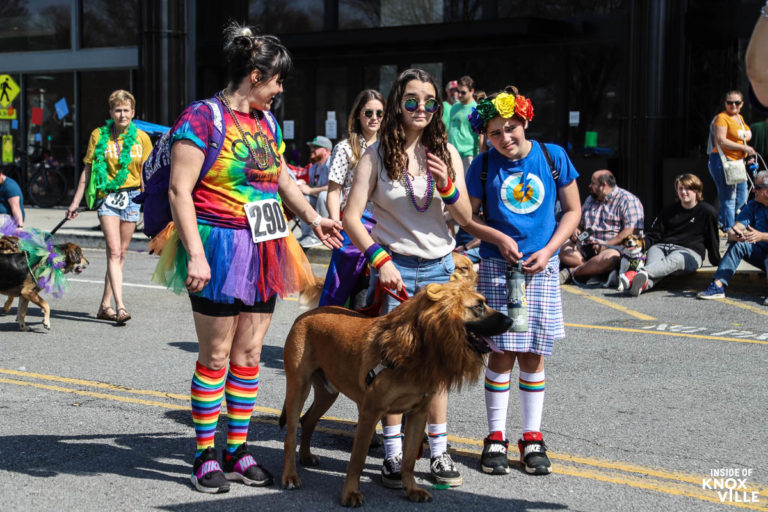 With the Mardi Growl Parade and Festival Saturday, Festival Season has officially begun in Knoxville. I haven’t published a festival guide in two years. The 2020 list end up being almost universally canceled due the the pandemic. Festivals were hit-and-miss in 2021. This year a full spate of festivals, parades and other events are on the agenda, and there is good reason to think we may see this one through.

The list below is equal parts research and educated guesswork. Some of the festivals have not updated webpages, so it’s unclear if they are continuing, or resuming. This page will be linked at the top under events and it may be updated, so check back. As always, I’m happy to take corrections, so correct me in the comments if you have knowledge of these events or others.

Am I the only one who thinks I may have to re-train myself to deal with the rapid onslaught of events and back-to-back festivals? It is such a far cry from some of the long days looking at the walls and repeating the same conversations. It’s time to Rock-and-Roll, Knoxville! (and jazz, and lots of other things.

Mardi Growl, started the month and the season this past Saturday, and if you missed that, you can find photos here. The festival marked a shift that began during the pandemic to having more events on the World’s Fair Park. Many of our festivals have simply outgrown our little Market Square, so we spread the joy.

The season begins with consecutive weekend parades, with the annual St. Patrick’s Day Parade returning this Saturday (March 12). The parade begins at 12:45 on Church Avenue, before turning right on Gay Street and proceeding through to Jackson Avenue, turning right and ending under James White Parkway.

After skipping a weekend, we go “big,” as in Big Ears Festival 2022, which runs from March 24 – March 27. It’s so big a weekend can’t hold it all, with events, performances and more starting on Thursday and running through Sunday. The world literally comes to our city for this festival which features dozens of musical performances, film, panels this year, for the first time, a free parade and street festival. The “New Orleans-style second line parade” begins at 1:00 pm at Jackson and Willow, winds its way through the Old City and ends at the Mill and Mine where a street party will commence from 4:00 pm to 8:00 pm.

Just to keep us all on our toes and keep the weekend interesting, the Covenant Health Knoxville Marathon, which is actually an entire family of races and events spanning two days, hits the same weekend, with the main event happening the morning of March 27. It creates a bit more chaos having the two the same weekend, but it’s kind of fun to think about world-class athletes arriving in Knoxville to be encountered by world-class musicians.

The pandemic took a toll in terms of a few festivals and events scheduled for April 2020 which didn’t return this year. April lost a couple, but maintains several marquee events, including the annual Rossini Festival and International Street Fair with music, food, and more, presented April 30 by Knoxville Opera. Featuring multiple stages and opera along with choral, jazz, and other music, it also features dance performances throughout the day, great smells from all the food vendors, and wine and beer sales on Gay Street, which is shut down for the event.

April also features Knoxville’s traditional signature festival: The Dogwood Arts Festival. This festival actually begins in February and features a lengthy list of events that run through April. Two weekends highlight the festival downtown when the annual Chalk Walk (April 2) brightens up Market Square and the Dogwood Arts Festival on Market Square (April 22- 24) dominates a weekend with everything art related. It’s a can’t-miss weekend for anyone who loves the arts and the city. Be sure to go to the main site above and check out all the other great events scattered over greater Knoxville during the three-month period. Also note that the Dogwood Arts Festival will be on the World’s Fair Park, as was the case last year.

The Southern Skies Music Festival presented by Dogwood Arts gets off the ground on May 14 after a two-year delay and includes the Dirty Guv’nahs and others, plus headliner Blues Traveler. Children get their turn with the return of the Knox County Public Library’s Children’s Festival of Reading on May 21. The day-long festival features children’s and young adult authors, story-telling, and much more.

May also marks the beginning of several ongoing events that while they are not technically festivals, they feel that way at times – and they are long running, marking spring and early summer as much as any single events. The biggest is the annual return of the Market Square Farmers’ Market to the heart of downtown. It resumes its regular spot on May 4.

Also resuming a regular schedule during the month of May will be the Concerts on the Square series, featuring Jazz on Tuesdays beginning May 3 and a variety of genres on Thursday nights starting May 5 on Market Square. I cannot adequately express my joy at the return of Jazz on Tuesday nights on the square. Heaven in the middle of the week.

June doesn’t slow much for Knoxville Festivals. It starts with Dolly Fest, one of the newer festivals, and includes the annual Bike, Boat, Brew and Bark event that celebrates all the things we love about the city. The USA Cycling Championships have been a big part of our June for several years and Brewfest is always a highlight for beer lovers. Pride has moved to a cooler date in October.

In July, we do slow down a bit on the festival front while we continue Jazz on the Square and the Market Square Farmers’ Market. There are a couple of notable exceptions, with our annual July 4 celebration on the World’s Fair Park and the beginning of the wonderful Shakespeare on the Square series.

The festivals have started to stretch through the fall. The Asian Festival highlights August each year along with the East Tennessee History Fair. Second Bell has moved to a later (cooler) date.