Inside of New York City: Buildings and Art 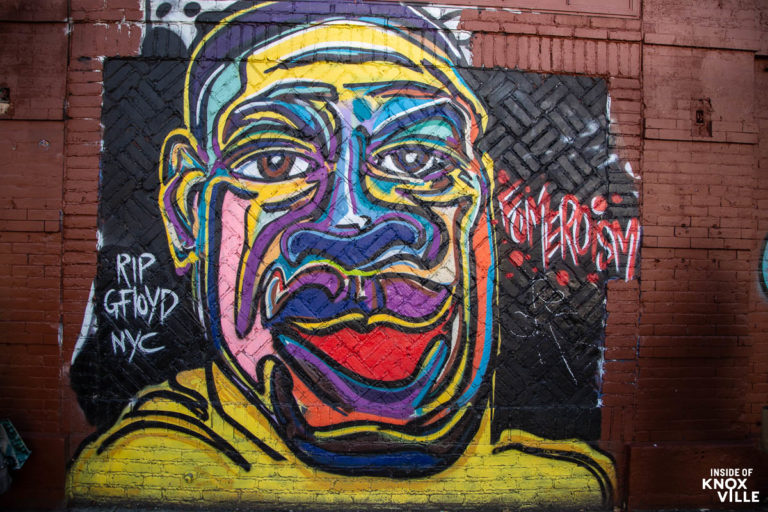 I heard from a New Yorker once, that the buildings are the real stars of the city. Certainly, an argument could be made to that effect. He waxed eloquent about the juxtaposition of the old and the new. While you could also argue its the arts, or the people, I do spend a lot of time gawking at amazing buildings whenever I go there, and this trip was no exception.

It always leaves me wondering why creative and challenging buildings are only found in larger cities. Maybe some of the developer or architect readers could chime in. While we seem to get a lot of new construction that looks the same, that isn’t as much the case there. Building costs don’t seem to be an explanation since building costs are probably as high there as nearly anywhere on earth.

In addition to constructing buildings, they also construct cool functional spaces like Little Island, which you see pictured here. Opened just this past spring, the environmentally sensitive project took a portion of the Hudson River and converted it to a 2.4-acre park atop 132 concrete “tulips.” It now offers park space, habitat for above ground and below water plants (66,000 bulbs and 114 trees) and animals, as well as a beautiful 687 seat amphitheater.

We also walked along the Highline, a 1.45-mile greenway which opened in 2009. It is located entirely on top of a former elevated train line. Whereas the train line could have been torn down and filled a large section of a land fill, instead it boasts wildlife, art, and great views of the city. It also helps the city’s air and temperature, functioning as a very large green roof.

Of course, that makes me think of Knoxville and some of the ill-conceived, dysfunctional areas that surround downtown, like James White Parkway and Neyland Drive. The four lanes of Neyland are only fully utilized eight days a year. On those days a simple pre-game and post-game reversal of traffic would give the same amount of traffic flow as it offers as a four-lane.

If the two lanes nearest the river were removed, imagine the development we could have along the north side of the river! We could have an entire river district. Or we could keep our big road. If other cities (like Chattanooga) can do it, why can’t we? Lack of imagination? Fear of taking a bold step? 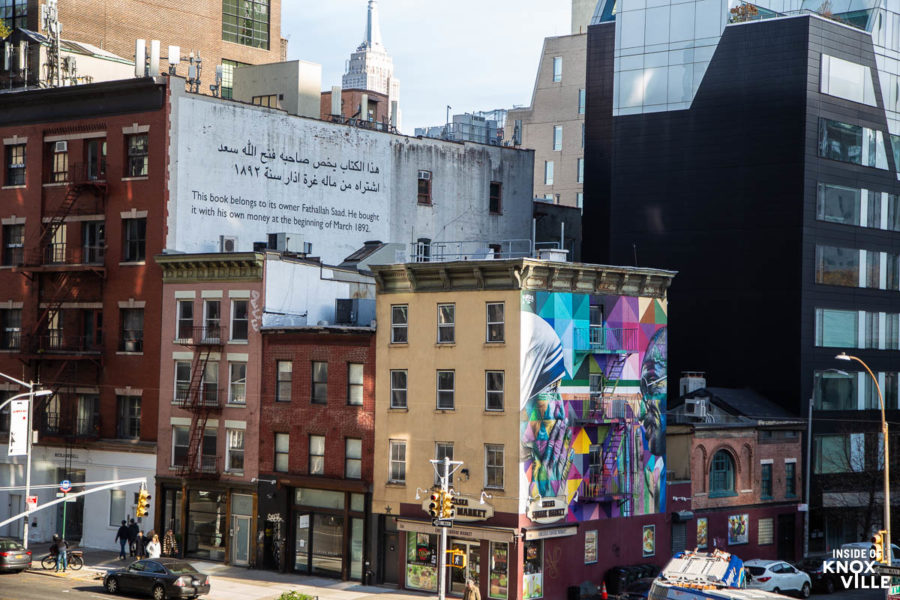 Art is found throughout the city, as well. You have to look closely to see the art by George Rickey in the photo included here (first one at the top), but it consists of a series of long metal rods which move and reposition constantly in relation to each other. We speculated as to the possible functional uses of the rods for ten minutes before a kind couple from New Jersey explained it was an art installation. We assumed, obviously, it was an attempt to contact aliens and that remains a distinct possibility in my mind.

Other notes on the arts that struck me is that the murals (and they are everywhere) are often more elaborate and often contain political and/or social commentary. Our murals tend to be attractive, nice, and non-controversial. It would be interesting to see some challenging murals introduced or murals that celebrate the under-celebrated or under-recognized among us. Maybe that’s just not who we are? Some murals were simply for the beauty there, of course, but from Mother Theresa to Ghandi, from George Segal’s Gay Liberation sculpture to the new mural of George Floyd, much of it was provocative.

Even the sidewalk art could take on its own attitude. I loved the painted sidewalk on St. Mark’s Place, though I suspect arrests would be made in Knoxville if the sidewalk was permanently painted. The other one pictured here was interesting. It was on Houston (pronounced How-stən” for those reading along at home) Street. A series of circles indicated “racist” spots, while others were “bad luck” spots. There were no “good luck” or “anti-racist” spots. No explanation was offered.

Finally, there was the majestic, visually confounding “Vessel,” by Thomas Heatherwick, which was completed in 2019. At 150 feet tall, it offers a massive presence and is designed to be climbed (2,500 steps, 80 landings) offering magnificent views of the city. Unfortunately, it also offered a path to ending life for three people who have jumped. As a result, it cannot be climbed at this time and the city is pondering how it might be re-opened with less fatal results.

So, Knoxville, where is our new construction that will be considered a treasured icon a hundred years from today? Where is our vision for making a dramatic improvement? Where is our challenging art?