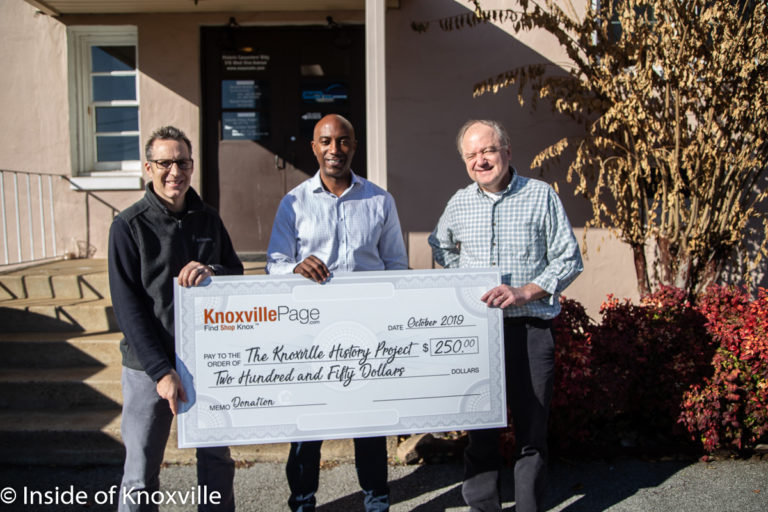 One type of article I committed to early in my operation of this website, was to cover not only business openings, but business closings. It can sometimes be painful for owners to have the conversation, but I always hoped it helped others who might be considering giving a business a try. I also believe, though it is hard to admit that something which seemed to hold so much promise didn’t deliver that promise, it’s helpful in moving on.

So many business owners have been generous in having those conversations with me, even though it was likely a painful topic to discuss publicly. If I’m going to ask that of others, I need to be willing to do the same when it comes my turn. My turn has arrived.

In June 2017 I fell into conversation with Anthony Ragland as I waited to take photos of the first of the U.S.A. Cycling Championships. He had just moved here from Atlanta and after connected a few times over the next year-and-a-half, he brought a proposal to me that we go into business together with Knoxville Page. I agreed and in early 2019 I started helping the project he had been brewing for several years.

The page was intended to be a search engine only for locally owned businesses. Revenue would come from more advanced splash pages for businesses who paid a monthly fee and from a store selling local gift cards and other products. We imagined it a great boon to local makers with a limited web presence.

In the summer of 2019 we officially launched with several contract sales people and a lot of work. Early revenue was very promising, but as is the case for many start-ups, gross revenue did not translate into net revenue. Each of us dropped money into the company as we went. The design worked beautifully, with great exposure for the local businesses which signed up, but not enough businesses signed up for the advanced page to make it work.

I hit personal headwinds in August, when my brother was diagnosed with cancer and became progressively ill, before ultimately dying in December 2019. I can easily say it was the most difficult time in my life and Knoxville Page took a back seat as I struggled to care for my brother and maintain continuity on Inside of Knoxville.

One of my happiest moments came in December 2019 when we made donations totaling $1,000 to several organizations close to my heart locally. The money represented 1% of gross revenues for the year. And so, we entered 2020 struggling to keep the company moving and hopeful the concept would catch on an we would be able to turn the business in a good direction. We were hoping 2020 would be a good year for the company.

You might know what happened next. As the pandemic hit, we agreed we could not take money from local businesses while they struggled. We suspended all monthly collections. We also pushed gift card sales and took none of the profit, allowing hundreds of dollars to go to local businesses early in the pandemic.

In the interim, Anthony lost his father to the pandemic and moved to Nashville. There he met his future wife and launched a new business. As the pandemic continued, it became clear this was not the time for us to resuscitate the dormant business. I recently yielded my 15% interest and Anthony is offering the business for sale to the highest bidder through the month of June. At that time, if no buyer is found, the website (which continues to get good traffic) will be taken down.

Anthony, a talented programmer, has upgrades ready to launch, including a new home page (view pdf here). Anthony would collaborate with any buyer to complete the upgrades to the site. With the site developed and fully functional, SEO supporting searches finding the site and businesses, and over 1,300 local businesses already listed, much of the front-end work has been done.

You can read more detail in Anthony’s final letter to businesses. If you are interested in speaking with Anthony about the possibility of taking the page and realizing its promise, contact him at anthony@knoxvillepage.com.

And so, a chapter ends for me. I’m happy I gave the launch a try. I lost money, was often exhausted beyond words, and stressed to the hilt. And I was energized, excited, and learned about the entrepreneurial world in ways that would have never been possible otherwise. Did the business succeed during my tenure? Not in financial terms, but I’m glad I tried and I’d encourage anyone to give their business dreams a run.

Many of you know that we had Urban Boy and Urban Girl living with us in our downtown condo for the last ten months. We dealt with virtual school and wrangled everything related to a six-year-old and an eleven-year-old while I wrote about the pandemic and local news, all in a relatively small space. It was wonderful and difficult by turns. We treasure the time we had with the two of them.

That has now ended, and Urban Woman and I are taking our fully vaccinated selves on the road. We are starting with baby steps, driving to homes of relatives and friends (who are also vaccinated) we have missed. By this fall we will likely start booking hotels and flights if the pandemic stays at current levels or improves. We leave this Monday for Alabama.

I’m mentioning this because it will likely mean I don’t post an article every day over the next couple of weeks and then periodically thereafter. I will be working on the road, but I’ll try to limit the work in favor of re-connecting with family and friends. This does not represent a major change in my publication schedule, just a little break here and there to recover from the last fifteen months of strangeness.

I hope you have a great weekend. I will see 30 of you tomorrow at Bike Boat Brew and Bark. The walking tour is completely booked, so I will have to catch the rest of you next time.