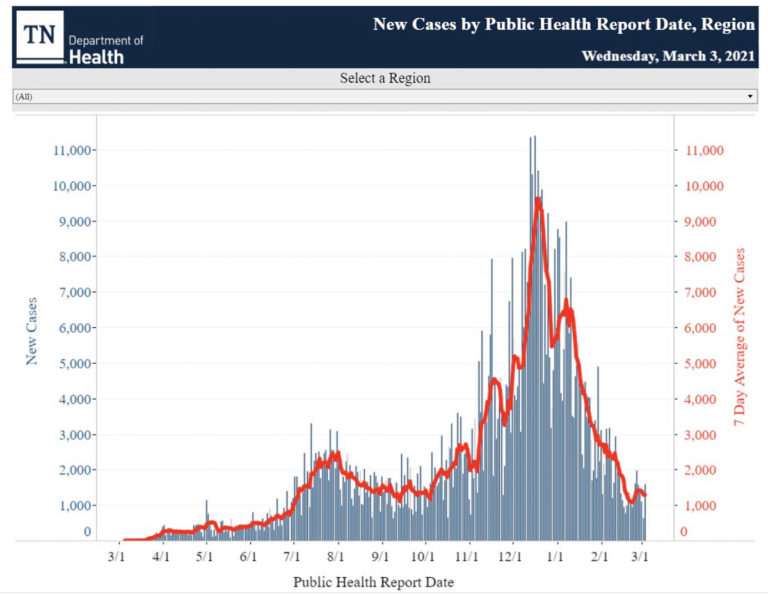 When will the pandemic end? We aren’t likely to wake up one morning and realized it ended while we slept, though that would be nice. Is there a personal marker you have in mind? Lists of what we will do when it ends isn’t the same thing. After months of obsessing over numbers, when will we feel it has ended and how will we measure that. A thought provoking article on the topic suggests that it will continue at a low level and we’ll have to accept that.

It makes sense. We won’t get to zero cases or zero deaths from COVID-19, so when is the risk lowered enough that we return to our normal activities in our daily lives? It’s a personal question, of course. Some people always felt the risk was low and behaved accordingly. The author of the article, drawing on an Atlantic article, suggests the standard may reasonably set at 100 national deaths per day, the same level as the flu. We have dropped from 3,000 to 2,000 per day, which is great. But a goal of 100 per day illustrates how far we may have to go.

The state of Tennessee is reporting 1,598 new cases of COVID-19. While this might feel like a surge over the previous few days when numbers were much lower, it is more a reflection of testing levels. The day prior, the state reported on 644 cases, but that was based on a very low testing level of just over 7,500. The larger number comes with a testing level of almost three times that level. It does underscore that there are people who are COVID-positive but are not being testing.

The 1,598 new cases bring state totals to 651,124 confirmed cases and 126,811 probable cases. 752,966 cases are considered inactive, while 13,510 Tennesseans are currently COVID-positive, up 385 from yesterday. The current seven-day average for new cases is 1,285, up three from yesterday, but relatively stable over the past two weeks.

An additional 59 COVID-positive Tennesseans were admitted to the hospital yesterday, bringing the pandemic total to 18,679. Current hospitalizations dropped by one from the previous day to 893 across the state. The numbers of COVID-positive Tennesseans in ICUs (246) and on ventilators (132) also dropped very slightly. Hospital census numbers have remained relatively level for the last five days.

The state reported 23 additional deaths yesterday, bringing the pandemic total to 11,459. The current seven-day average for COVID-19 deaths in the state is 28. The number is similar to those seen in September and October.

At the current rate of vaccinations, all Tennesseans could be vaccinated in 342 days, or by February 9, 2022.

As is typically the case, the day after the state announces a surge in testing, the county reports higher case numbers and today was no exception. After reporting only 37 cases yesterday, the Knox County Health Department reported 95 cases today, the highest single-day number of new cases since February 20 (101). It doesn’t likely reflect a surge in cases as much as it makes clear there are people who are COVID-positive and have not been previously identified.

The pandemic totals for the county are now 40,094 confirmed cases and 7,166 probable cases. 45,609 cases are considered inactive, while 1,110 Knox County residents currently have a confirmed case of COVID-19. This is the lowest number of active cases reported since October 11 (1,039).

After hovering in the 50s for nearly two weeks, the rate of hospitalizations has continued its decline, dropping to 46 yesterday and to 40 today. It is the lowest number of currently hospitalized COVID-positive Knox County residents since October 2 (39).

One additional death was reported yesterday, bringing the pandemic death toll in the county to 541. The person who died was in the over 75 age group. Many in this older group are in nursing or other care facilities and the state is reporting the completion of vaccination efforts in nursing homes and assisted living facilities. Case and death rates are down over the last month in these facilities and, as a result, the state has ended restrictions on visitations.

The state is reporting a 9.1% positive test rate average for the county over the last seven days.

Charity Menefee chaired the meeting today and thanked the staff working on nutritional programs with the KCHD. She affirmed the above information. She expressed concern regarding spring break plans and pleaded with people to continue to follow the five core actions in any plans they make. Phase 1C will be opened for vaccination of those 16 years old and older who have medical issues that make them more at risk.

She discussed benchmarks, which were updated today. Daily new cases are averaging 62 cases per day over the last two weeks, and 57 per day in the last week. The benchmark is rated green. Test numbers continue to decline, but reporting time is less than two days, so this benchmark is yellow. The Public Health/Vaccination benchmark shows vaccinations moving in the right direction, but still falling below demand. This benchmark remained yellow. They anticipate increases in supply in coming weeks. Hospitalizations have dropped and the benchmark is now green. For death rate, 20 deaths during the last 14 days is an improvement, but it will remain rated yellow.

She addressed concerns regarding vaccinations for minority populations. She made the point that in the 65 and up cohort, the percentages are comparable.

The Knox County School system is reporting 68 active cases, up two from the previous day. 3,337 students and staff have recovered and 870 remain in isolation or quarantine, up 95 from yesterday. Of those in quarantine or isolation, 788 are students and 82 are staff members.

The improvement reported yesterday on the metrics was maintained. Teacher and student attendance, cafeteria and bus support are all rated green, while custodial support and substitute availability are rated yellow. All schools continue to offer in-person instruction.

Active cases at the University of Tennessee continue to track downward, as the school reports 43 active cases today, down from 51 the day before. 4 new cases were added, and 2,950 students and staff have recovered from the virus. 223 students and staff are under quarantine or isolation, identical to the day before. Of these, 39 are staff members, 113 are residential students, and 71 are non-residential students.

One additional cluster was reported, this at the Sigma Kappa house, continuing the streak of clusters being specific to sorority houses. The reality has been ascribed to the design of the homes, which is unfortunate, as the houses are recently constructed and unlikely to be altered to be more in keeping with our current understanding of infectious disease.