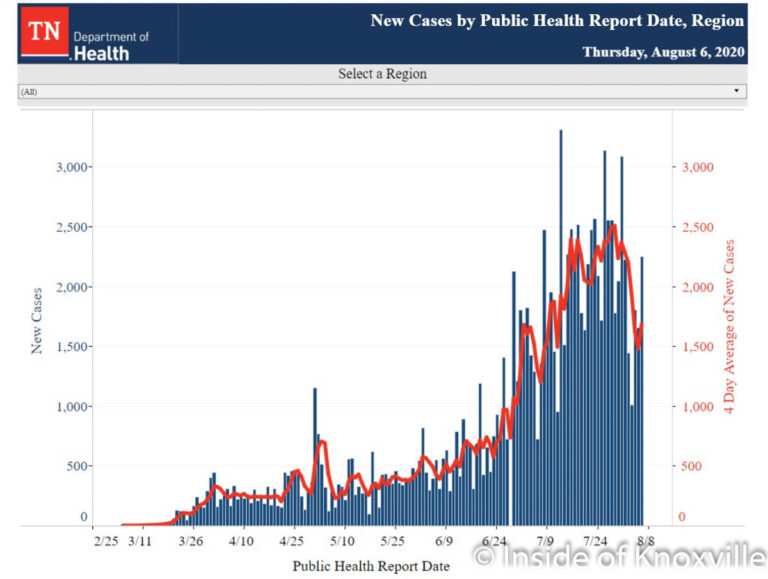 It’s Friday and I hope you all find a way to make your weekend a good one. We’re all stressed, worried, frustrated or some combination of each of those. It’s easy right now for that toxic stew to brew until it bubbles over. I know my patience is wearing more thin. Support each other. Be kind even to those who disagree. “Owning” somebody in a FB argument doesn’t really make any of us better in the end. Let’s be better, right?

The 281,232 new cases yesterday compares to 287,063 from a week earlier, continuing the slight downward trend in global cases which started about a week ago. The seven-day moving average is now 254,614, down from a peak of just over 260,000 new cases per day. The drop continues to be fueled largely by the drop in U.S. cases.

The 6,453 deaths yesterday compares to 6,427 deaths a week ago and continues the extremely slow incline in that statistic. The seven-day average for deaths is now 5,797, identical to yesterday’s average. The number was about 30 higher two days ago, so that’s without increasing. The same four countries contributed the largest share of yesterday’s reported deaths: Brazil (1,226), the U.S. (1,203), India (899) and Mexico (829). After these four comes a large drop-off.

The same four countries once again reported the most cases and India now seems established as the world leader in new cases: India (62,170), the U.S. (58,611), Brazil (54,801), and Colombia (11,996). Twenty-nine countries reported at least 1,000 new cases. Spain, Israel, Japan, France and Germany remain in the top group after each dropped out for a long period.

Africa’s struggles with coronavirus are uneven, with Libya, Tunisia and Algeria emerging as a concerns. India has surpassed 2,000,000 cases and its health workers have gone on strike over wages and protective equipment. Almost everyone in the U.K. is wearing a mask outside their home, with the number put at around 96%.

Yesterday’s number of new cases is almost 10,000 fewer than the same day last week, continuing the sharp downward trend in reported new cases. The average is now 56,599, down from a high of 69,190 just 13 days earlier. The average is now down to levels last seen in early July.

The death trend is less pronounced, but appears to be bending downward, as well. The 1,203 deaths yesterday compares to 1,465 deaths a week ago, which is encouraging. The seven-day average of deaths dropped to 1,070 from 1,107 the previous day. A week ago the average was 1,058, but it subsequently rose to 1,129 for two days. It’s early to call this change a trend. The three states leading the number of deaths reported yesterday included Texas (236), California (149) and Florida (120).

The economic fallout continues from the pandemic and the response and not all of the news is as dire as feared. The U.S. economy added 1.8 million jobs in July and the jobless rate fell to 10.2%. At the same time, with benefits not currently extended and rent protections removed, large-scale evictions are feared as 28,000,000 Americans face the possibility. A Georgia student was suspended after taking a photograph of a crowded hallway at her high school in which few students appear to be masked and posting it to social media. A South Dakota motorcycle rally set for nine days starting next week expects 250,000 people to gather, even though the majority of the town opposes it due to concerns over spreading the virus.

116,350 Tennesseans have been diagnosed with COVID-19 since the beginning of the pandemic and 1,186 have died from the illness. 77,588 have recovered and 37,606 people remain ill. The number of active cases is up slightly from yesterday and is nearly identical to last week on the same day (37,604). Yesterday, Tennessee reported 2,252 new cases and 42 deaths.

The new case number caused the four-day average to move up slightly, to 1,681 cases per day. The increase broke a six-day streak of dropping averages. Paralleling the U.S. numbers, the average number of cases is now roughly where that average was at the beginning of July.

The 42 deaths reported yesterday represent a new single-day high for the state, topping the 37 deaths reported on July 23. As a result, the seven-day moving average of deaths in the state has now moved above 20 for the first time after reaching 22.

108 additional people were hospitalized yesterday, bringing that total number since the beginning of the pandemic to 5,109. The net of currently hospitalized COVID-19 positive Tennesseans dropped, however, to a total of 1,082. The number has remained in a relatively tight range for the last two weeks, with the number two weeks ago reported as 1,095.

Testing numbers reported yesterday indicated about 23 thousand were tested and the total number has risen to about 1.63 million. While 23 thousand is a large number, the graph above shows a recent reduction in testing. A week ago yesterday, 24.5 thousand were tested and a week before that, the number was 32 thousand. Interestingly, the reported positive test result rate has not risen with the reduction in testing, which would be the expected outcome. Is more testing being done, but negative test results are not being reported as fast? It could explain the drop in tests and the stabilization in rate.

Locally, Knox County Health Department is reporting 129 new cases as we continue to daily bounce on either side of 100. The total since the beginning of the pandemic has reached 4500 cases. 2,418 people have recovered and 2,182 remain ill. The number of active cases has stabilized in the low 2000s for the last week.

No Knox County residents died yesterday, leaving that total number at 42. I submitted a question to the health department yesterday regarding the apparent reassignment of age groups to some of those who have died. They confirmed they had shifted some after reviews indicated they had been misplaced. The ages and genders of the two people who died yesterday indicated a 29-year-old male and a 56-year-old female had died.

Dr. Buchanan chaired the meeting today thanking the W.I.C. workers for their recent event focusing on breast-feeding. She gave another example of how to hold a bridal shower safely. She mentioned drive-through showers and virtual bridal showers. She said as long as people are spaced and masks are worn. Outside is better. Risk is related to distance, length of time and number of people.

Testing is continuing and she noted that some days the line may have to be cut off early in order to get the results back in a timely manner. She confirmed the above numbers. She spoke about contact tracing, noting they do this on many kinds of illnesses. When a positive result is shared with the Health Department, contact is attempted within 24 hours and the person is asked where they’ve been and who they’ve contacted. The goal is to trace to those contacts within 48 hours.

Close contact is defined as being within 6 feet for 10 minutes when they were active. The staff is trained to ask the proper questions and to gather useful data. She also noted that if the information is not provided accurately they can’t effective follow up.