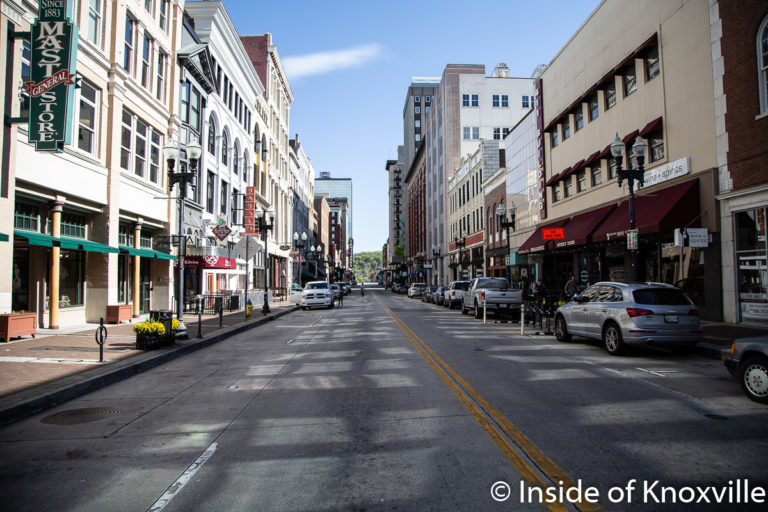 I hope everyone had a chance to get out and enjoy the beautiful weather we had over the weekend. Spring is springing no matter what is going on with the humans, and it is beautiful, as always. As a bonus, West Knoxville got to see a double rainbow yesterday, and in Downtown we had a visit from a cardinal on our balcony. Life continues.

Still, the predictions for this upcoming week from the White House and their response team have been dire. Surgeon General Jerome Adams said,

One of the most sobering statements was a small comment made by Dr. Birx, which didn’t immediately draw attention, but has received some coverage since. The two most basic activities we must do to survive are get food and medicine. She discouraged both, saying they should be avoided for the next two weeks.

“The next two weeks are extraordinarily important. This is the moment to not be going to the grocery store, not going to the pharmacy, but doing everything you can to keep your family and your friends safe.”

After crossing the 1,000,000 threshold just four days ago, there are now 1,292,361 diagnosed and acknowledged cases since the pandemic began. There have been 70,680 deaths world-wide and 272,501 people are reported to have recovered, while 46,110 are reported as serious or critical. There were 4,738 deaths reported yesterday across the world. Early signs are the number of new cases may be stabilizing world wide, with the slowing in Europe offsetting the growing numbers in the U.S.

The United States continues to lead the world in the number of confirmed cases, with 339,596, which is roughly the total of the three countries below us (although those three countries have a smaller population of about 190 million aggregated). European countries including Italy, Spain, France, and Germany, while still adding thousands of cases each day, have seen a slowing in the numbers of new cases.

I’ve mentioned Sweden as an interesting case because they have not clamped down as harshly as other countries. At the moment, they seem to be doing no worse than other countries and better than some, though their numbers may be depressed by the lower rate of testing as compared to their neighbors. They reported 387 new cases and 28 new deaths on Sunday, whereas last Thursday the numbers were 512 new cases and 59 new deaths. Is it possible their approach has worked or is this a lull before their numbers rise rapidly?

Germany has also drawn some attention, in this case for its remarkably low death rate. At nineteen deaths per million in population, it is experiencing far better outcomes than any of its neighbors. The U.S., by comparison, earlier in our curve, already has 29 deaths per million. Their mortality rate is about 1.6%, the best in the world. (South Korea is 1.8%, the U.S. about 3%, Spain and Italy 10% and 12% respectively).

In a weekend New York Times exploration of the phenomenon, they noted that Germany had prepared for this possibility by having a massive supply of ventilators, so there has been no shortage. They’ve dispatched “corona taxis,” medical personnel going to homes of patients to identify more quickly any who need to go to the hospital. Evidence suggests that having patients at the hospital before the increasingly well-known six-hour-crash greatly increases their chance of survival.

Additionally, a simple anomaly has resulted in the average age of infection in Germany being closer to 40 years old, as opposed to Spain and Italy, where the average age of those diagnosed is in the 60 year range. A hospital in Berlin had developed a test by mid-January and had posted the formula online. Germany had a massive stockpile of tests by the time the first patient was identified.

As of the moment of this article, the U.S. has 339,596 identified cases of COVID-19. Compared to Friday’s number of 216,772, this represents an approximate increase of 56.7% over the weekend. 123,018 of those cases are in the state of New York. Acknowledged deaths from the virus number 9,695. The number of deaths reported on Friday was 5,140, yielding an 88.6% increase in deaths over the last three days. Even with the increasingly staggering numbers, the New York Times reports a myriad of ways the death count is being under-reported.

The flow of information from the daily presidential briefings is in different portions helpful, informative, confounding, and maddening. Large percentages of the time continue to be devoted to discourse about unrelated subjects (border security) and praising the president while attacking his enemies, particularly those in the press. The president has used the press conferences to brag on his ratings and demean his least favorite network.

The information is often delivered with mixed-signals, or it doesn’t match what we are all seeing on a local level. We are told (after pressure from the White House) that the CDC recommends face masks while the president says in the same announcement that he will not wear one. We were told weeks ago that “anyone who wants a test can have one,” and locally and nationally, we continue to hear stories of people who aren’t eligible for testing.

We’re told the national stockpile isn’t intended for the states (then who is it for?) and then that it will be opened up because “governors have failed.” The president continues, every day, to urge Americans to use a drug that his own panel says may not be safe for use with this illness. Even as we are told we are entering what is projected to be the worst two weeks of the pandemic, the president continues to talk as if opening the country back up for business is eminent. He says the business loan program is a great success out-the-door, while articles have been published all over the country detailing how this is not so.

Tennessee is currently reporting 3,633 confirmed cases of COVID-19 and 44 deaths. Mid-day Friday numbers were 3,045 and 26, meaning that over the weekend, Tennessee’s confirmed cases rose by 19.3% and deaths increased by 69.2%. The rate of new infections, given that this covers a three day period, is encouraging. Deaths will logically continue to lag infections, so a reduction in infections will ultimately lead to a reduced number of deaths.

The latest numbers posted for Knox County indicate 119 cases have been identified and 70 people have recovered while only one has died. Eighteen people required hospitalization. There were 85 confirmed cases as of mid-day Friday, yielding a 40% increase over the last three days.

Expressing gratitude to her staff and to health care workers everywhere, Dr. Buchanan also expressed gratitude for the thank-you notes that have been sent. She thanked Kroger for the 262 tests that were administered through the drive-through test. She says they intend to expand testing as they are able. She encouraged a call to the Health Department if you are having symptoms.

She discussed the Medical Surge and Alternate Care Site Task Force, which is charged with looking at the expected surge in cases. It includes multiple agencies, and they met for the first time this weekend. Acknowledging the 119 cases locally, and the other numbers listed above, she said they are looking at models every day to determine what needs to be done.

Now that we have over 100 cases, she says they have more meaningful data to make projections and that these will be made public later this week. She says we are learning more about the virus and that will help us going forward. She noted the new guidance encouraging masks, but stressed that it does not supersede social distancing.

In response to questions: