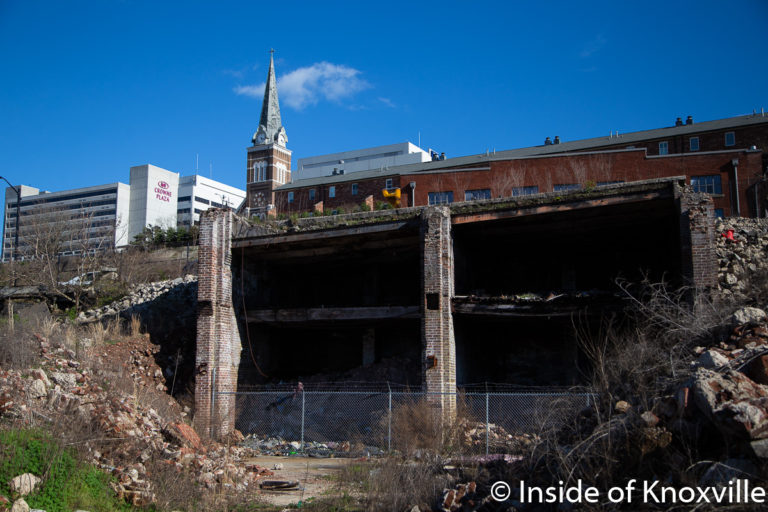 Today is Tennessee’s first day under the new Stay at Home order. The order was issued by Governor Lee yesterday evening and carries criminal charges for those found in violation. Consultations are currently underway to determine how enforcement will be carried out. The Governor also called a 12:30 press briefing, prompting our local Knox County Health Department to cancel theirs.

Since mid-day yesterday, the number of confirmed and acknowledged cases in the world has crossed one million. The latest number, as of this writing, is 1,043,658. Total deaths are currently 55,311. The number of cases have increased by about 8.2% since yesterday, slightly better numbers than the day before. Deaths increased by about 12.3% in that same period, which is a slightly faster rate of increase. The cases are the important focus, however, since if the cases are reduced, the deaths will eventually come down.

To be sure that we keep large numbers like these in perspective, it is important to remember that the world population is closing in on 8,000,000,000. Putting the two together, the world has seen 134 cases per million people and 19 deaths per million. No number of illnesses or deaths are good and these numbers are large, but they are not decimating the human race.

So, some perspective is warranted. Still, if it continues as projected, it will be one of the leading causes of death in the U.S. this year. It will almost certainly not be the leading cause of death here or around the world as a whole.

In other international news we’ve been watching, Spain has (for the moment) surpassed Italy for the second most cases, while Italy has the most deaths of any country. The numbers continue to suggest that both countries have turned a slight corner in bending the curve and slowing the number of new cases, though Italy is further along in that process.

I’ve also continued to monitor Sweden, which has allowed much more freedom and imposed much lighter restrictions than most other countries. Yesterday they had 621 new cases and 69 new deaths. Both numbers reflect new single-day highs for the country and a 12.6% increase in total cases and a 29% increase in total deaths in one day.

These numbers, though small, if they continue unabated will be devastating for Sweden, whose population is just over 10,000,000. Even with the small number of deaths, they are running at a death rate per capita far exceeding that of the U.S.

Before we look at the illness itself, there was big news regarding the economic impact today. Not surprisingly, the new jobs report revealed that the U.S. economy lost 701,000 jobs in March, which is the worst report since 2009. The unemployment rate moved up to 4.4%. These numbers are based on surveys taken in mid-March, well before the majority of current restrictions were put into place, meaning next month will certainly be much worse.

One of the interesting developments we’re seeing is the loss, either temporarily or permanently, of medical jobs. Doctor’s offices are closing due to a lack of patients, and some hospitals in lightly hit areas are laying off or temporarily sending home employees because of the elimination on elective surgeries, the reduction in accidents and violent crimes because people are staying home, and the extreme hesitance of many of us to go to a doctor’s office or emergency room unless we absolutely must.

Also nationally, the debate continues to rage as to where the equipment is that could be needed later or is currently needed in hard hit areas. Numbers continue to be floated, but hospitals continue to say they do not have enough. The ships that were sent earlier this week to New York City and Los Angeles are also proving to be less helpful than had been hoped and promised. As of Thursday evening, three days after its arrival in New York Harbor, the U.S.N.S. Comfort Hospital Ship had a total of 20 patients in its 1,000 bed facility, while the U.S.N.S. Mercy Hospital Ship in Los Angeles had 15 patients.

The ships are ordered to serve patients without the COVID-19 virus. The thinking was that this would relieve pressure from the hospitals so they could focus on the COVID-19 patients. The problem is that with the reduction in assaults, work injuries, traffic accidents and more, there are few patients in the hospitals who aren’t COVID-19 patients. The navy is also requiring that ambulances first take any patients to a NYC hospital where the over-taxed hospital staff must perform lengthy screenings certifying they do not have the virus before calling an ambulance for a second patient transfer, this time to the ship.

President Trump has stated that 100,000 ventilators are coming, but FEMA states most of those will not be available until the end of June, well after the projected peak from the current outbreak of COVID-19.

The overnight numbers continue to rise in the U.S. As of this writing at mid-day, there are 257,379 reported cases in the U.S. and 6,558 confirmed deaths. This represents about an 18.8% increase in cases over yesterday and 27.6% increase in deaths in one day. Each percentage is worse than yesterday.

I got into a debate on social media last night with a person who seemed to feel that saying the U.S. has more cases than anyone else in the world (solidly over twice as many as the next country down the list) is deceptive because when you factor in population totals, we are “near the bottom of the list.” This is not true. When you factor in population, the U.S. ranks 25th in cases per million (out of 204) and 20th in deaths per million (out of 204). And it’s worse than that because many of the countries above us have such small populations the comparison isn’t valid (San Marino, Adorra, Sint Maarten, Saint Martin, Monacco, The Channel Islands, Vatican City, Faeroe Islands, and more).

We’ll start with local today and end with Governor Lee’s 12:30 briefing. The Knox County Health Department is currently reporting 93 confirmed cases in the county, with 50 of those patients recovered and 14 having been hospitalized at some point in their illness. The number of deaths continues to hold at 1. The number of cases has increased 9.4% from yesterday. The number reported as recovered has increased by 19%. If these numbers could be maintained (faster increase in recoveries than cases), Knox County might avoid the dire situations many localities have faced.

At the state level, the Governor imposed the Stay at Home order yesterday afternoon. He became the fortieth (roughly) governor to do so. Like other southern governors, he left an exception for religious services. Worldometer reports Tennessee has 3,194 cases and 32 deaths as of mid-day today. This represents a 4.9% increase in cases and a 23% increase in deaths. If the 4.9% isn’t a statistical anomaly, it would indicate good progress against the illness. It is so dramatically different from yesterday’s percentage increase (20.7%) that it seems suspicious (not in a conspiracy sort of way, just a statistical one). It may simply reflect a different timing of the data dump for the day.

The Governor delivered his address from the University of Tennessee. He said he’d met with Mayors Jacob and Kincannon, Dr. Buchanan, and State Senator Massey this morning in order to coordinate efforts. He stressed that every Tennessean has a personal responsibility to reach the best possible outcome for our state.

He said a state command group is preparing for a coming surge that they anticipate in our state. They are trying to expand bed capacity and, based on their models, expect to need as many as 7,000 additional beds. Locally, they have identified setting up a facility at the Knoxville Expo Center on Clinton Highway. They are also calling for medical workers to join the efforts if they are not currently employed. He said they are attempting to expand PPE numbers for each county.

He said Launch Tennessee is searching for businesses within the state who might be able to help by manufacturing or donating supplies. He acknowledged UT’s efforts in producing over 10,000 3-D face shields. He said a local West Knoxville Lions Club has donated PPE.

To small business owners, he acknowledged their crisis. Calling it a “difficult season,” he said it is the same for larger business owners and for employees. He said the state is working hard to provide help via small business loans, unemployment, etc. He mentioned Project Paycheck, which went live today. He also said the help will continue after the immediate crisis ends.

He also said that Tennessee is one of the leading providers of testing per capita in the country.

In response to questions, he said: