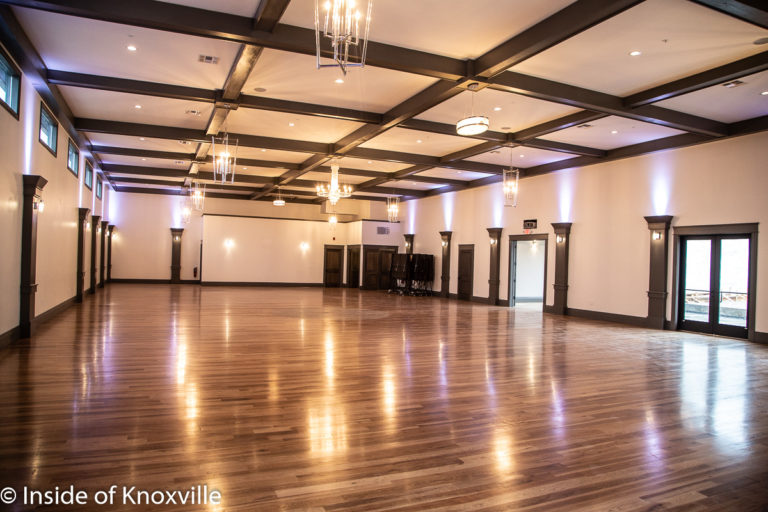 Daniel and Whitney Schuh have opened The Brookside at 1221 North Central Street and have begun hosting events. The couple owns a significant portion of both sides of the street on the primary block in Happy Holler. In 2007, they purchased the buildings that include Relix (which they own and operate), Central Flats and Taps, Chop Shop Hair Studio, and Raven Records and Rarities.

While operating Relix and hosting numerous weddings and other events there, the couple realized that it simply didn’t work for events that drew crowds over a certain size. In April 2017 they purchased three parcels across the street that included Club XYZ and the parking lot behind it, a tire shop, and an additional parking lot. With the approval of the city, the three parcels became one, an alley was removed, and a small strip along Oklahoma was included, creating one parcel zoned for its intended uses as an event space, with a restaurant planned for later.

Daniel is originally from Charleston and first came to Knoxville to obtain his degree in architecture. He graduated in 1998 and returned to Charleston, later feeling the pull of Knoxville and moving here permanently in 2003. After working briefly for another architect, he began working on his own in 2004. He and Whitney began accumulating property and children (they now have four), and he said working for himself allows for more time with his children.

His focus early in his career was historic reconstruction and restoration, which he still loves. He purchased machinery to replicate old moldings and other architectural features, and that capacity continues to serve him well as he makes his own molding for his current projects, including The Brookside. He says it slows down projects, but he can save money and have nicer finishes than would otherwise be possible.

The name of the new event space comes as a tip of the hat to the history of the area, which from the late 1800s until past the mid-point of the 1900s was home to Brookside Mills. In the early 1900s, Brookside was Knoxville’s largest employer. The building housing the new space was, Daniel believes, home to Carmichael furniture and served as their showroom. Oklahoma Avenue was formerly named Brookside Avenue.

Daniel said they’ve learned a lot about the business of hosting weddings at Relix and what makes for a successful event. They wanted to use that knowledge to inform the new and much larger space. The first move was to, literally, raise the roof. The cement block building, which was covered with faux rock, had eight-foot ceilings. Crews lifted the roof to make fourteen-foot ceilings and replaced the walls. It proved less expensive than demolishing the old roof and building upward and, as an added bonus, sent less waste to the landfill.

The new space includes a basement, for a total of about 13,000 square feet. The main event hall has 5,000 square feet and a 425-person capacity, while the smaller “lounge” space downstairs has a capacity of 325. The smaller downstairs space may be reserved independently, but the twin spaces are perfect for the trend toward weddings and receptions being held at one location.

A long list of amenities is available, including tables, chiavari chairs, and linens. Both floors are wired for sound, and lights and speakers are installed in the ceilings. The space works for a range of events, from corporate events to parties of any sort. An expo kitchen is located on the main floor to accommodate caterers, and a prep kitchen is located on the lower level. A bridal suite has been constructed, as well as a groom’s area, making it possible to stage and host weddings from beginning to end.

The couple expects the venue to evolve as they add staff and services. They have a list of approved vendors for floral, catering, photography, and deejays. They personally attend many of the events to ensure that everything is perfect. Whitney said they “try to make the process easy.” She adds that because they are so invested in Happy Holler, they “take a lot of pride in the area.”

There are approximately seventy parking spaces around the building, with an additional seventy across the street behind Angel Ministries, in addition to street parking. They’ve also extended the front patio to more closely engage the street along Central and have plans for a sheltered outdoor space facing Oklahoma.

A Grand Opening and Open House is planned for January 9, next Thursday, from 5:30 p.m. to 8:30 p.m. The event will include “live music, heavy hors d’oeuvres, & drinks from the bar as you experience a mock wedding reception.” Relix will also be open across the street. Give them a “like” on their FB Page and follow them on Instagram.