Startup Culture is Alive and Well in Knoxville 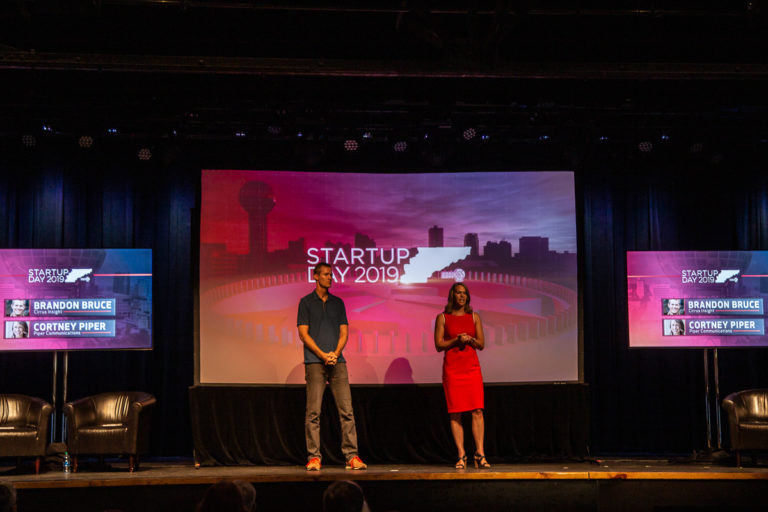 StartUp Day, The Mill and Mine, Knoxville, September 2019

There are so many slices of Knoxville. We may inhabit one and step into another two or three from time-to-time, but there are many of which we know not. My hunch is that most people living in and around our city have no idea that there is an active, vibrant start up culture in our city. Many would never imagine that multi-million dollar companies are emerging from our city.

Innov865 presented its annual Startup Day yesterday at The Mill and Mine to a large, enthusiastic audience of entrepreneurs, investors, and wider group of others who are simply interested in learning about local, innovative companies. Cortney Piper and Brandon Bruce hosted the event which covered a wide range of entrepreneurial topics, as well as featuring several up-and-coming companies.

Mayor Rogero opened the event as she has at previous Start Up days, saying that her administration has tried to maintain a strategic focus on developing an atmosphere that supports local startups. Her address was followed by an interview of mayoral candidates Indya Kincannon and Eddie Mannis, moderated by Kristin Farley.

Both expressed strong support for entrepreneurship and said their administrations would continue the efforts to further the culture. Topics covered in the interview included having a designated entrepreneurial center, supporting minority-owned businesses, digital equity, and city monikers. They both indicated they would continue to use the “Maker City.” Ms. Kincannon added that she’d like us to be known for clean energy and Mr. Mannis said he’d like us to be known as a city of opportunities.

The heart of the event was pitches by six very different local companies with a $3,000 prize for audience choice and a $7,000 prize for the judge’s choice. Each presentation was followed by a question-and-answer session with the judges who were comprised of investors and a small business expert.

The pitches revealed a wide range of companies, from manufacturing to tech and medical companies. Mitch Ishmael presented Active Energy Systems, a company that has developed a very different model of air conditioning that produces ice during the cooler part of the day. It is environmentally superior to standard air conditioners and could help meet the coming increased demand due to climate change while reducing the damage currently done by HVAC systems.

Mac Bartine presented SmartRIA which is a compliance software company designed to help financial advisers comply with the multitudinous regulations in their industry. Their growth figures were impressive. Since 2017 they’ve grown 8% each month with a 95% profit margin. They project to exit in four years with a $200,000,000 valuation.

Reviewbox, presented by Jim Horey, aggregates reviews and data from Amazon to provide timely information to companies. They have large, national companies and small businesses as customers. In three years they’ve grown to $60,000 in monthly recurring revenue. Matt Smith pitched TCPoly, a company manufacturing “thermally conductive plastics for 3D printing.” The judges speculated that the conductive plastic they have developed might have a wide range of applications. It helps solve the problem of overheating electronics.

The final two pitches, Eric Mayer with EDP Biotech and Lia Winter of Winter Innovations both focused on the medical field. EDP Biotech has developed a blood test for colo-rectal cancer that is more accurate and simpler than the current fecal-based test. Winter Innovations has developed EasyWhip, “suturing needle designed to make whip stitching in orthopedic surgery easier.”

Which sounds the most promising to you? Which one would be the most likely to get your venture capital?

While the judges deliberated, Brandon Bruce interviewed Kelly Tiller, President and CEO of Genera. The Knoxville-based company produces “ag-based fiber for sustainable products.” Originally focused on providing the raw product from grasses and other renewable natural resources, the company has recently raised $118,000,000 to begin manufacturing take-out containers made of grass, intended to replace styrofoam and other non-biodegradable products.

So, which company sounds the most promising? The audience and the judges agreed that Winter Innovations’ medical suturing device shows the most promise. Both checks, totaling $10,000 were awarded to Lia Winter, who said the money will go toward making prototypes of the product.

With the influence of UT, ORNL and related industry in Oak Ridge and an increasingly supportive entrepreneurial infrastructure, Knoxville should continue its run of developing home-grown major companies in a wide range of fields. Luring national companies to move to our city gets a lot of press, and it’s important, but in the meantime some local entrepreneurs are making their own home-grown businesses that grow organically and are putting Knoxville on the start up map.