An Update and Look Inside the Downtown Embassy Suites 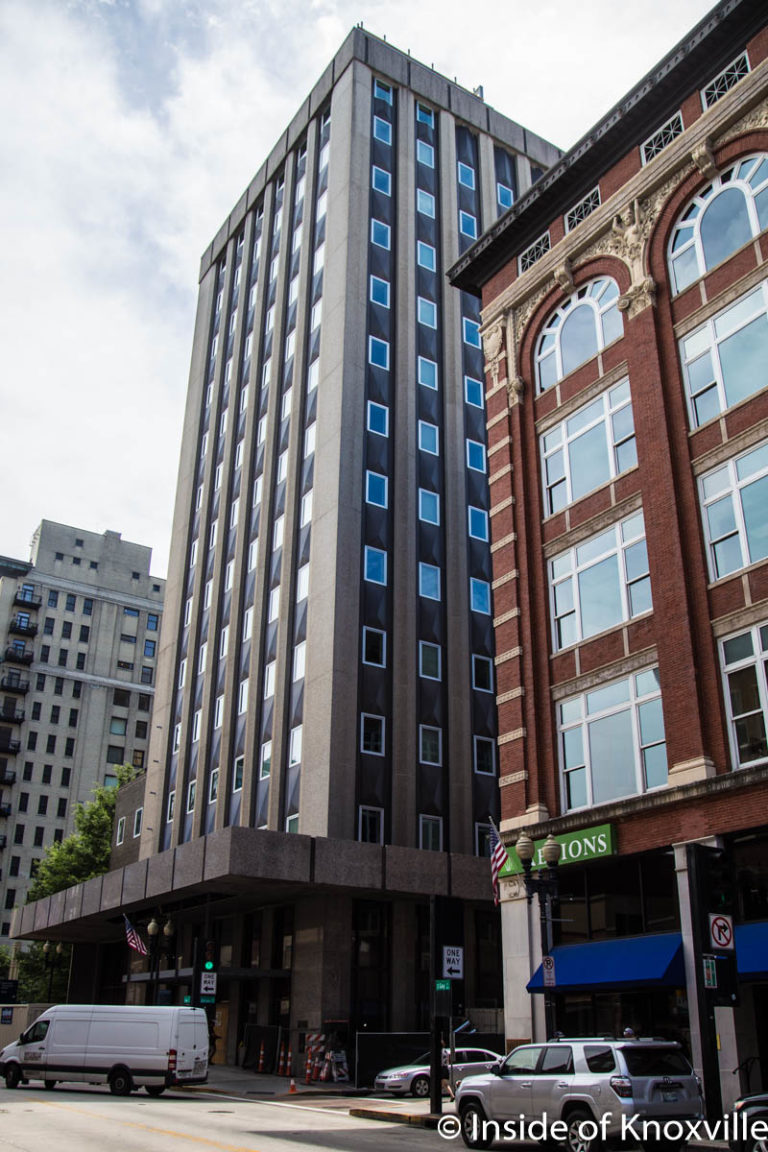 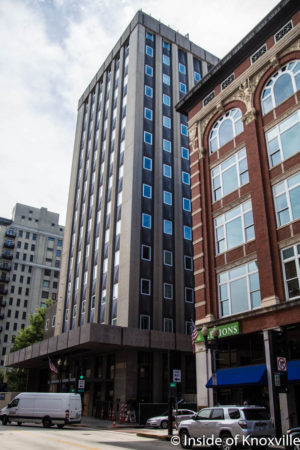 It was October 2017 when Alpesh Patel announced plans for his Kana Hotel Group to transform the office building at 505 South Gay Street to an Embassy Suites Hotel. At the time, the estimated completion date was spring of this year and work began in early 2018. Progress has been steady and continues, but the projected opening has been delayed until fall of this year.

The infrastructure for the building is largely in place and finishes for floors 2 through 12 are “99% finished,” according to Alpesh Patel. Rooms weren’t ready for photography, just yet, but they are getting close. Remaining work on these floors should be complete, soon.

Previously announced plans remain accurate, with small changes around the edges. The first floor will include businesses facing the street and an interior lobby. The mezzanine level will include a much larger version of Matt Gallaher’s highly respected Knox Mason restaurant previously located on the 100 block of Gay Street. Floors 2 through 12 will be filled with suites, while the thirteenth floor will be devoted to two condominiums.

The rooftop has been the source of much attention and, as previously announced, it will include a pool for guests and a large rooftop bar available to the public. One portion of the rooftop is devoted to an enclosed space with massive windows on three sides. Outside the enclosure, an exterior deck divided between public spaces and private space (the pool area), offers spectacular, near panoramic views of the city in every direction.

There is a significant structural feature of which I’d previously been unaware: The center of the floor in the lobby will be removed for the placement of a massive water feature. This, along with the staircases in the rear of the space and the massively high ceilings (going up through the mezzanine) should make the lobby a spectacular entrance to the hotel. The lower level, street level and mezzanine will be the final areas to be finished, with finishing touches to begin in August.

Also shown here is the view from the balcony seating outside the restaurant. It will be the first seating overhanging Gay Street and will be sheltered by the permanent covering already in place. The restaurant will also include a large interior space facing Gay and Union. The much larger kitchen than available at its previous location should allow Chef Gallaher the opportunity to expand the menu in additional creative directions.

While details are still limited, there is new information regarding the retail space in an around the first floor. Previous plans called for the presence of Maker’s Donuts. With the apparent demise of that business (and the presence of the popular Status Dough on the next block), food options shifted.

K-Brew, which had previously been announced, will anchor the entrance facing Gay Street and, in another development since the original announcements, they have begun offering house-made bagels and these will be available at the new location.

Three other businesses appear to have been determined, though details are limited. A simulated golf course (Top Golf Swing Suite) will open on the Gay Street frontage, and a cigar shop appears to be a late entry. It is possible the cigar shop might have a smoking area on an upper floor patio. Finally, and on the Union Avenue side, a spa will open which is available to both the public and guests of the hotel.

A special thanks goes to Joe Hess, site manager, who patiently gave me a great tour of the building.