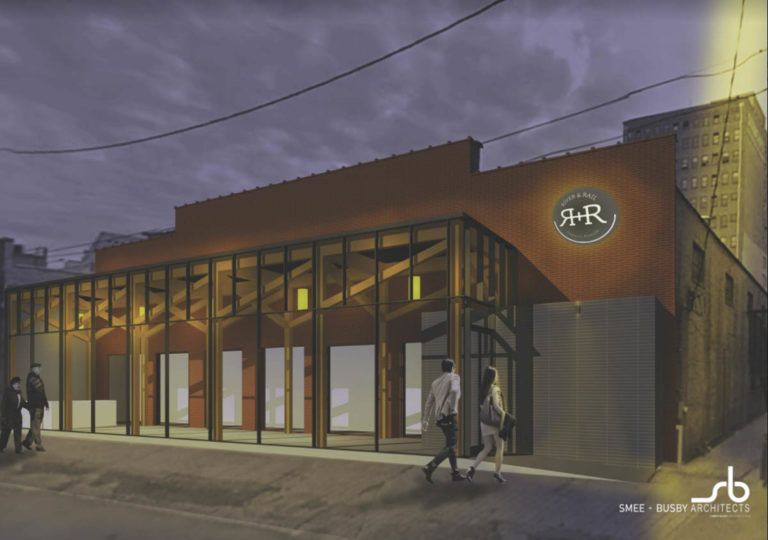 Just over a year ago, River and Rail Theatre Company announced plans to open the Old City Performing Arts Center. It was an ambitious plan to convert the old Cor-Tenn building at 111 Central Street into a space to be used by all manner of performing artists and groups. They entered a lease-to-own option and began working on design, finances and operational plans.

They took possession of the building in March of 2018 and began fund raising efforts. Obtaining a loan to purchase the building and make necessary changes to begin operations was the first goal. The agreement with building owners Gary Reeves and Tom Kenny including an eighteen month option on the building.

Joshua and Amelia Peterson, of River and Rail, knew the building was perfect for their purposes from the moment they walked inside in October 2017. It had a rare combination of space with 6,000 square feet, no columns and 28 foot high ceilings at the center. It was as if it was meant to be a theater. Gary agreed to allow the lease payments to go toward the purchase price, the city agreed to change zoning to C2, meaning less parking would be required. Still, they needed the loan.

Smee Busby completed a feasibility study led by Christopher King and plans were presented to the bank. The loan was approved and the purchase of the building was completed last Friday. The loan will cover enough of the expense to get started, though Joshua says it will be “scruffy,” to start. In the meantime, Robin Easter Design has developed the new logo you see included here.

The first steps toward the black box theater they envision, will be replacement of the HVAC and electrical systems. Two bathrooms will be constructed and the mezzanine on the north side of the building will be taken down. The western mezzanine will remain for now to serve as a backstage area. What is currently a garage door will become the temporary main entrance.

The work will be completed by the company that did the construction on the west Knoxville KBrew, Reagan Design and Construction. They are also doing the work on Fin-Two in the Crozier Building on the next block. With these improvements completed, the theater will be able to function and open to events. Current plans call for construction to begin in the next two weeks.

If all goes well, the group hopes to open the Old City Performing Arts Center and present their first production in October. They are planning and will soon announce their first full season of three-to-four shows, with two of those coming in the spring. They will once again present “The Unusual Tale of Mary and Joseph’s Baby” as their Christmas production. 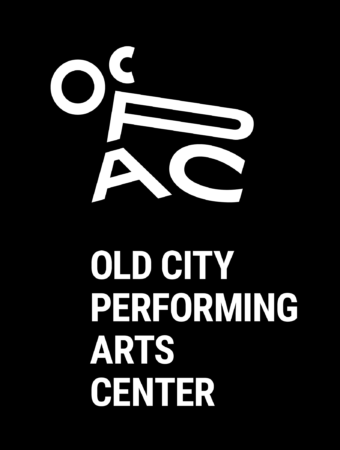 At that time, the facility will also be available for lease to other groups. They hope to focus on week-long rentals, but they will accommodate single-night and longer runs as possible. Temporary seating will be utilized initially, with flexible seating to be added later. Raised seating will be available. In the transitional phase, the venue will be able to hold groups of 299 standing or 225 seated.

In the fall, you can expect an opening event in which the public is invited to see the space and that will also likely serve as the launch to a Capital Campaign to fund phase two. Once completed, the venue will fill the mid-size gap in Knoxville performing arts venues, with a seated capacity of around 300 and standing of upwards of 400.

It should serve bands, groups and artists who need something bigger than a bar and smaller than the Bijou. They also hope to be a part of Knoxville music festivals. The final structure will also include rehearsal spaces for lease, as well as a small grab-and-go restaurant which will double as concessions when a production is underway. This will be located inside the new lobby which will be built on the current loading dock.

Of the entire journey, Joshua said,

The support has been remarkable. It takes a village to grow a theater company and I can’t wait to do a full season. We love our Christmas production, bu we will do all sorts of theater to fit our large creative vision. Live theater can engender empathy like nothing else.

The building is a means to an end: to make great art. We have been commissioned to create a musical around the Harry and Febb Burns story to coincide with the 100th anniversary of the ratification of the nineteen amendment (August 18, 1920). We’ll do a lot of new work, but we’re excited to do a local story with national relevance.

If you’d like to make an inquiry about leasing the space or offer assistance in the effort to complete the plans, please email info@riverandrailtheatre.com.