2019 Fourth and Gill Tour of Homes, Part One 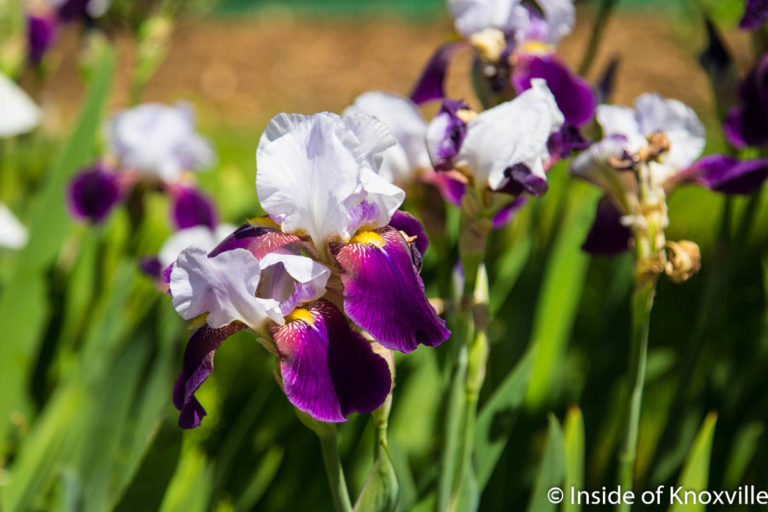 The annual Fourth and Gill Tour of Homes is always a highlight of our spring. Urban Woman and I have taken the tour for about a decade and it never gets old. If nothing else, the neighborhood simply makes for a beautiful springtime stroll, as shown in the amazing azaleas and irises currently lighting up the streets.

But the homes and churches are the stars that keep us coming back. Seeing what the owners do with their homes is inspiring both because of the beauty found in many of them, but also in the love and hard work that went into bringing the homes back to life and keeping them in good shape.

Since we’ve been on the tour a number of times, we sometimes skip a stop or two that we’ve seen before. This year’s tour included Knox High, which we skipped because we go there all the time to see Urban Uncle who moved there last fall. He loves living there and the place is beautiful, so see it if you haven’t. You’ll find my Knox High tour photos from a year ago here. We also skipped Central United Methodist because we’ve seen it a number of times. Photos of that and all previous tours can be found by searching for the Fourth and Gill Tour of Homes in the search bar below.

As always, the information for this article is all taken from the great tour booklet which gives the history and other information about each home. It is compiled and written by Arin Streeter.

We started our tour at Brownlow Lofts. Originally called Glenwood School, it was built in 1913 and later changed its name to Brownlow School, named in honor of John Bell Brownlow. The school was redesigned in 1926 by Knoxville architect Charles Barber.

The school hosted students until the 1990s and the building was used for interior shots in the the 1999 movie October Sky. During the first decade of the new century, the building fell into disrepair and was in danger of being lost when the neighborhood rallied to save it. In 2009 it opened as condominiums and it includes 35 units.

The two units on the tour and pictured here, 110 and 210, share identical floor plans with the exception of a slight bedroom/bathroom redesign in 110. The upper unit has twelve foot ceilings, and both units feature windows on each end. This contrasts with most units in the building which have windows on one end only, as they were previously classrooms. Extra fun for us: A good friend lives in 110 and Urban Brother lives in 210.

Our next stop was 1205 Luttell Street. Luttrell bisects the neighborhood and serves as the main thoroughfare to get from one end to the other. It also contains a large number of beautiful homes that, generally start with older homes on the south end and move up through the decades as you move north.

This home is located toward the north end and was built in 1920. First occupied by Max Friedman and his family, the home would be the residence for a succession of Jewish residents through the years as the neighborhood was home for much of the city’s Jewish population through the middle of the last century.

Mr. Friedman hit some financial difficulty and lost the home, but he ultimately found great success in the city. He later owned a building on Gay Street, a jewelry business and became a city councilman. According to the tour booklet, it was Mr. Friedman who suggested to President Franklin Roosevelt that was the country really needed was “a new deal.”

The home was most recently purchased in 2008 and has been extensively renovated and updated, making it a dazzling show place. Built-in closets, a window box, new hearth tile and updates to the kitchen, bathrooms and a backyard haven give the home tremendous appeal.

1214 Luttrell Street was offered as a glimpse into the intricacies of a rehab on an older home. Currently undergoing extensive renovations that include an interior redesign by Open Door Architecture, with work being completed by Prime Renovations, the home will soon regain some of its previous luster and once more become a single family home. Open Door also did the redesign for the HGTV home in the neighborhood and both companies worked on our little urban renovations, so we’re big fans.

Built in 1914, the first residents were Charles and Margaret Youngblood and various family members. Charles died in 1933, leaving the home to his niece. Like so many of the older homes, it was subsequently divided into two apartments and remained in that condition for decades until the current renovations.

1109 Eleanor Street is a beautiful craftsman home built in 1917 by brothers Earl and Fred Worsham. The brothers were the second generation of the family construction business which would later build numerous Knoxville landmarks, including the Andrew Johnson Hotel, Church Street United Methodist Church and the Medical Arts Building. Just those three would be enough to put them in the Knoxville architecture hall of fame.

The home was sold when it was completed and went through many owners over the years. The current owners purchased the home in 2017 (the home’s 100th anniversary!) and have undertaken extensive renovation since. Gorgeous throughout, my favorite room was the library/office situated on the back side of the home, featuring beautiful, large windows, built in floor-to-ceiling book shelves and a library-grade sliding ladder.

We’ll break this here and come back tomorrow with the second half of the tour which includes some of my favorite homes and a look inside the beautiful nave of St. John’s Lutheran Church.