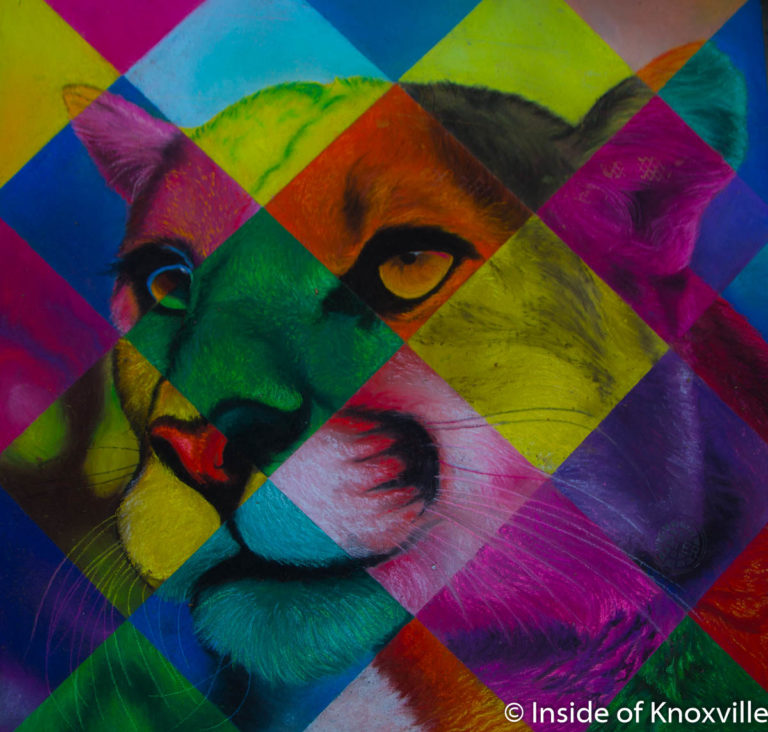 Well, that was big. The entire weekend seemed to carry massive crowds, starting with First Friday, then the Chalk Walk and great weather on Saturday, followed by a Sunday night with sidewalks on Gay Street crowded enough to be difficult navigating.

The center of it all was the eleventh annual Chalk Walk. The growth of the event could hardly be overstated. In the early years, it was relatively easy to meander about through the drawings, chat with the artists, and — at least one year — have a nice glass of wine while strolling! Times have changed.

The event itself seems to have grown tremendously. I don’t know how many entrants have participated each year, but this year I took photographs of 118 pieces of art, some of which represented several artists. Add a family member, friend or three or four and you’ve got a crowd. Then there are the people who love the event and come to watch, along with the large crowds we expect on a normal sunny spring Saturday in the city. That’s a big number, if you’re adding it up at home.

The event, sponsored by Dogwood Arts and chaired by Jim Dodson and Kathy Slocum, is one of the most feel-good events of the year, with something for children, families and passersby. It’s a competition, and make no mistake about the seriousness of some of the artists, but it is also a collaborative, happy day for basking up the sunshine (rain and chalk do not play well together). This year’s event was sponsored by Doug’s Other Honey.

I’ll not list all the awards, but you can find the full list here. An artistic duo, Megan Lingerfelt and Jeanne Seifried, won Best in Show. Well-known local muralist Curtis Glover won both the People’s Choice Award and T-Shirt Award. The T-Shirt Award means his chalk drawing of a lioness will grace the official t-shirt for next year’s event.

As for the photographs included here, this is a small sample of the full group. I picked some of my favorites to include in this article and I’ll have the full group on the Inside of Knoxville Facebook Page later. I believe I photographed every official art work, as well as a few that were not official, but reflected some good effort. I attempted to give credit to artists, but sometimes sponsor, group and artist were hard to determine. I’m afraid I should have credited more specific schools and credited teacher/sponsors instead.

Enjoy, spread it around and watch for the full upload later on. And look forward to next year’s great event.