Want to Try Out Co-Working for Free? This Week Offers Your Chance 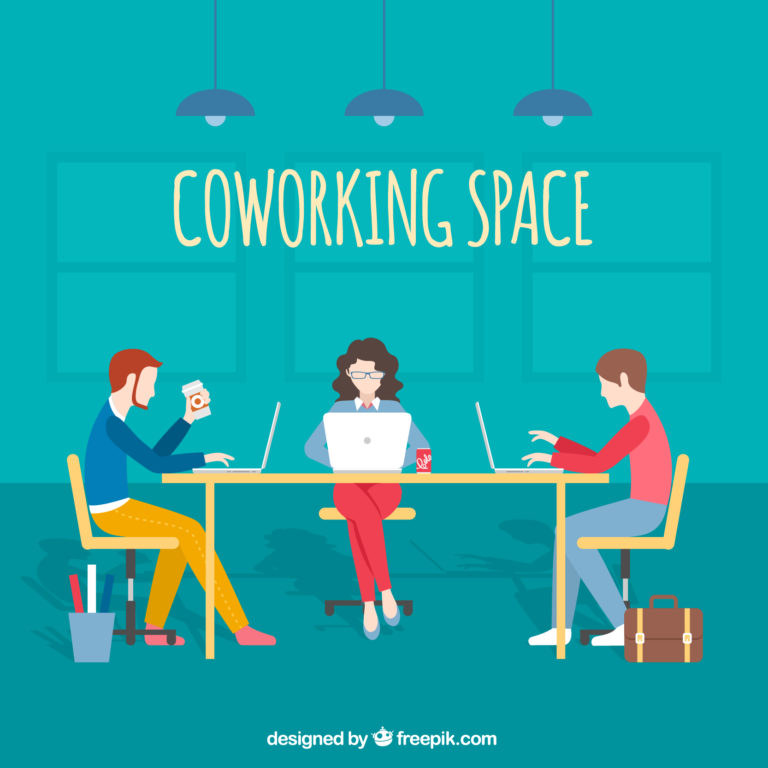 Co-working is a growing option to solve a number of problems presented by the modern economy. Often privately owned startup companies can’t afford office options with the amenities they need to do their jobs – like conference rooms and high-speed Internet connections. Businesses that operate during only one eight-hour segment of the day are not earning money on their space during the other sixteen hours a day.

In an effort to increase income for small businesses while helping others get started with minimal expense, co-working spaces have been a growing trend since about 2000, with estimates indicating the practice roughly has doubled every year since.

It can take on a number of forms. In some markets, businesses have sprung up to coordinate co-work spaces and enlist more businesses to join. Some businesses, like Red Chair Architecture in the Old City have started offering workspaces for a fee utilizing their leased but unused space. Other co-working spaces, such as AlmaDiem in west Knoxville or Regus in the First Tennessee tower downtown offer the spaces as their primary business model, allowing start-ups to share space during different hours.

One model not yet offered in the Knoxville market is the approach of utilizing restaurant and bar space, as well as other businesses during their off hours. The idea is being pursued locally by two young entrepreneurs, Miles Biggs and Daniel Hodge, each of whom are from Knoxville. Miles attended college in New York City and worked for a Nashville solar farm company doing project development, while Daniel attended UT earning a BA in political science and a masters in architecture.

It was in the architecture arena that Daniel stumbled onto co-working from the angle of developing collaborative work spaces and it became the subject of his thesis. Miles said the two noted the dearth of co-working spaces available locally and determined to create a physical location for entrepreneurs to meet and collaborate in an engaging environment. Daniel has already set up a space in Oak Ridge, TS-117, as a highly secure collaborative space for government contractors with the Department of Energy and the Department of Defense.

The two have formed a company, Joule Desk, to meet what they perceive as a need in the community, by offering businesses an income stream during off hours while offering entrepreneurs a work spaces with collaborative opportunities. The amenities offered at each space would naturally vary, as would the price to use the space.

Given the newness of the idea in our area, the two are offering a trial co-working experience of sorts. They are sponsoring a co-working week at Last Days of Autumn, today through Friday from 9:00 AM to 5:00 PM. For this week there will be no charge. Miles said, “It’s an opportunity to see what it might be like. We hope it is the first of many co-working experiences.” They feel there are a number of aspiring co-workers who will welcome the opportunity to work along-side peers.

Daniel says the two will use the week to learn the interest level and to gather data about the kinds of co-working spaces that might appeal to a cross-section of Knoxville entrepreneurs. They likened it to the Airbnb model in which different accommodations are matched with the people who want them. Some locations, for example might offer larger tables, some a private conference room, and so on. The price would be determined by the host per hour or per portion of the day.

Last Days will offer coffee, beer and food and others might offer something similar or simply the space to use. Unlike working in a coffee shop, there is typically a set fee and others are there for a similar reason. The expectation is that a community forms and collaboration and networking is a natural outgrowth of the environment.

Feel free to drop in if you’d like to give it a try. If you’d like to be assured a working spot, RSVP here. It’s a great chance to find out if co-working might be for you — without any financial risk — while hanging out in a cool spot.