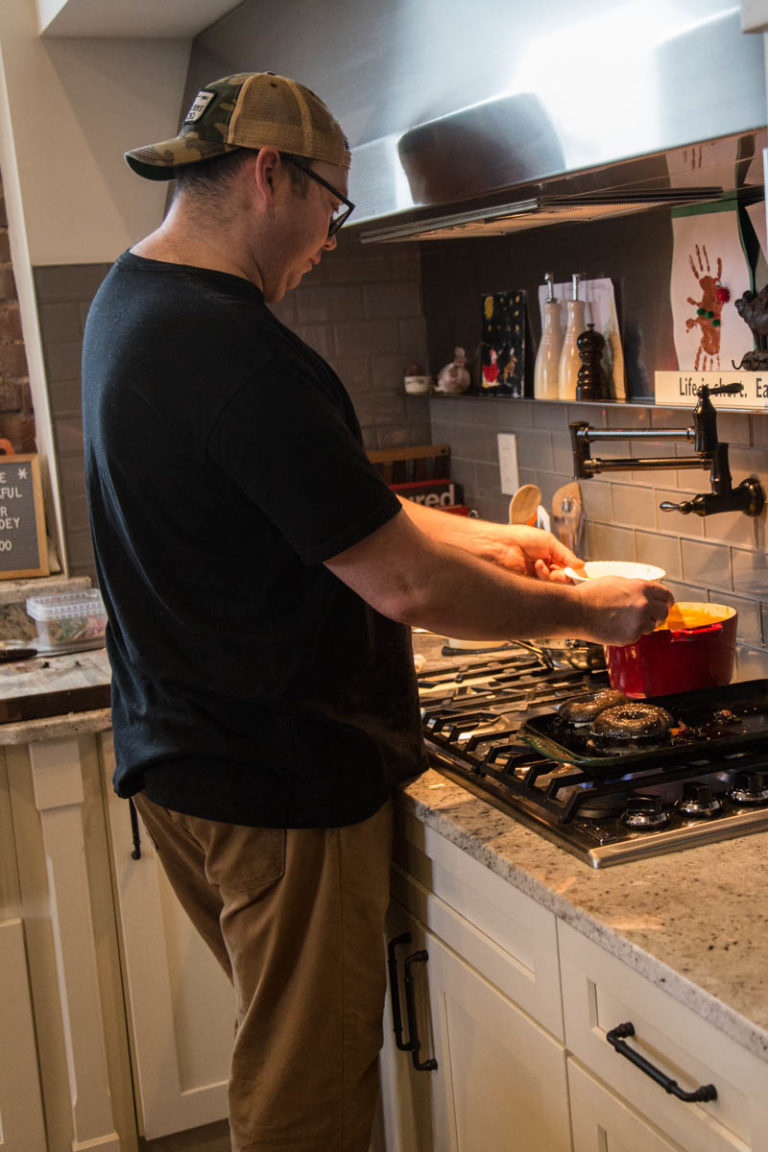 And so, the final question in the series of articles is answered: Chef Jeffrey DeAlejandro will retain his lease at the current location of OliBea at 119 South Central Street. He’ll move OliBea a couple of blocks to the south this summer and, after a brief construction period, he will open a new business at the 119 location.

His plans offer an interesting insight into planning and sustaining a business. He told me this concept was one he’d had before he opened OliBea, but the margins on a butcher shop and deli are very thin, so he felt opening a restaurant made more sense at the time.

A number of variables have changed since he opened OliBea, however, and he feels those changes make this the right time to open the business he’d originally considered. First, and most obviously, the Old City is different now. A number of new restaurants have opened, the population has grown and it is poised to grow rapidly in the coming months. That makes a low-margin business more likely to succeed.

The other element that comes into play is that he is well-known and has developed relationships with many of the other restaurants and farms in the area. He’s also listened to his customers over the last four years and that has allowed him to fine-tune his concept in order to make it more likely to be profitable.

To one side in the new shop will be a butcher counter and meat case. He plans to have a range of locally and regionally produced beef, pork, lamb and chicken, using the relationships he’s developed. You’ll be able to purchase ham, bacon and sausage and more. He’s had numerous customers ask about the availability of the meats he’s used at OliBea and now they’ll be able to buy them from him. He’ll also offer quality cheeses in the same manner.

Customers will not only be able to buy the meat to take home for preparation, they’ll be able to purchase quality charcuterie boards made by the experienced partner he’s bringing aboard. This is also where the relationships with other restaurants comes in: He’ll be able to supply many of them with their charcuterie boards, thereby not having to depend on walk-in business alone.

The meat and cheese being what he uses at OliBea, he can also supply his own restaurant, meaning that the operation should work together very nicely and give the business a good running start it would not have had four years ago. With a partner, he can leave the operation of this shop to focus on the larger OliBea just down the street. And conversely, anything you enjoy at OliBea, you should be able to snag at the market.

As for the deli and market, he’s picturing a New York Style deli where those same meats and cheeses have been made into great, fresh sandwiches and soups available for grab-and-go. He will offer foods based on what he can get that is fresh at the time, so the menu will rotate. There will likely be a few seats in the revamped space, but the emphasis will be clearly on dropping in and getting what you need for lunch or dinner.

“People have told me for a long time what they want and I have listened. They want to buy the grits and cheeses and more that I use and small restaurant owners want pre-made charcuterie.” Now, he feels, he is ready to meet that demand and that the demand is such that it will support the new shop.

As he did with OliBea, he’ll start slow and add more products as the demand grows. He hopes, for example, to add a seafood program eventually, starting with orders for the fish and seafood that he can get fresh. Expect to see this and other changes as the market and deli sides grow into what can be sustained at this point in downtown Knoxville. If all goes well, he said it would be great if that eventually needed a larger location, just like OliBea.