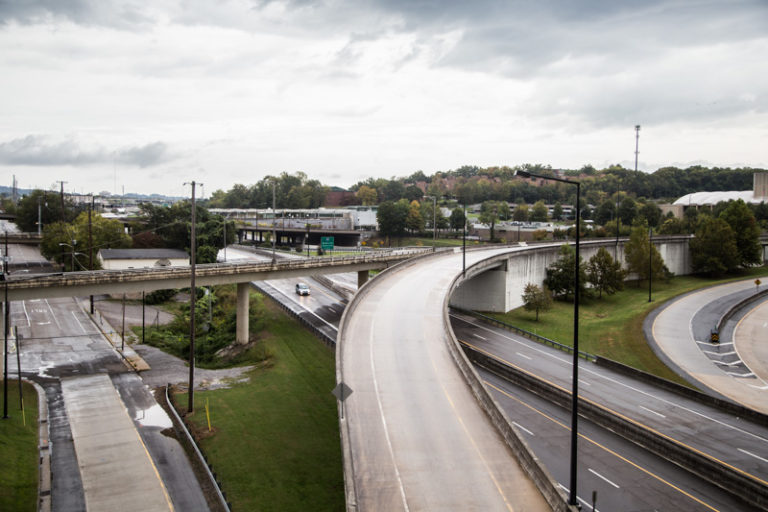 It’s been a long trip, but it is beginning to wind down. The City of Knoxville, in the form of the Metropolitan Planning Commission is attempting the first re-write in fifty years of our city’s zoning codes. You might guess that fifty-year-old codes are problematic and you’d be right. Not only have we encountered changes we couldn’t have anticipated and consequences of the previous codes that couldn’t have been predicted, but the old codes simply strangle the kind of development we have come to value and understand to be more healthy.

That’s a simplification, of course. There’s a lot more going on here. The new codes, interestingly, have more in common with the “City Beautiful,” movement of the early 1900s and Knoxville’s 1930s codes that resulted, than they do with our more recent version.

The new version, in one respect, is about economics. In the past we said, “Live where you want. Build where you want. We’ll build roads, run pipes and wires to you and maintain them forever.” That is unsustainable and fiscally irresponsible. The new codes suggest that we live more within our means, focusing on infill where there are already roads, lines and pipes.

In another respect, it’s about health. We are physically and, arguably, psychologically more healthy when we are connected to our place. We walk to needed resources and are healthier for it. We walk along sidewalks and meet our neighbors, making us feel more connected to human beings. Our air is cleaner when we drive less.

With all this and more in mind, the Metropolitan Planning Commission has spent the better part of two years putting together new codes in the form of Recode Knoxville. There have been small pockets of resistance, but most people and groups who are engaged in the process have recognized there are problems with the old codes that must be remedied, even if there has been some disagreement around the edges.

Sixty-seven public meetings have been held during that time and three different drafts of the plan have been produced as a result of the input in those meetings and online. A fourth draft will be out soon. That draft will be  presented to City Council which is expected, after more meetings and workshops, to vote on the new codes sometime early next year.

Earlier this week, Compass, Knoxville’s newest online journalistic effort (to which I would encourage you to subscribe), hosted yet another public forum, this time including a panel representing different constituency groups. Jennifer Roche of the Knoxville Are Association of Realtors, Amy Midis of the Neighborhood Advisory Council and Matt Sterling, a builder who has been a supporter of affordable and sustainable housing and Gerald Green of the Metropolitan Planning Commission all represented their different perspectives on the project.

Jennifer emphasized that realtors don’t want to see property rights eroded and don’t want property owners to lose their current flexibility. She also said there has been some concern that residential development along corridors will squeeze out retail. Matt said he felt the new codes opened the way for possible affordable housing development and Amy pointed out that the current codes have produced many neighborhoods over the last fifty years and that those neighborhoods want to retain their individual character.

Gerald made several important points: All commercial districts allow unlimited residential development, but there is no requirement for mixed use. Increased height is allowed, with setbacks when abutting shorter development. He also made the important point that zoning cannot address the cost of housing, only the ability to develop housing.

Gerald also noted that each draft has included changes in response to concerns from various constituency groups. Others on the panel expressed concerns regarding design and wishing to see it more directly addressed in the zoning codes.

Asked  if the process might be slowed down or broken into pieces for consideration, Mr. Green said that he didn’t feel breaking it into parts was possible and he didn’t feel slowing it down was advisable. He pointed out that after 67 meetings and nearly two years of online comments, not much in the way of new thoughts is being generated.

When an audience member contended that design requirements have been watered down or removed from earlier drafts, panel members pointed out that stricter design requirements may have the unwanted impact of reducing the potential for affordable housing development. It’s a conundrum.

Ms. Roche pointed out that the current system constantly requires builders and developers to apply for variances. While they wait for approval to their requests, the cost of their projects increases as construction materials have been going up about 1% a month.

You can read the third draft here. You can see the impact on your property on the Recode website. The fourth draft should be available in the next two weeks or so. The most effective impact you might have at this point would be to contact your city council person, if you have input. It will soon be in their hands.

If you’d like to hear an interview with Gerald Green to learn more about what is behind the effort, you can listen to my interview with him from last spring.