Cal Johnson Building to be Restored 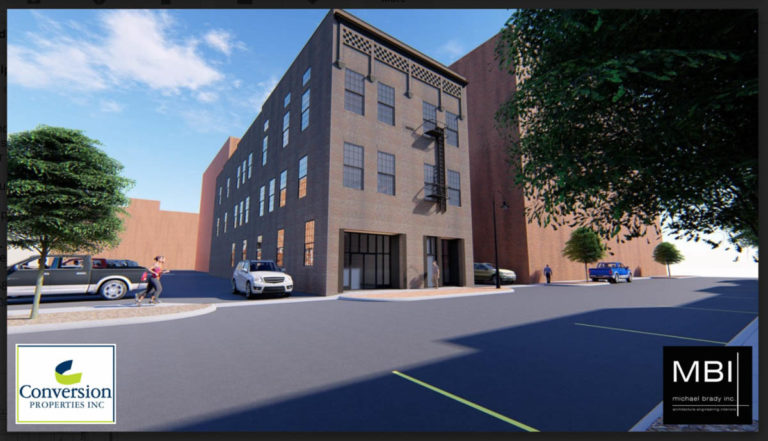 It’s been a long journey for this building which was built by former slave and Knoxville’s first black millionaire, Cal Johnson. Listed in recent years as one of the most endangered, its future has been the subject of hot debate. Two years ago the city placed it under an H1 overlay in order to give it a better shot at surviving. Ultimately, some of the tools available for a building in an overlay will be utilized to ensure the building stands for another generation.

A building that the city wanted to demolish for urban renewal in previous decades and that the family used for storage for two generations while its condition worsened, will now be developed by the Dance family. They’ve enlisted Conversion Properties for the development and Michael Brady as architect. Pending final approval of a 15 year PILOT from City Council (valued at just over $800,000), the project will begin in earnest in September.

The history of the building and of its builder is an interesting one. Cal started work after the war moving bodies of union soldiers to the National Cemetary. His money was made in Saloons, Horse racing and real estate. He built this warehouse in 1898. According to information gathered by Jack Neely (Knoxville History Project), it was utilized multiple times as a clothing manufacturer by various companies and, at least twice, for automotive sales. It sat on property accumulated along State Street by Cal Johnson along with his brother and mother.

His house, long since demolished, sat next door and about the time of his death, in 1925, the Deaver Dry Goods Company began using the building for storage, which they continued for 47 years. The Dance family acquired the building around 1980, which was around the time that the only other remaining building associated with Cal Johnson, his Lone Tree Saloon, on the 200 block of Gay Street, was destroyed some years later, its location ultimately obliterated with the destruction of the entire block.

The current renovation and re-purposing of the building requires a complex set of financial tools, according to Joe Petre of Conversion Properties. The fact that the property is being developed by long-time owners is the only way, according to Petre, the development would be feasible since it doesn’t require an investment for its purchase. The family is self-financing part of the expense and a loan has been secured for the purpose, CBID has committed $150,000, the City has offered a historic preservation grant and Historic Tax Credits are being utilized.

Joe’s involvement came, initially, as a result of knowing the family for a long time. The family had estimates for shoring up the facade, but he suggested they look at a larger project. In 2017 a feasibility study was performed, another firm dis some early work, and Petre points out that it has taken a nearly two years to get to this point.

Conversion Properties has been the developer for several major local projects. They are currently involved in the Regas Square Condo project, but they are responsible for the Southeastern Glass Building and the Tailor Lofts Building to name a couple. It’s that last building they had in mind as they began considering the Cal Johnson Building. Tailor Lofts has a smaller footprint, but is four stories. The Cal Johnson is a bit larger around, but is only three stories.

The development will follow a similar pattern to Tailor Lofts. It will include a small ground-floor lobby/entrance to the apartments upstairs and the remainder of the floor will be a commercial space, which they feel may be best suited for a restaurant. The upper floors will include eight apartments.

Every redevelopment of an older building presents unique challenges and Petre and Daniel Oodle said this is no different. As a free-standing building, it has to meet stricter structural codes, since in-line buildings help support each other. One corner of the building was particularly damaged and in a case of making the best of a bad situation, that corner will hold the stairwell and elevator. This allows preservation of the remainder of the building.

They will save the floors, but this is a different matter than in some other projects. While the bottom floor is a slab and can be preserved as is, the upper floors were not built for occupation and so they are one layer of heavy sub-flooring. For sound attenuation and to meet fire code, additional flooring will be required there.

The National Park Service requirements are enforced in any historic building in which historic tax credits are utilized. This means, for example, retaining the plaster on the interior walls. This is an example of the expense that can be involved – the mortar and bricks behind the plaster have deteriorated and have to be re-tucked to meet other code requirements, making for near-impossible – and potentially expensive – restorations.

An inline building, like most of those found downtown is typically 25 feet wide, while this one is 39 feet wide. This allowed for the commercial entrance on the front to be wider. The windows along the side will largely be preserved as they are, though some may become false windows due to placement of the apartment walls. The city has acquired the property (sixteen feet) along the south side of the building as a right-of-way, allowing the windows to be guaranteed light.

To meet the needed financial markers for the project, as many bedrooms as possible have to be included. In addition to the one three-bedroom unit, there will be five with two bedrooms and two with one bedroom. An interesting illustration of the complexity of what seems like a simple project is the fact that if it included one more apartment, a second stairwell would be necessary and that loss of square footage would make the project unworkable.

Those are simply some of the moving parts in determining whether a project is workable. Support from the city carries with it a cap of 12% on the profit margin. The plan is developed with that limit, but the numbers can’t be changed if subsequent exploration finds structural or other problems, meaning the 12% can potentially shrink as the project moves forward. The risk is borne by the owners of the building, in this case.

The hope is that the final approval of the PILOT and permitting will be completed next month, with construction beginning in September. A tentative time-line calls for the work to be completed in about ten months, meaning the building could be ready for new occupants by next summer.