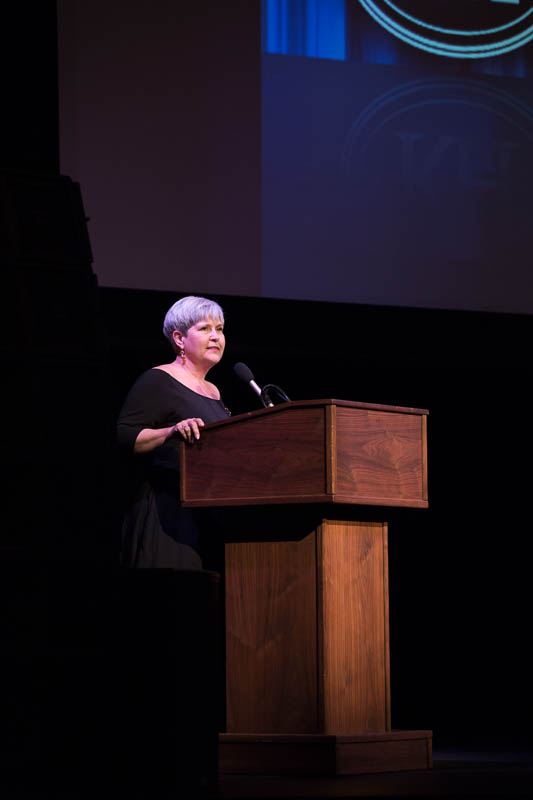 Consider for a moment, given the force that Knox Heritage has become: Kim Trent is the only paid director in its history. For eight years she served on the board and when the group grew financial able to hire a director, they turned to her. She has served, until her recent decision to leave the organization, for fifteen years as director.

The journey covered in those fifteen years can’t be overstated. The group has gone from 200 paid members to 1000. The budget has increased from $30,000 per year to $650,000 per year. It was instrumental in forming the East Tennessee Preservation Alliance serving sixteen counties. Historic Westwood was saved and a dozen properties were purchased directly by Knox Heritage, restored and sold. The list of preserved properties is long and impressive, with many of them located downtown.

I interviewed her on WUTK’s KnoxCentric last weekend and I’ve included that link below, but there was more ground to cover, so I spoke to her this week and asked some larger questions than those we had time for on the radio. It’s important that institutional memory like hers be preserved. She’s seen a lot in her fifteen years with the organization and what she knows can’t be replicated for a long time.

I asked her in a variety of ways about pivotal moments and one that clearly was a theme, was the preservation of the 500 block of Gay Street. It’s hard to imagine, now, but we very nearly leveled the east side of the five hundred block of Gay Street for a “plaza.” This means Nama, the Regal Riviera Cinema, Aveda, Potbelly Sandwiches and Coolato Gelato would not exist, nor would the buildings that house them.

The preservation of this stretch of Gay Street, she feels, changed the perception of Knox Heritage from a group harping for preservation to a group that could bring the different elements together that would make preservation not only a greater good, but an economic benefit for the city. A last-minute phone call from councilman Finbarr Saunders to Mayor Haslam – who was at an airport and had his phone die during the conversation – resulted in a reprieve from the planned demolition. The reprieve was later extended and a deal came together.

Mayor Haslam later used his money to invest in the Regal Riviera and $2 million was secured from the National Trust for the other buildings. Faris Eid and Randall DeFord drew up plans on a napkin (and Faris drew them up formally at a later time) for how the buildings could be saved and the theater could have the number of screens it needed.

She says she observed a “total shift in culture,” in Knoxville regarding preservation. She says initially there wasn’t a lot of support as preservation was, “seen as obstructing progress.” That understanding was eventually replaced in the community with an understanding that historic buildings are what brings development. Victor Ashe was the first mayor to make it a focus and eventually people were more open to the idea of “preservation as progress.” She said the National Trust for Historic Preservation called Knoxville the “fastest turnaround,” in attitude and action toward preservation.

The challenge, she says, going forward for Knox Heritage will be to stay relevant and engaged while standing up for what’s right. She notes that at times a preservation organization has to stand up to very powerful individuals or groups, but they must follow their mission, no matter.

For the city, she feels the challenge will be to moderate the intensity and impact of development if the market stays as white hot as it is now. The capacity for the city to say, “no,” to the projects which are not in the best long-term interests of our community is critical. She notes that outside investment can be attracted to our historic environment and come in and damage it. She feels it could get out of control and destroy what attracted the development attention in the first place.

She’s concerned about affordability, saying that the gentrification or rapidly rising rents and housing costs that follow such a hot time of development could become a large problem here and that confronting it will have to be very intentional. She feels restoration of historic buildings can be paired with offering affordable housing for the people who make the city work, but feels it will have to come from leadership to codify requirements for work-force priced housing.

The generosity of Knox Heritage supporters with their volunteer time and money is something she’ll take with her as she remembers her years with the organization. She’s seen their passion in supporting the goals of preservation and it moved her. “The outpouring of support has been one of the greatest gifts in my life.”

“I’ve come out of the experience with a skill set that looks for collaboration and problem solving,” she says. “Righteousness does not save buildings and solve problems. How can everyone benefit? There doesn’t have to be a winner and a loser.”

She says she’ll miss, “that sense of working to do the right thing. I hope and plan to continue that, but there is a great thing about leading the charge and it’s a big deal when it is appreciated.” She pointed to the fourteen years working to preserve South High School and mentioned how good it feels to be stopped in the grocery store and thanked for something like that.

Her new ventures include working with Coldwell Banker as a realtor (she passed her test this week). In addition to Kim Trent Classic Real Estate, she’s offering her experience in the role of a consultant for preservation groups. Kim Trent Preservation Strategies will give her a forum to continue her work, perhaps on a national scale. She recently wrote a blog post entitled, “11 Signs a City Will Succeed.” She says Knoxville has them all and she’s looking forward to continuing her involvement here while having a different role, or as she said, “a different seat at the table.”

If you’d like to hear more from Kim, you’ll find the podcast from last Sunday’s interview, here.