Christmas in the City Kicks off with Large Crowds 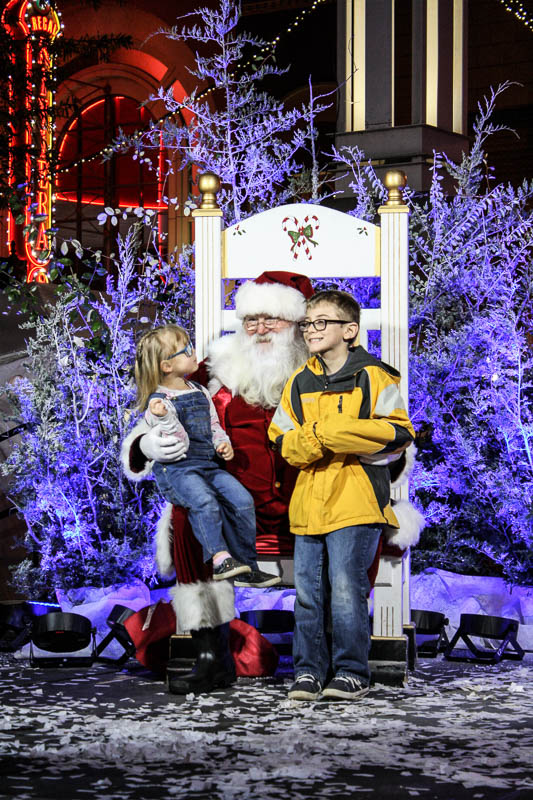 Regal Celebration of Lights, Christmas in the City, Knoxville, November 2017

(Article and photos by Heidi Hornick)

When a city is in the throes of a renaissance, it’s a wonderful thing. The downside, though, is it often means there is less elbow room, especially during events. Such was the case on Friday night with the kick off of Christmas in the City.

Balmy weather probably brought out a larger crowd as well.

“This is more like Florida weather,” WATE’s Tearsa Smith told the crowd. Smith hails from Miami. Indeed, with temperatures in the high 50s, the crowd that gathered to watch the tree lighting ceremony overflowed into Krutch Park.

The 33rd annual Fantasy of Trees was doing a brisk business over at the convention center as well. A volunteer said the crowds were a bit slow on Thanksgiving, but by late Friday afternoon, people were pouring through the doors. The event is a major fundraiser for Children’s Hospital. This year’s event was entitled “‘Over the River and Through the Woods.”

A very long line of skaters waited to take a spin around the Holiday on Ice rink, too. Fortunately, the rink will be open through January 7.

Several entertainers performed at the Market Street stage as part of WDVX’s Holiday Ho-Ho-Hoedown. The headliner was the always toe-toe-tapping Guy Marshall and, as usual, the band did not disappoint.