An Interview with Representative Rick Staples 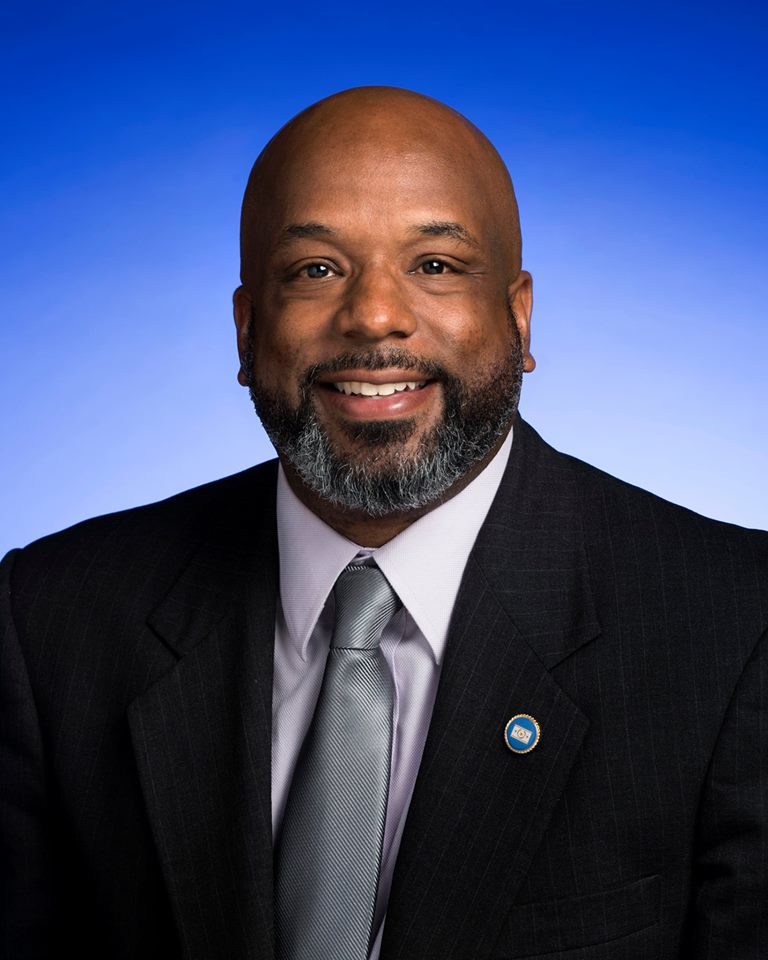 Could you have named downtown Knoxville’s state representative before you saw this headline? Probably not. That’s his concern. Allow me to introduce him:

I recently met with Rick Staples, State District 15 Representative. He’s been in office for almost a year after winning an election to replace Representative Joe Armstrong who became ineligible to serve when he was convicted of filing a false tax return. He hadn’t anticipated a run, though he had run for city council and county commission in the past, he found himself transitioning quickly from private citizen to state representative.

The district, like most, has its complexities and its oddities. It is almost entirely urban and includes all of downtown Knoxville and Fort Sanders – but it also reaches as far north as Washington Pike and as far south as John Sevier, for a total population of a bit over 62,000. The population is majority white (62.2%), but it has a larger percentage of black residents (30.7%) than most districts in the state. The district includes The University of Tennessee and Knoxville College, as well as Fort Sanders and Children’s Hospitals. From Western Heights to Ijams, it represents a wide range of needs and interests.

Of the city, he said, “She’s beautiful,” consistently referring to Knoxville with a feminine pronoun. Regarding the district he represents, he says, “District 15 is the original Knoxville.” Of his role he says, “I want to help if people need it. That’s why I’m here. I want people to know who I am and be able to reach me when they need to.”

Speaking of the varied sections, neighborhoods, businesses and interests sprinkled through the district, he points out that, “People have more in common than they realize. People want jobs, business, good schools. We all have history and traditions.”

He’s very much a product of his district. Born in Fort Sanders Hospital, his family lived in east Knoxville, eventually settling in Holston Hills. He attended Chilhowee Elementary when it included grades one through six (it is now an intermediate school with grades 3, 4 and 5), Springhill Middle School (now closed) and Holston High (now closed). He said Knoxville College always gave him inspiration as he grew up, or as he put it, “Seeing Knoxville College gave me no excuse.” He knew from that example that reaching upward was a possibility.

He, like so many young boys in the south, wanted to play college football, but that wasn’t to be. He attended Tennessee State which he says he chose because he, “wanted to get away from home.” He would return to Knoxville, however, when his father was diagnosed with cancer, taking care of him until he died.

He describes his parents as hard-working and good people. His father was a sergeant in World War II and worked in maintenance for Knox County. He was a traditional man who always said he put God, country and family first. His mother was a teacher with an entrepreneurial streak. She was a teacher who, thanks to a loan from the Knoxville Teachers FCU (when no one else would loan her the money) opened her own educational daycare.

In the subsequent years, Rick worked for about twelve years with the Sheriff’s office in both rehabilitation and PR, before going into business with his pastor rehabilitating properties for resale. He worked with Castles of Choice for four years, but after the election felt it wasn’t something he could continue with his duties in Nashville, pointing out that building projects require a daily oversight which he could no longer consistently provide.

He also began to involve himself in politics. He worked with the Harold Ford, Jr. campaign – the last Tennessee senatorial campaign in which a Democrat was competitive (he lost by only 3% to Senator Coker). Becoming more interested in the political sphere, he joined his friend, Mark Padgett’s, failed bid for mayor.

He said it also gave him a view of the city at large and he began to, “get a taste for the city and started imagining what she could become.” He says he feels Knoxville is nurturing for both business and families. He senses that is special in the way people treat each other.

Of his district, he speaks proudly, not only calling it the, “original Knoxville,” he says the district, “looks like America, with rich and poor, different races, colleges and hospitals. I’m lucky to represent it and the job is really to help the people,” from my district.

He feels he’s made some headway in his first year, forming relationships with people on both sides of the political aisle. In July he was chosen as an “Emerging Leader,” of which one in each state is named. He says he was recommended by Speaker Harwell (R) and Minority Leader Fitzhugh (D) to the summit which also includes two national and one international trip.

He’s also pleased to have been involved in sponsoring two bills – one that allowed for deployed soldiers to be married via video and another establishing a palliative care for task force for cancer patients.

Representative Staples hopes to get to know his constituents better. The nature of the situation that placed him in office precluded a full campaign, meaning he doesn’t feel he got the opportunity to get to know the voters. You’ll have two opportunities to get to know him better: He’ll be the guest on Knoxcentric this Sunday morning on WUTK, 90.3 FM at 10 AM when JJ Pershing will interview him (I’ll likely be out of town).

Also, he plans to make himself available Monday night, November 20, from 6:00 PM to 7:00 PM in the East Tennessee History Center. He hopes to meet as many constituents as would like to drop in. He tells me he plans to listen more than to talk. It’s informal and everyone is welcome to come meet him and ask any questions you might have.

Editor’s Note: I have two tickets to give away to see the Tennessee Sheiks perform Alive After Five at the Knoxville Museum of Art this Friday night (6:00 PM – 8:30 PM). Email knoxvilleurbanguy@gmail.com for a shot at winning and use “Sheiks,” in the subject line. I’ll inform the winner by email.