Bridges, Roads and Garages, Oh My! Heads Up on What’s Coming Your Way 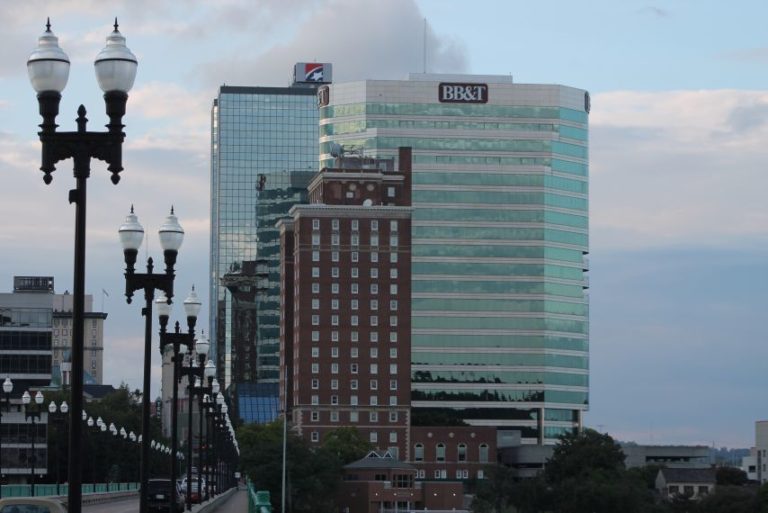 To put a spin on the cliche, in the end, all news is good news – at least in this case, but in the meantime there’s likely to be a price to pay for the improvements coming to the downtown area, but for now, we may need to brace ourselves.

The first item on the list involves the Market Square Garage and it’s the most perfectly good news story of the bunch. A press release from the city this week announced a new system in place in the most central garage in the city which enables keeping tabs on how many spaces are available in the garage. The sensors simply take away a digit from the total number in the garage for every car that enters and adds a digit for every car that exits.

This relieves the scenario of entering the garage in a line of cars and not knowing if there will be a space at the top. If not, you can move on to another garage. The city, through PBA, contracted with Parking Logix to install the sensors and marquees at each entrance.

The best news is that, assuming it is successful, this program will be extended to the Locust Street and State Street Garages and, once that happens, we’re only a short step from a smart phone ap which will give real time reporting on availability in each of the garages. All of that makes coming downtown simpler and reduces the need to drive from one garage to another searching for a spot.

The cost of installation of the sensors can range from $10,000 to $20,000 per garage (the Market Square Garage came in under this range). Should the sensors prove to be problematic or inaccurate, they will be removed at no cost. Fun fact: “More than 7,500 vehicles a day, on average, enter City-owned downtown garages.”

We’ll cycle back to garages, but let’s move to the next change you’ll see and that means looking at the Gay Street Bridge: it’s about to close for a month. It will close this Sunday for Open Streets, but that’s not related and that should be fun. What follows might be more of a headache.

Starting Monday, October 30, a water line will be installed, running between East Blount Avenue and Council Place as part of the Blount Avenue Streetscape Improvement Project. Vehicular traffic, including KAT’s Route 40 bus, will be re-routed across the Henley Bridge for the duration, and traffic will be two-way on the section of Sevier that is usually one-way just south of the bridge.

One concern that strikes me is for cyclists, virtually all of whom use the Gay Street Bridge over the Henley Bridge because it is dangerous for cyclists due to the speed of traffic and the configuration at each end. I was unable to confirm any additional measures for cycling safety being taken during the duration, but I understand the issue has been raised.

From bridges to streets: The next project which will impact the downtown area involves the next phase of Central Street construction. The next step involves stormwater infrastructure upgrades, which should begin within the next eight weeks. Southern Constructors, Inc, the company that completed the Cumberland Avenue Project, was awarded the $4.7 million contract.

KUB has already completed upgrades to its infrastructure in the strip of Central running from the Old City railroad tracks to Woodland Avenue. On the heels of the stormwater project – and running about fifteen months to its conclusion, improvements to the stretch will include, “repair and replace sidewalks; construct new curbs, “bulb outs” and other features to improve pedestrian safety; better define on-street parking; and improve bike lane markings.” Resurfacing will complete the project. As covered previously on this site, a pocket park and other improvements are included. The entire project will run about $8 million and includes replacing a water main dating to 1893 and pre-World War II era clay pipes. Anne Wallace, the City’s Deputy Director of Redevelopment, said in a statement, “The Central-Baxter intersection will be greener and more aesthetically pleasing, and the whole corridor will be more welcoming. These improvements also will make it safer for people who are walking or bicycling.”

The breakdown of funding in the entire project is about 80% federal (Federal Highway Administration) and 20% local. You may hope to see the conclusion of the project sometime between spring and fall of 2019.

Which brings us all the way back to garages. There was some discussion in our comments section related to the advent of the Embassy Suites regarding the limitations of our garage parking. Some portion of answers for our parking woes will be provided by an expansion of the State Street Garage. It was last expanded in 2013 when an additional level was added, along with the crosswalk and other improvements.

One of the most important improvements was to the structure. That investment allowed the garage to be expanded in the future and what was “future,” in 2013 will, apparently, be “present,” in 2018. Construction on two new levels and two portions of an additional level will be added, delivering about 560 new spaces.

It’s not as simple as that, however, and there are several moving parts here. First, concern has been expressed by downtown residents who use that garage that the Farragut Hyatt Place will take too many spaces. In truth, the city will open a portion of the garage for the hotel – at a basement level – which has never been used before, providing about 100 of the 160 spaces the hotel will access, so only 60 spaces come out of the current supply – a number dwarfed by the coming additions.

I spoke to Rick Emmett, Downtown Coordinator, who noted that the garage was renovated in 2013 to add much more, with the idea of potentially adding office or residential spaces to the top. The load capacity would make four additional levels of either feasible. Whether the city will put out an RFP to follow the new parking level construction for this potential expansion is unclear. There has also been discussion among developers and others of adding a small layer of retail to the front of the garage on State Street.

Notes for the weekend: