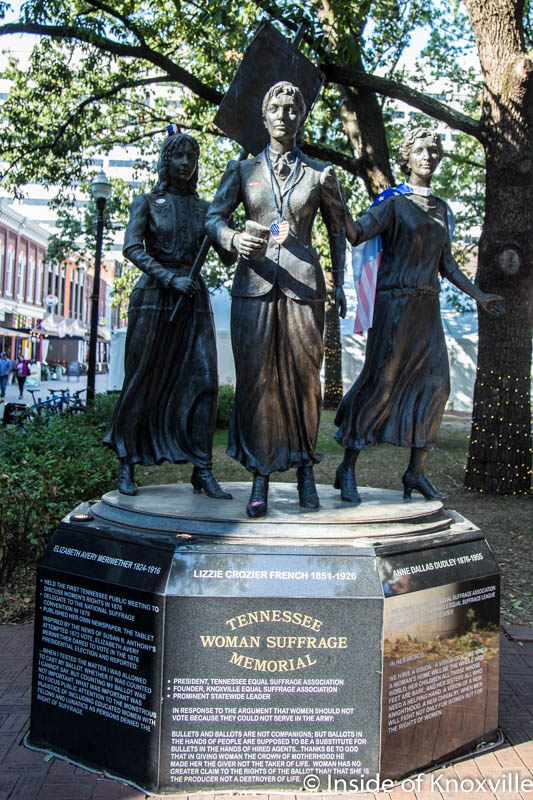 There are so many possible headlines that might be drawn from the results of Tuesday’s election results (Official Results Here). You might justifiably say, “Diversity Imperiled,” given that we stand a chance to lose African-American representation on city council for the first time since the sixties. You could just as easily say, “Most Diverse Council Ever Set to be Elected,” because of the unprecedented representation of women among the finalists set to be represented in the general election – and we might continue to have African-American respresentation.

For an election that went smoothly, how about “Election Chaos Ensues?” Why would that be justified? Look no further than the tie in District Four. I assume city council will navigate the issue successfully, but it is kind of chaotic and unpredictable, for now. Still, “Perfectly run Election Makes City Proud,” is also true.

How about, “Massive Turnout for Off-Year Election?” True, in that it obliterated last off-cycle election for city council. At the same time, we could go with, “Pathetic Turnout for Important Election.” It’s easy to justify that one, as well, given the tiny percentage of people who voted.

Opposite headlines, all giving a slant on the truth that is accurate, but incomplete. Does that sound familiar? It’s been something I’ve watched since last presidential election. Sometimes it might be unintentional, but oftentimes, it gives the slant the source wants the reader to assume. In an age where so many of us are too lazy to read a long article, the headline becomes very important.

The other thought I had coming out of this election is how much more fun it is to post our political views to Facebook than it is to actually drive or walk somewhere and do something in a booth where no one will give us a “like.” Making signs and walking with friends in a protest march, which makes us feel good about ourselves, is so much more appealing than taking the trouble to learn about issues and candidates and cast an informed vote.

Facebook posts may be fun, but they do not make change in our city, state or country. If you’ve been politically energized, as has been the case with so many over the last months, but didn’t vote, it is meaningless. The city council, almost always, directly impacts your life far more than national leaders, on a daily basis. I’m so pleased to see the increase in voter turnout. To think that such an increase only got us to this sad level is damning. If we don’t vote for what we want, we get what we deserve.

Another commentary on where we are in 2017 is the fact that the Knoxville News Sentinel only posted results online. The results may be found elsewhere online, as well, but the idea that our city’s paper of record did not publish results from a city council election in their print edition is pretty stunning, to me. It seems the story should have at least rivaled the front page articles of the day (Knox County Renews Rescue Contract, Giveaway House Sports Local Flair, German Professor Finishes 652 Mile Tennessee River Swim), but not to even be included in the local section? I’ve heard about the earlier deadlines, but really.

That all said, here’s an update from Dean Novelli regarding yesterday’s results. I’ll insert his headline here:

Tuesday’s primary results* for five open seats on Knoxville City Council are – to borrow from Mayor Madeline Rogero – unprecedented. In what is a first in modern Knoxville history at least two of the nine council seats are guaranteed to be held by women. And in a unusual situation, a tie for second place in the 4th has yet to be resolved, which could result in an automatic third woman on council, while district three could produce a fourth.

Of the ten candidates advancing (two from each of the five districts contested), at least six (and perhaps seven) are women. Rebecca Parr and Stephanie Welch will vie for the 1st District seat, and Gwen McKenzie and Jennifer Montgomery for the 6th, ensuring that a woman will represent each of those districts.

Seema Singh Perez will challenge James Corcoran in the 3rd. And two men, Wayne Christensen and Andrew Roberto will challenge each other in the 2nd District.

In the 4th District, Lauren Rider will advance to the general election while Amelia Parker and Harry Tindell are currently tied for second. It isn’t known at this time how the tie will be resolved. If Parker advances, a third seat will be contested by women only.

But it is 6th District, with its record setting thirteen candidates, that has made history – again. For the first time since district races were reintroduced in 1969, a woman will represent the 6th on city council. Whether the district retains representation by an African-American hinges on the outcome of the general election. What is certain, however, is that for the first time in 48 years a black man will not be on city council.

Despite a historic thirty candidates** vying for ten spots in the general election, low voter turnout continues to plague the off year city races with only 7,066 votes being cast out of over 85,000 registered voters in the five contested districts. And in the 6th, that total was 1,412. While this level of voter participation represents a four-fold increase over the 2013 primary, Tuesday’s turnout was still less than 10% of registered voters.

Ahead is the general election to be held Tuesday November 7, with early voting from October 18 thru November 2.

*Election results are unofficial as of this posting.

**In a previous blog post it was stated that this election marked the first time thirty candidates had run in a primary. While technically correct it should be noted that in 2001, thirty candidates qualified for the primary, however one candidate withdrew before the election but too late to have the name removed from the ballot.