Out of Crisis Comes Opportunity for Change Center 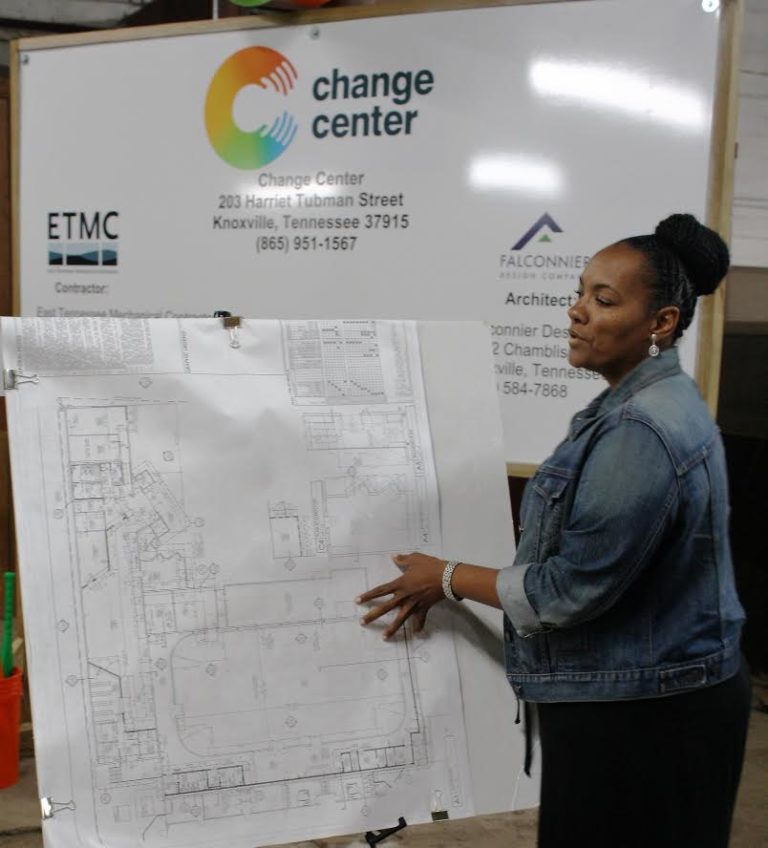 Never mind hope, for Nicole Chandler it’s about change, less about desire and more about action. “We need to change perceptions, change directions. It’s about changing your mind, your family’s, your community’s,” says the Change Center executive director. She stands in the middle of what looks like an abandoned warehouse, but is really a future conduit for change in the heart of the city.

In a 3.25-mile radius from where her feet are firmly planted, the majority of the city’s homicides have occurred. In fact, from 2011 to 2015 a whopping 76 percent of all murders happened and the violence was escalating, the players were getting younger, murders involving firearms increasing.

Then in 2015, 15-year-old Zaevion Dobson was killed while saving two girls’ lives and brought the nation’s president to tears. As Pastor Daryl Arnold of Overcoming Believers Church has said, Dobson was not the first child in Knoxville to die as a victim of gang violence. He had buried a lot of homicide victims. Still, a nation and, more importantly, the entire city took notice.

The Change Center, which broke ground this spring, stems from Mayor Madeline Rogero’s Save Our Son’s initiative. As Chandler tells it, Knoxville Police Chief David Rausch, Rogero, Arnold and community leaders met with area kids in an effort to see what interests them. Resoundingly, the answer was roller skating.

To see if the interest in roller skating was truly there, Rogero, Arnold, and Rausch gave it a test run and held a roller skating party at Skatetown in Fountain City. “Hundreds of kids showed up,” says Chandler with a wide smile. More skating parties and meetings followed and a vision for change was fleshed out.

She points out that the cavernous building attached to the Overcoming Believers Church on Harriet Tubman Street will not only house a roller skating rink, but be a vehicle for change in the community. The Knoxville Ice Bears will teach in-line hockey creating an opportunity for kids of color to experience non-traditional athletics. She motions with her hand to one wall where movies will be shown, another wall will be for rock-climbing.  There will be a stage and a video game center.

However, amid the fun will be job opportunities. The deejay booth will teach teens about audio processing, the concession stand will be the introduction to business and culinary skills. The underlying initiative will be about jobs, about entrepreneurship skills and mentoring programs. Numerous community members have stepped forward to become involved, businesses have become sponsors. Hard Knox Pizza, through their The School of Hard Knox program at Austin-East will run the concession stand.

Based on a gang prevention initiative called Homeboy Industries in Los Angeles, whose motto is “the best way to stop a bullet is a job”, the Change Center will target 14 to 24-year-olds.

She gazes around what will become the center for change and says, “This is about creating space for that change to happen.”

*Heidi Hornick hails from Massachusetts, where she was a reporter for The Times of Webster and the Worcester Telegram and Gazette. She’s a freelance writer, researcher and photographer. This fall she will be managing editor of Pellissippi State’s new online magazine. She’s a single mom and a foster mother. She’s lived in Knoxville since 2005 and thinks it’s one of the best places on Earth.