Revisiting Walkability: What We Need to Do 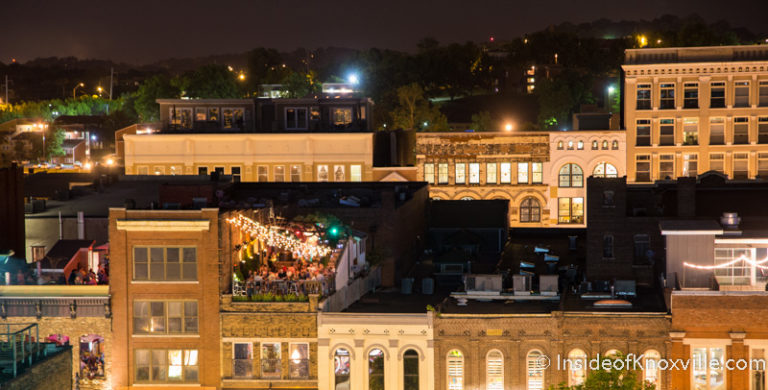 Eastern Side of Market Square, 400 Block of Gay Street, Knoxville, May 2015

I follow a number of urban planning organizations and individuals on twitter. I’d encourage you to do the same, if you’re interested in the kinds of conversations we have on this blog regarding building a better city. Often provocative, always informative articles are being published constantly that are very helpful to guide our decisions as we move forward with our city’s resurgence.

Jeff Speck is one of the people I follow. I first encountered him in 2013 when he came to Knoxville for a presentation on making walkable cities. I was quite taken with both his presentation and the his book, Walkable City, which details what makes a city one in which people actually want to walk and enjoy it when they do. I wrote about it here. I still love this quote I included from the book in the previous article, “. . . since mid-century, whether intentionally or by accident, most American cities have become no-walking zones. In the absence of any larger vision or mandate, city engineers – worshiping the twin gods of Smooth Traffic and Ample Parking – have turned our downtowns into places that are easy to get to but not worth arriving at. . . America will finally be ushered into “the urban century” not by its few exceptions, but by a collective movement among its everyday cities to do once again what cities do best, which is to bring people together – on foot.”

In the subsequent years, we’ve talked on this blog about many of the small concepts which make a city walkable. Just this week, Jeff tweeted out a link to the 2013 Ted Talk on the topic. It is an excellent overview of the ideas around walkability. It’s just over 18 minutes and, if you have the time, skip directly to the video and watch it. If not, I’ll highlight a few of the essential points here.

Jeff says there are four ways to make a city more walkable: 1) Proper Reasons to Walk (Balance of uses), 2) A Safe Walk (Reality and Perception), 3) A Comfortable Walk (Space and Orientation) and 4) An Interesting Walk (Signs of Humanity). Suburbs are, of course, often the diametric opposition to this impulse. In the video, however, Jeff makes a good point regarding their genesis and the historic functionality of the move: Housing was moved away from mills in the center city and life span increased as a result.

Over time, many negative results from suburban sprawl have been realized, including the absence of all of the above variables. Still, Jeff points out in the video, we are left with basically two development options: Traditional neighborhoods which are compact, include diverse uses and are walkable, or the suburban alternative. The suburban alternative includes single use places – places where you live, other places where you shop and still others where you work. Schools also grow larger, which results in school locations that cannot be reached on foot, which means the parking lots at high schools are usually larger than the school.

Interestingly, both styles of organization include all the same parts, just arranged differently. If we want to make an area a functional and walkable area, he suggests, it has to start with housing – and he doesn’t say it here, but the more dense the housing, the better. Once housing is in place the rest follows and, he points out, the last piece is schools. This makes a good walkable neighborhood, but to make a walkable city, mass transit has to connect the walkable neighborhoods.

Some of the enemies of walkability include long blocks and wide roads. The wider the roads, the greater the traffic volume. The wider the lanes, the faster the traffic. Portland, considered a model for walkability – and, not coincidentally a city often cited as a favorite by many – has a Skinny Streets Program, a formal effort to reduce the size of streets. He says a two lane street can comfortably handle 10,000 cars a day.

That made me curious. Outside of Henley, which street is the worst in downtown Knoxville? The answer is easy in my mind. For a range of reasons, that would be Summit Hill Dr. It’s wide. Its curves encourage speed. It destroyed the city fabric as it wound its way through the north end of downtown and now separates the most robust development from the most developed portions of downtown.

I looked at traffic counts and what I found was surprising: Traffic is declining on Summit Hill and it is barely above the two-lane threshold. Daily measured traffic peaked in 2007 at just under 20,000 cars a day (Summit Hill west of Walnut). In 2012 traffic counts there dropped dramatically to right around 12,000 cars a day and have remained largely unchanged since. Measured bike and pedestrian traffic in the last ten years at roughly the same spot (Gay and Summit Hill) has tripled, though full daily counts aren’t available.

Those are interesting counter trajectories: Car traffic down about 40% and bike/pedestrian traffic up 200% in the last ten years on a a main arterial in our downtown. He also makes the point that the same truth holds for cycling: build the infrastructure and it will be used. It comes down to what we want for our city. It really is our choice.

In addition to the Speck video, I’m including Councilman Marshall Stair’s recent Pecha Kucha presentation (less than 7 minutes!) which brings the issues home to our city. The local images are very powerful. The question is the same: What kind of city do we want? How serious are we?