A New Pedestrian Bridge, A New Location for the Coliseum Proposed and More 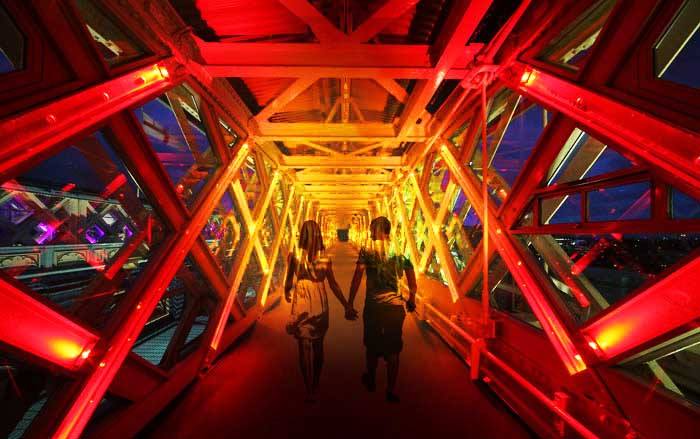 Bridgewalk Beneath the Gay Street Bridge

Today we take another deep-dive into downtown design issues. David Denton joins us, once again, to look at some of the most confounding conundrums we face: Access to the river from atop our steep bluff, connectivity to the south waterfront, placement of a new coliseum, restoring the fabric of the city to the east and more. Editorially, I will say that the idea about the coliseum is an exciting one to me. What do you think? Here’s David:

The connection from downtown to the new developments on the south side of the river is currently by way of a narrow walkway on the Gay Street and Henley bridges, both of which are unappealing. The riverfront improvements have not brought the possibilities to full fruition.

One solution might be Knoxville’s version of New York’s Highline. It would be called Bridgewalk and would be a suspended pedestrian walkway below the Gay Street Bridge roadway, which would weave through the bridge structure. This would provide a sheltered walk, which would be visually exciting, and could connect to the riverfront development on the north side with an elevator and stairs landing adjacent to Calhoun’s restaurant. This would connect, in a more successful way, the riverfront with downtown, and the new developments on the south side. With dramatic lighting displays, this Bridgewalk could be a significant draw for visitors to the riverfront.

On the north side, the Bridgewalk would connect to the visitor center of Blount Mansion, and on the south side, would connect with the river walk currently being developed. Perhaps Regal Entertainment, whose new offices would be at the south end of the Bridgewalk, could take the lead in promoting such a project. It would make important pedestrian connections, and provide a unique attraction that would allow Knoxville to tap into the 10 million annual visitors to the nearby Smoky Mountain Park.

Blount Mansion could benefit from adjacency to the Bridgewalk project. Perhaps it would also be made more significant by promoting the mansion along with the James White Fort, as the birthplace of Knoxville. The bridge between the two could be enlivened with street banners, which would give information about both.

Under consideration by the City is the possibility of razing the existing coliseum while retaining the auditorium. Recent studies have suggested a new arena located to the east of the existing auditorium/coliseum site. Another alternative to consider is to build the new arena and/or stadium over the tangle of roadways between downtown and the existing auditorium/coliseum. It would be built on a platform over the existing roadways. The land could be made available to a developer for such a project, which is within walking distance of four public parking garages, as well as three private garages, which are generally empty after business hours. A major advantage to this location is the adjacency of the bus Transit Center.

The additional cost to bridge over the existing roadways could be more than covered by not having the cost of acquiring land or building parking garages. By placing it in this location with gardens and retail around the base, it could reconnect downtown to the eastside. This would be tremendously beneficial to the James White Fort, the Women’s Basketball Hall of Fame, and the Marriott hotel. The Marriott might possibly be renovated to become an in-town resort hotel with a sports and fitness theme.

The property to the east of the auditorium/coliseum, and including the existing Police Department site, could be developed with a multi-use commercial/residential development that in essence would put back a neighborhood where once originally existed. It would also be an opportunity to connect the new recent apartment developments, which are currently isolated from each other and the downtown. If the auditorium theater is saved perhaps the City could give it to Clarence Brown Theater relieving the City of managing a theater and the maintenance costs involved.

Downtown, as successful as it is becoming, still lacks retail for both visitors and residents. The intersection of Union Ave. and Gay St. is the very heart of the visitors zone. Unfortunately the northwest corner, the Miller’s building, is occupied by a bank, which is not dependent on foot traffic, and which has dark, tinted windows that do not encourage walkability. The southwest corner, the Conley building, is vacant on the ground floor. Perhaps one of these two locations could be developed with a significant retail project that would  improve the connection from Market Square to Gay Street. One possibility would be a Museum Collection in which regional museums would have branches of their gift shops located here with multi-media previews of the museums.