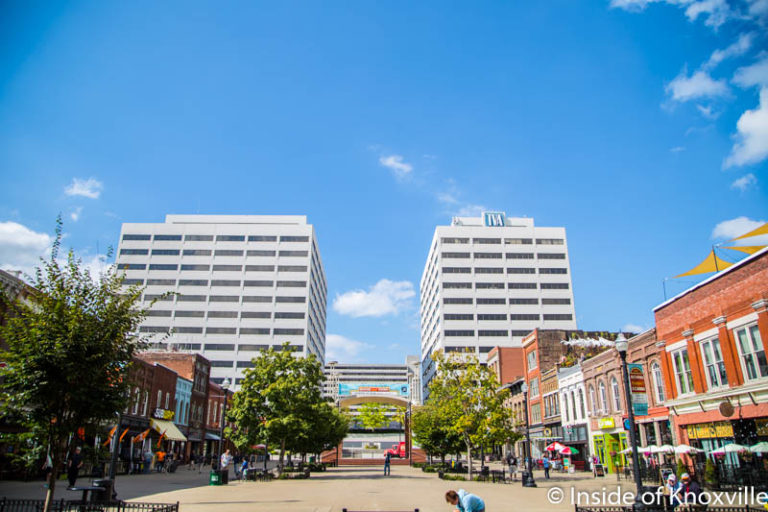 Today I’m going to give you several quick hitters as we approach the weekend. First, it’s been several months since the announcement that TVA would offer its towers for sale. I wrote about it in May, dreaming a bit about what might happen. I called it a once-in-a-lifetime opportunity and I still feel it could be that big. It extends beyond the towers to a couple of adjacent structures and includes 2.67 acres sitting on the north end of Market Square. It’s hard to be more prime than that.

Recently I, and perhaps some of you, have wondered what ever came of that. I feared there had been no interest expressed and the idea would drift away. This doesn’t appear to be the case.

A couple of things become clear. First, they intend to get this done (though the 68 page report linked below also discusses a do-nothing option) and second, whether on the adjacent site or an “existing disturbed site” (the reports are full of this kind of fun lingo), they plan to stay downtown. For further clarification, they offer this document, which is linked to the first.

The second document gives interesting facts about the proposals and TVA’s current status: TVA peaked with 2,000 employees in downtown Knoxville in 1997. They currently have about 850 downtown employees, which is up from the low of 800 which was set just last year. The towers contain 750,000 square feet of office space which is currently 40% filled. While TVA owns the Summer Place Garage (700 spaces), it leases 700 of the 1100 spaces available in the Walnut Street Garage. And a final fun fact: Demolition of the towers is mentioned as a possibility!

All those fun facts are found in the first 20% of the document – there is no telling what you’ll find in those last 55 or so pages. The agency is accepting public comment through October 28 and they have provided a helpful form just for that purpose. It’s an important decision that could expand the vibrancy of our most developed part of downtown or, if we mess this up, saddle us with another colossal mistake like the initial construction of the towers. Comment, Knoxville.

Upcoming Events: I’ve got a couple of events looming that I wanted to mention. The Knoxville Writer’s Guild is offering a reprise of the class I offered last June and we’re adding a class. I’ll repeat the information from last spring for those who couldn’t make it last time in a “Blogging Basics” workshop Saturday, October 8 from 10:00 AM – Noon. The cost is $50 and, if you are interested in taking it a step further, we are offering a more advanced discussion of the topic titled, “Branding Your Blog,” from 1:00 PM – 3:00 PM. The second session is also $50. Members of the guild and students get a discount. Both classes are offered at Central United Methodist Church, just a short walk from the heart of downtown. If you think you might be interested, follow the links to learn more about it and to register. We had a great time last June and I’m guessing we’ll have fun this time around, as well, so join us!

On the Radio: This week on KnoxCentric: Powered by Inside of Knoxville (WUTK, 90.3 FM, Sunday at 10:00 AM) I’ll have Caroline Cooley to discuss Open Streets and Paige Travis to discuss Brewer’s Jam. It’s a fun, relaxed way to start your Sunday and I hope you’ll listen live or catch the podcast later on. You’ll find more information about the show, podcasts and upcoming guests at the top of this page by clicking the “Radio Show,” tab.

Giveaway: I’ve got a couple of tickets to tonight’s show with Knoxville’s own Cereus Bright at the Bijou at 8:00 PM. Given the short notice, I’ll need to hear from you by 1:00 PM today. Send an email to knoxvilleurbanguy@gmail.com with the caption: “Give me the Tickets! I’m Cereus!

Have a great weekend, everybody. Hola if you see me at Hola.