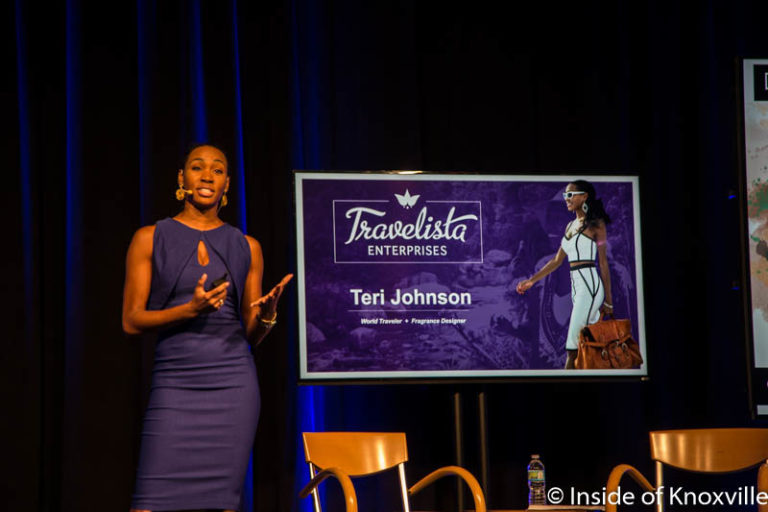 A critical component of a healthy city in 2016, and maybe in any era would be a creative, entrepreneurial culture. This week hundreds of people discussed these qualities and how and if they apply to our mid-sized city. Are we creative and entrepreneurial? The evidence of the week suggested as much.

It started with the Mayor’s Summit Monday morning, followed by Etsy’s Maker City Event that afternoon. Speakers from the Kaufman Foundation, Etsy and our very own city talked about, as Mayor Rogero put it, “rethinking economic development while recognizing and supporting entrepreneurial efforts.” She pointed out that large companies are great, but they can go bankrupt or leave a city, doing a lot of damage to the community, while focusing on many smaller businesses is more sustainable.

Evan Absher of the Kaufman Foundation pointed out that young companies generate nearly all net new jobs and that Knoxville, Chattanooga and Nashville create about half of all new jobs in Tennessee. He pointed out that Knoxville has more startups than Chattanooga. He suggested, among other things, that we should reconsider tax incentives, stating that these large companies do not create new jobs. Suggesting that small companies, or entrepreneurship creates jobs, he said, “every penny we give to large companies takes away from small companies. He said that new companies don’t really need grants, they need customers and the government needs to provide a entrepreneurial culture.

One theme that seemed to suggest Knoxville is ripe for such a culture was that interconnectedness is a powerful asset – something this city has in spades. Strongly recommended was that successful communities will bring under-represented groups like minorities and women into the mix. As an example, foreign immigrants are twice as likely to form a company and become an entrepreneur. Also essential is a strong presence of cultural amenities. Culture attracts entrepreneurs. Dana Mauriello, Director of Seller Category Growth at Etsy continued the emphasis on small “makers” or businesses. She emphasized that policy makers need to communicate clearly to entrepreneurs the ways in which government can help them. She said the perennial need faced by small businesses is the need for space and for skilled labor.

Wednesday’s event was The Works: Demo Day2016, hosted by Scripps Networks. Eight different companies were represented and the owners of each worked all summer with the help of mentors to refine their business models and presentations. Four “Codeworks,” presentations focused on technology and four “Media Works” companies, representing content generation made their pitches to investors.

All the presentations had their strengths, but one caught my attention as I previewed them in the days before the event. Teri Johnsona, AKA Travelista Teri is CEO of Travelista. She produces amazing video content of her adventures all around the world. The adventures share a quirky theme: scent. She’s looking for the most exotic scents in the world – which she uses to produce branded candles.

I conducted a phone interview to find out more about her and the business. Originally from Houston, she attended graduate school in Florida and accepted a corporate job in New York City, where she had interned and fallen in love with the international flavor of the city. Fluent in three languages, fresh degrees in hand, she was a rising star in that world, but she walked away.

She said family and friends asked her, “Don’t you want a 401K?” She said, “I may not have amazing security, but I have a great quality of life,” saying she wants to create things that last and to document culture. She says her family has a “traveling gene,” pointing out that he grandparents traveled a lot and that travel became sort of a “family value.”

After taking a video editing class, she began her new business while still working her corporate job. She said it was hard, the hours were long, but you do what you need to do when it’s important enough. A turning point for her was a 2010 six figure contract for branded content for the Ford Fiesta. By then she had transitioned to being a consultant for her company and that allowed her the luxury of travel as she generated content for the new business.

The Media Works program she’s worked through this summer has helped her focus on developing her company as a scalable business with a board of directors and three and five year business plans. She created Travelista Enterprises and told me she defines a “travelista,” as ” a woman who is curious about the world and other cultures.”

She’s produced content for the Travel Channel online, but she’d like to have an on-air series. Her focus would be “connecting people, culture and fragrances.” She sees such a focus on food programming that she feels there is an opening for something different, which is where her scent idea has emerged. Her adventures along the way are captivating. I’m including one video here, but you’ll find lots more on her Youtube Channel.

The week’s events ended yesterday with Startup Day 2016 featuring a guest presentation by Paul Singh, venture capitalist, and featured six pitches to a large audience at the Bijou along with a panel of judges seated on the stage. All these presentations were local. Graham Taylor with T&T Scientific has teh winning pitch with “LipX, a time-saving, single use extrusion device that researchers can use to prepare liposomes for use in a wide range of research applications. Unlike the gold standard device which requires 45-60 minutes to assemble and clean with each use, LipX is ready to use out of the package and does not require the use of harsh chemicals for cleaning. ” His company received $5,000 seed money and the chance to get greater support from the investors gathered for the pitches.

Why does all this matter? It’s an important component of having a vibrant, growing city. The fact that we are in a position to host an event that attracts entreprenuers from across the country and companies like Etsy and the Kauffman Foundation shines a light on Knoxville as a hub for innovation and exciting entrepreneurial activity.

A couple of business notes: First, over 1100 of you receive emails each time I publish a new article. (If you don’t, you might consider subscribing in the box to the right.) I understand that these emails have not been as dependable in recent days. This is a technical issue with WordPress and is impacting blogs and websites worldwide. I suspect it will be corrected, soon. Second, remember to tune into Knoxcentric: Powered by Inside of Knoxville on WUTK, 90.3 FM (and streamed here) at 10:00 AM Sunday morning when my guests will be Brian Salesky of the Knoxville Opera Company and Pedro Romos with the Hola Festival.