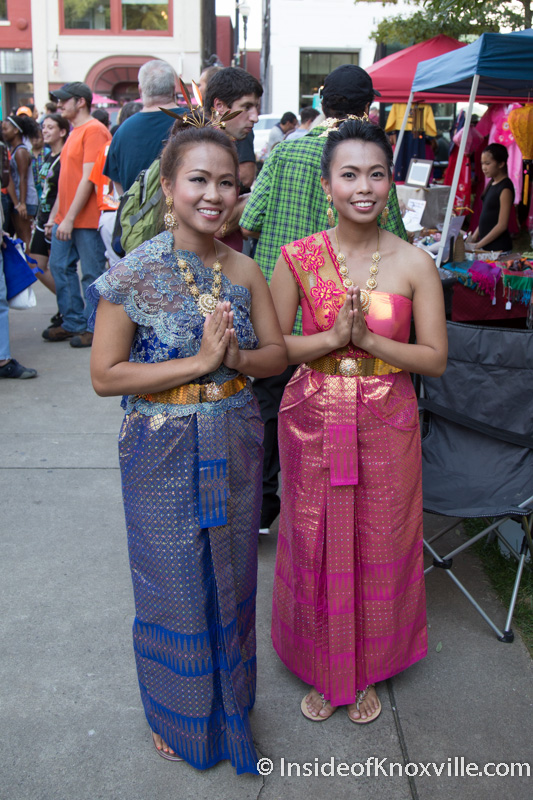 It’s hard for me to pick a good weekend to leave town. When I realized recently that I would need to be away for a couple of days, I deliberately chose to be here for the Asian Festival and Blankfest next weekend. More about those below, but the weekend I chose, the on that just ended, turned out to be full of great activities, as well. I hope many of you made it to the East Tennessee History Fair, the Emory Place Block Party and Sunset on Central. That’s quite a Saturday. Sadly, I missed them all.
I plan to be on hand next weekend, however, for Blankfest and the Asian Festival. The two together represent so much of what is great and what I want for our city. The musical talent in this town can’t be overstated and Blankfest (along with Waynestock in January) is one of the very best opportunities to hear some of the finest bands Knoxville has to offer. Also bringing in excellent bands from outside the city, and with an expanded three-day celebration, Blankfest is a must for serious music fans in the city.
The Asian Festival started two years ago as a very small effort to present a culture which doesn’t get much play around town. Knoxville’s various, small Asian communities represent such a tiny portion of our over-all population, that they may be easily missed. According to the 2000 census, the group represents just under 1 1/2 % of the city’s population. Still, that’s over 2500 people, so it’s fun to join with them for a festival that helps the rest of us understand their various cultures just a bit better.
Blankfest kicks off Friday night and runs through Sunday, starting at 5:00 PM each day. Sponsored by Blank Newspaper, like the Asian Festival, this is also the third rendition of Blankfest. In addition to musical artists, cabaret and comedy will also be available. All performances will take place in Market Square venues, including the Market Square Stage. Performances on the outdoor stage will be free, while a $25 wristband grants access to all venues, all week long. VIP passes are also available and a portion of sales will benefit Positively Living.
As for the music, you’ll find many of my local favorites including a number I’ve written about here, from Hudson K and Bark to Heiskell and Guy Marshall. You’ll get a chance to hear new material from Southern Cities, who were featured on last week’s edition of Knoxcentric: Powered by Inside of Knoxville (90.3 WUTK, 10:00 AM Sunday mornings). Headliners Perpetual Groove from Athens, Georgia, promise to deliver a high energy highlight. Rusty promised the greatest light show the square has ever seen.

The Asian Festival runs 11:00 AM to 6:00 PM Sunday and, as you can see on the map, takes up all of Market Square as well as Krutch Park, and parts of Union Avenue and Market Street. This year marks a new day of the week for the festival (previous festivals were held on Saturday) and a much expanded footprint. Previously, the entire festival nestled into Krutch Park extension, but last year it became obvious more space was needed.

Much of the focus is in two directions: children and food. Many, many activities and programs will appeal to children, entertaining them while teaching them about Asian culture. At the Japan tent, children may get a passport to be taken to the various country tents for stamps and returned to the Japan tent for an award of a Japanese snack and origami. Children will also enjoy water baloon games, Tamaire (Japanese ball games) and a Japanese Robot coming from the Japanese embassy. Of course there will be face painting and lots of crafts. 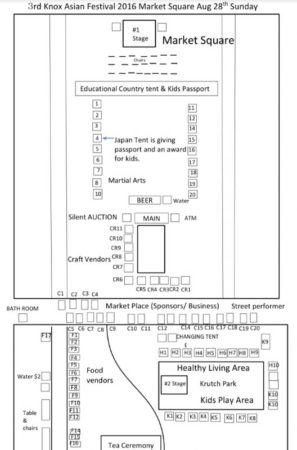 Authentic cuisine from many different countries will be combined with education about the utensils and preparation used. Performances will be held on multiple stages, and will include martial arts demonstrations, music and dance. Artisans will demonstrate bonsai, origami, pottery and more. A healthy living section will focus on traditional screenings for high blood pressure, vision and more, while presentations regarding yoga and other Asian healing arts will also be integrated.
It’s another wild, eclectic, fun weekend headed our way. And this is one I do not intend to miss. I hope to see you there.